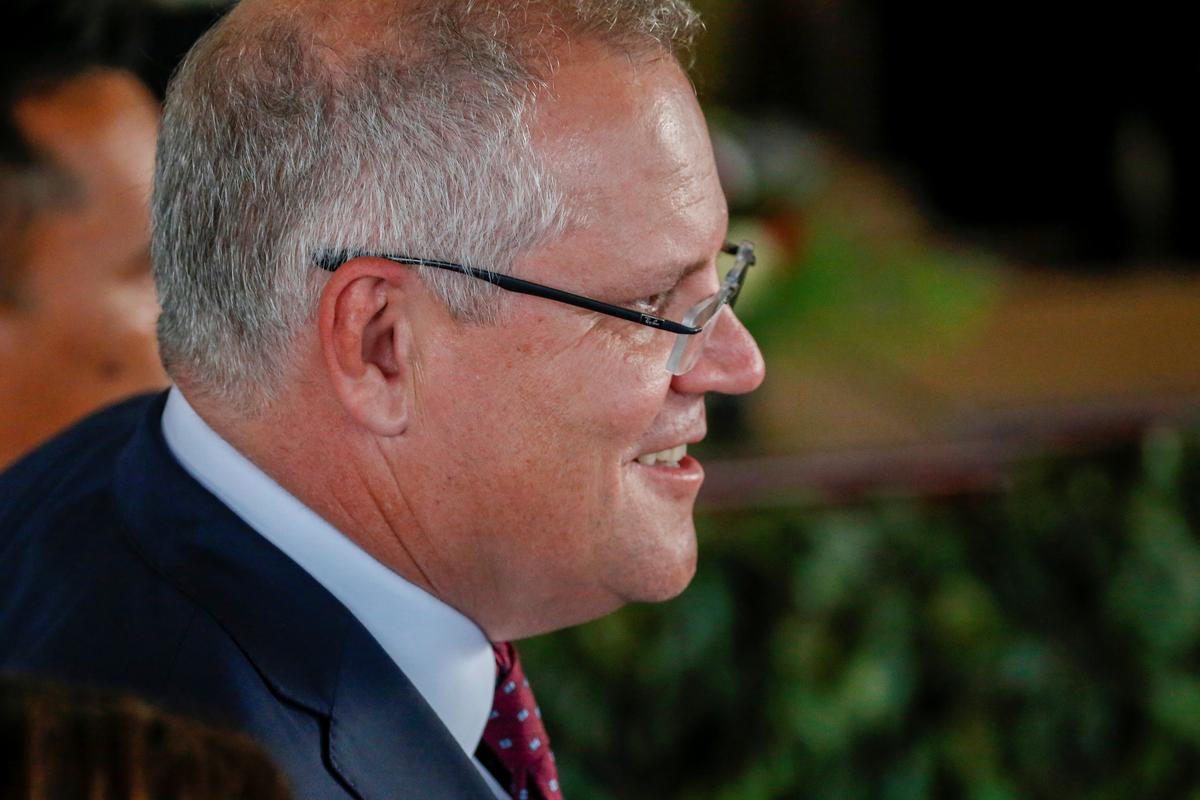 MELBOURNE (Reuters) – Australia’s deadly wildfires have opened up a small window of opportunity for the country to break a decade-long impasse on climate policy, as some politicians and big business push for major change.

“Eighty percent of the public wants to see us addressing climate change. The impacts are real. We are experiencing them now,” Steggall, who plans to introduce the bill into parliament next month, told Reuters.

Steggall and other crossbench politicians are pushing for all lawmakers to be allowed a conscience vote on the bill. That would enable members of the Liberal Party and main opposition Labor Party who oppose building new coal-fired plants and have constituents pressing for more climate action to unite to pass the legislation.

But it will be an uphill battle as Prime Minister Scott Morrison faces fresh calls by some in his conservative government to fund new coal-fired power stations, a policy popular with some voters because it stabilizes jobs, boosts power supplies and keeps a lid on energy prices.

Without substantial support from Labor and moderates in the Liberal-led coalition government, the bill is unlikely to pass.

The issue of climate change has plagued leaders of Australia for the past decade, contributing to the downfall of at least three prime ministers. As the world’s biggest exporter of coal and liquefied natural gas and one of the world’s biggest carbon emitters per person, Australia has also come under fire from global climate activists and the United Nations for not taking more responsibility to curb global warming.

Morrison acknowledged last week climate change was a factor in what he has dubbed Australia’s “Black Summer”, in which bushfires have killed 33 people, charred nearly 12 million hectares (29.7 million acres) of land and wreaked billions of dollars in damage.

That was a slight shift from remarks made as recently as January, when he largely blamed a lack of preemptive burn-off to clear hazardous vegetation and a three-year drought for the devastating bushfires.

“What it shows is there’s a recognition that climate change is problematic for Australia and we need to take more action to protect ourselves against the consequences,” said Mark Howden, director of the Climate Change Institute at Australian National University.

The Business Council of Australia (BCA) is backing Steggall’s proposed legislation, which includes a call for five-year plans to meet specific emissions budgets, to create certainty for investors.

“If we could get the two political parties to agree to that and legislate it, we would have made a massive advance in this country, because we would know where we’re going,” BCA Chief Executive Jennifer Westacott said on Australian television on Monday.

The quandary for politicians is that Australia’s big manufacturers are heavy power consumers, in turn dependent on the country’s abundant, but heavily polluting, coal and gas supply.

Protecting those sectors and keeping energy prices down has led to a decade of flip-flops on climate policies. That has left the country on track to miss its emissions reduction target under the Paris Climate Accord, according to the government’s own projections.

Labor, which failed to oust the coalition government in an election last May after alienating voters in coal mining-heavy districts, urged Morrison to allow debate on Steggall’s bill but stopped short of endorsing it.”Labor welcomes any constructive effort to progress climate action and looks forward to continuing to engage with Zali Steggall about her Climate Change Bill,” the shadow minister for climate change and energy Mark Butler said in a statement.

Energy and Emissions Reduction Minister Angus Taylor did not directly answer questions from Reuters about whether the government would support the bill, but said he expects to deliver a long term emissions reduction strategy before the next U.N. climate summit in Glasgow in November.

“The pathway to meaningful impacts on global emissions is through development and deployment of new technologies. The answer is not a new tax or more bureaucracy,” Taylor said in emailed comments.

For Australia to meet its Paris accord target of cutting carbon emissions by at least 26% from 2005 levels by 2030, it needs to cut annual emissions to 462 million tonnes of carbon dioxide equivalent (Mt CO2-e).

Despite Morrison repeatedly boasting that Australia will meet that “in a canter”, the government forecast in December that Australia’s emissions would fall to 511 Mt in 2030, only 16% below 2005 levels.

“The tension gets higher and the need to act gets more pressing, but the fundamentals that have slowed governments to date haven’t gone away,” said Matthew Warren, a former energy industry leader working as a consultant with the BCA. “That’s what we’re trying to wrestle with.”

‘Our epidemic could exceed a million cases’ — South Africa’s top coronavirus adviser
NASA Mars Rover Perseverance Is Brawniest and Brainiest One Yet, to Lift Off on July 30
‘It is going to be brutal’: What to expect as oil and gas majors unveil their second-quarter results
How I navigated a new job during the coronavirus pandemic
Intel offers disappointing Q3 earnings guidance as it delays next-generation chips