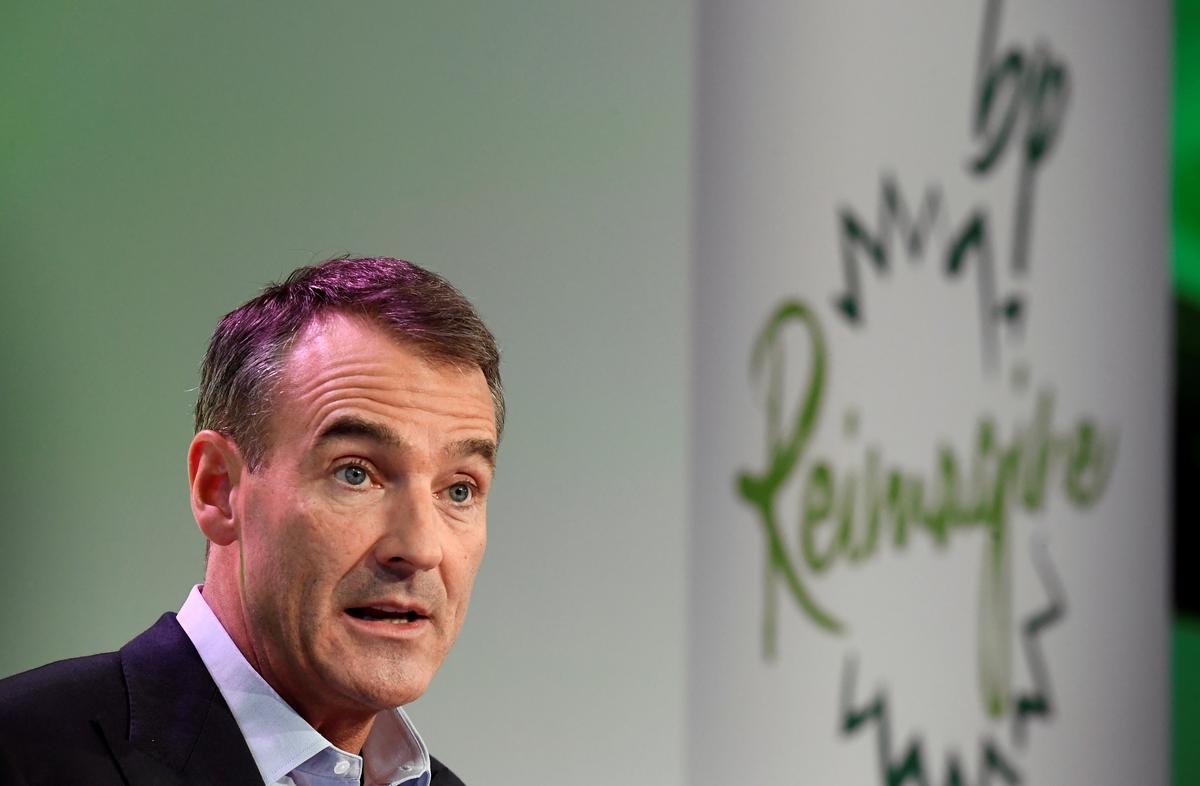 LONDON (Reuters) – BP plans deep cuts to its carbon emissions by 2050, setting one of the oil sector’s most ambitious targets, as part of the biggest overhaul in the company’s 111-year history by new chief executive Bernard Looney.

The targets set out by Looney on Wednesday put BP ahead of rivals Royal Dutch Shell (RDSa.L), Total (TOTF.PA), Equinor (EQNR.OL) and all of the U.S. oil majors.

“We have got to change and change profoundly because the world is changing fast and so are society’s expectations of us,” he said in his first major speech as CEO.

“We need to reinvent BP,” he said earlier in a statement.

BP did not specify how it intends to reach its 2050 targets to get emissions from its operations and barrels produced to net zero and halve the intensity of emissions by all products it sells, which include diesel or petrol.

Smaller Spanish rival Repsol (REP.MC) has set similar net zero carbon targets for the oil products it sells, also known as Scope 3, at a cost of more than $5 billion. This does not include emissions from products it markets but which were produced by other groups, Repsol said.

The huge scale of BP’s operations puts its aims at the vanguard in oil and gas.

BP has tried reinventing itself before. A pioneering plan to build a large renewables business in the early 2000s ended with huge losses.

Since then, the world’s top oil and gas companies have come under heavy pressure from investors and climate activists to meet the 2015 Paris climate goal of limiting global warming to below 2 degrees Celsius from pre-industrial levels.

“The world’s carbon budget is finite and running out fast; we need a rapid transition to net zero. We all want energy that is reliable and affordable, but that is no longer enough. It must also be cleaner,” Looney added.

Shares in BP were up 1.3% at 1423 GMT, roughly in line with the broader European energy sector index .SXEP after the news, which confirmed a Reuters report in January.

BP’s absolute net zero carbon target relates to every barrel it produces, based on its equity stake in oil and gas fields, from the well to the petrol station. It does not encompass oil products which BP markets but does not produce itself.

This is a uniquely structured target for oil majors, which, apart from Repsol, have not set any absolute reduction targets for any of its Scope 3 emissions.

BP, which produced around 2.64 million barrels of oil equivalent per day in 2019, said it would cut its emissions to net zero from some 415 million tonnes of carbon dioxide equivalent a year.

A spokesman said near-term plans would be published by a September investor day.

One way of reaching greenhouse gas reduction targets is to offset certificates and bet on carbon capture and storage technology which is not yet used at a commercial scale.

U.S. groups such as Exxon (XOM.N), Chevron (CVX.N) and ConocoPhillips (COP.N) are far less ambitious with their greenhouse gas reduction targets than their European rivals.

Anglo-Dutch group Shell has set Scope 3 targets based on intensity rather than on absolute reduction terms.

Intensity-based targets measure the amount of greenhouse gas (GHG) emissions per unit of energy or barrel of oil and gas produced. That means that absolute emissions can rise with growing production, even if the headline intensity metric falls.

Scope 3 emissions vastly exceed greenhouse gases caused by the production of crude oil, natural gas and refined products, including electricity generation, typically by a factor of about six among oil majors, according to Reuters calculations.

“How will they reach net zero … When will they stop wasting billions on drilling for new oil and gas we can’t burn?,” Charlie Kronick, Oil Advisor from Greenpeace UK, said.

BP will set “new expectations” for relationships with trade organisations and be ready to quit them if they are not aligned.

In one of its biggest-ever changes, BP will dismantle the traditional model of an oil and gas production, or upstream, unit and a refining, trading and marketing, or downstream, unit.

A new production and operations unit, which include oil and gas production as well as refining and chemicals, will be led by Gordon Birrell.

Meanwhile, customers and products will be led by Emma Delaney, gas and low carbon energy by Dev Sanyal, while innovation and engineering will be led by David Eyton.