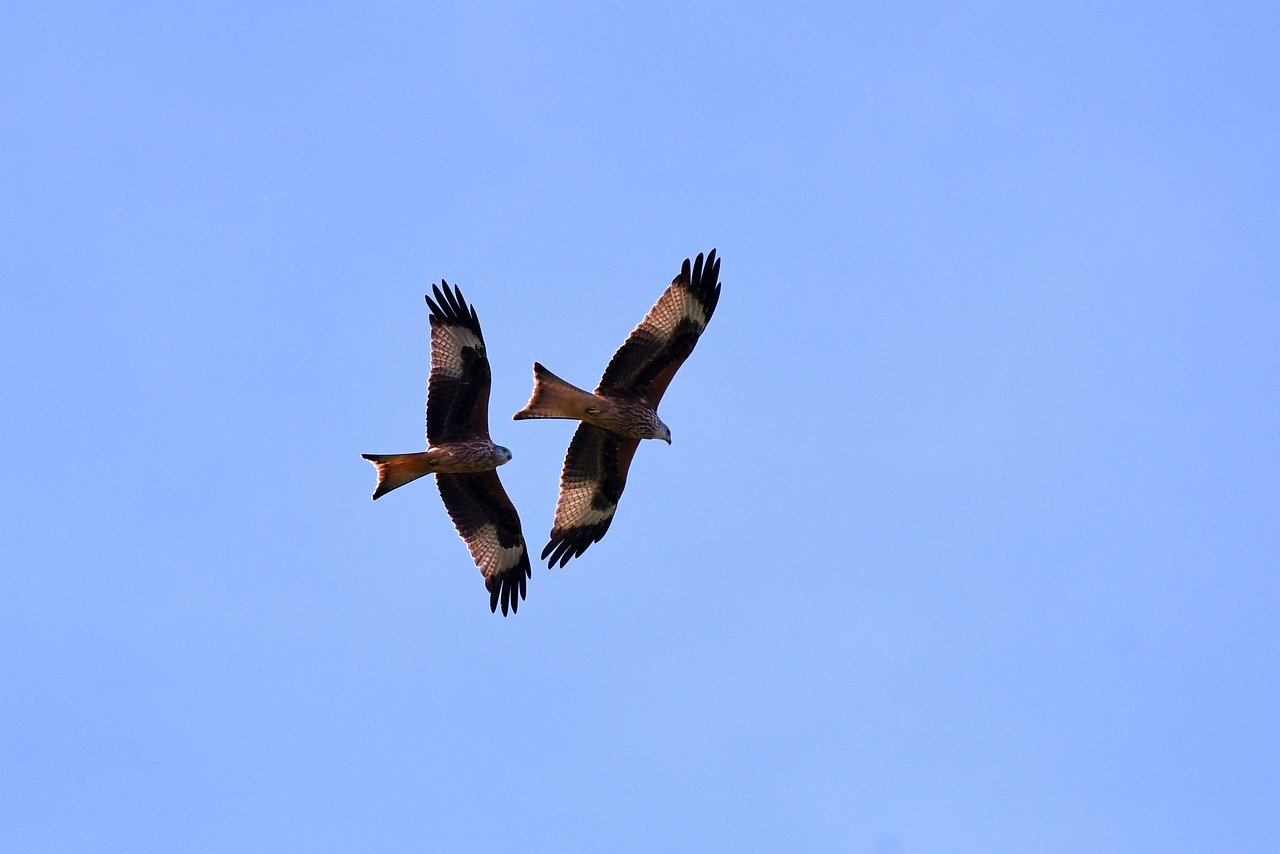 In July of 1990, 13 young Red Kites were brought from Spain and released in Chiltern Hills. Thirty years after, experts pride that the Red Kite has grown into 1,800 breeding pairs and 10,000 individuals across Britain. The initiative is recognized as one of the most successful reintroduction projects in the world, and more species have been reintroduced and are on the waiting list of a comeback since.

Red Kites are recognized as one of Britain’s distinguished birds of prey. Its distinct features are its angled-wing, forked tail, reddish-brown body, and a unique “mewing” call.

According to Jeff Knot of RSPB, one of the organizations that initiated the reintroduction in Chiltern, people interested to see a red kite had to arrange for a special trip to a handful of sites in the 1980s.

Today, Red kites are a common sight for millions of people. Knott emphasized that the species had leaped from being at the brink of extinction to increasing the population to 10 percent of the entire world population. Knott prides the initiative as one of the species success stories in the conservation history of the UK.

These magnificent birds used to breed across the UK. Red Kites were known in the 1400s as scavengers in the UK, feeding on carrion and rubbish. Over centuries, persecution and egg collection has caused the massive decline of the Red Kite population to a few breeding pairs in Central Wales. In 1990, only 38 were raised in its Welsh stronghold.

According to Tony Juniper, the chair of Natural England, the government’s conservation watchdog, the success story of the Red Kite in Chiltern Hills prompted a “pretty strong momentum” for other reintroductions.

National England issued licenses to allow the release of five white-tailed eagles on the Isle of Wight to reintroduce the raptor to England. The 25-year environmental plan is committed to the reintroduction of species provided that there are environmental benefits.

Juniper is optimistic that the white-tailed eagles, which was spotted in Oxfordshire and London, would have the same success as the red kites.

Other reintroduction projects in the pipeline are beavers and white storks.

The beavers that were reintroduced to Scotland are now considered as protected native species. In England, scientific studies on beavers on the River Otter in Devon revealed that they provide enormous environmental benefits for biodiversity, flood management, and water quality and tourism. The government has yet to authorize its reintroduction program. Juniper attributed the delay to the coronavirus crisis.

The issuance of a license for lynx and wildcats may also take longer, Juniper said.

Juniper also mentioned that another reintroduced species, the white stork has fledged in the wild. This is the first fledged chick spotted in Britain since 1416.

Despite concerns raised by conservationists on the impact of the predatory birds on rare amphibian and reptile species, Juniper had no doubts on the white stork’s comeback.

For him, animals like the white storks and white-tailed eagles are ambassadors of natural recovery. The success of these big animals to thrive in the wild indicates a healthy, natural environment.

Forging Partnerships: Eco Plant and Atlas Machine Works Together to Bring Green IoT Solution to U.S. Factories
‘We’re in one of the cataclysmic times of change’: first female NSF director on discrimination and COVID-19
Behind Microsoft’s bold plan to build social equity into clean energy buying
We Are NASA
Chocolate Chip Cookies | How It’s Made