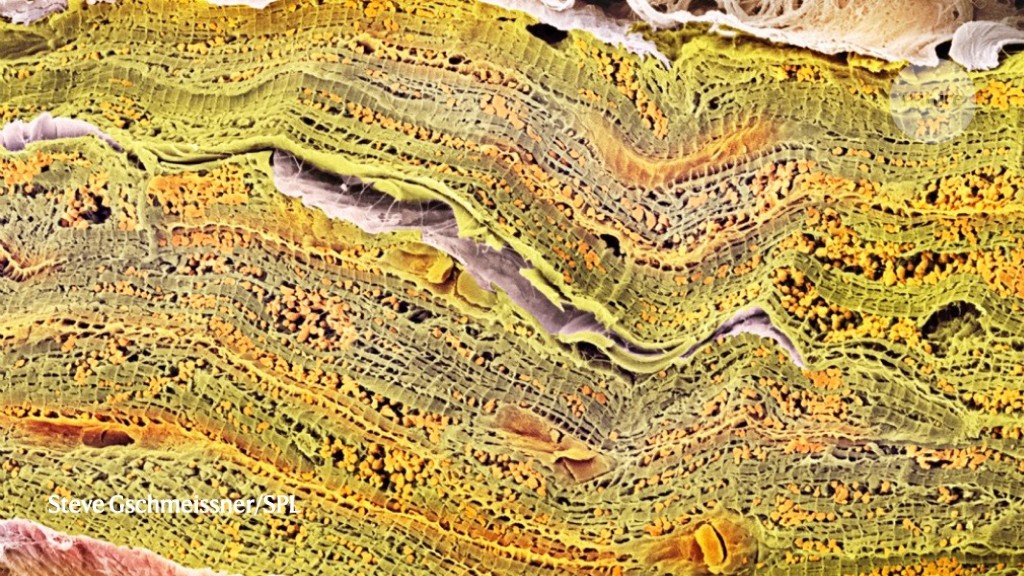 A 3D bioprinted ‘cardiac patch’ might be able to repair the damage caused by a heart attack.

Myocardial infarction, or heart attack, is a leading killer that permanently damages heart-muscle cells called cardiomyocytes. Researchers are interested in repairing the damage using cardiomyocytes made in the laboratory from stem cells, but integrating such cells into the heart has proved challenging.

Lijie Grace Zhang, at the George Washington University in Washington, DC, and her colleagues used 3D bioprinting to create patches of stretchable gel scaffolding that matched the curvature of the heart and could expand and contract as the heart beats. After being loaded with cardiomyocytes made from stem cells, these cardiac patches were placed onto the hearts of mice that had survived an experimental form of myocardial infarction.

After four months, the patches were still attached to the rodents’ beating hearts and had acquired a blood supply. The patches had also stimulated heart-muscle formation, providing a potential avenue for therapies that repair heart damage.

iPhone users can now get a first look at the biggest changes coming to their phones this fall
Surrounded by trees and with 1,200 solar panels, this Norwegian building could change how we think about factories
Amazon to buy bio jet fuel to lower air cargo emissions
Warren Buffett’s Berkshire buys Dominion Energy natural gas assets in $10 billion deal
UK pledges £3 billion to make economy greener, but environmental groups say it isn’t enough