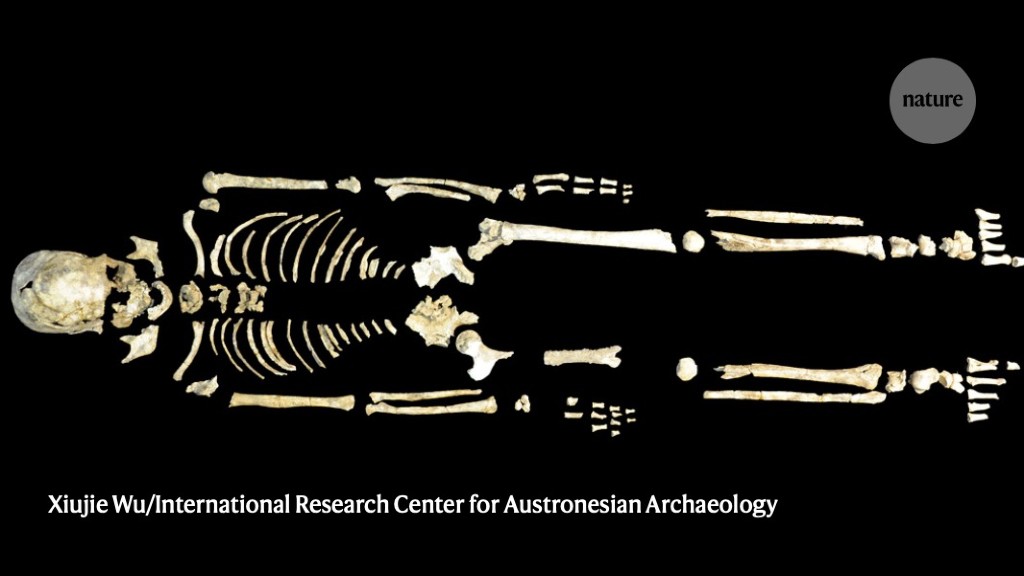 Ancient genomics is starting to unravel the history of East Asia. The first large-scale studies of ancient human genomes from the region suggest that many of its inhabitants descend from two once-distinct populations that began mixing after the development of agriculture some 10,000 years ago.

The studies also reveal connections between ancient humans that extend from southern China to the South Pacific, and a link between coastal inhabitants that could offer clues about how humans came to settle in East Asia.

The findings come from a 14 May study in Science that analysed the genomes of two dozen ancient Chinese people1, and a March preprint that looked at nearly 200 ancient genomes from across East Asia2. 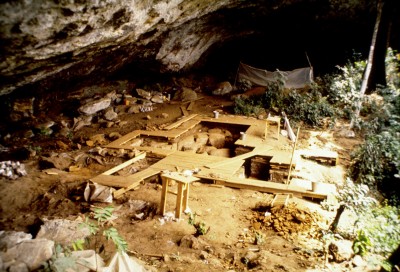 Contemporary East Asians descend, by and large, from humans who left Africa 50,000 to 100,000 years ago. But researchers know little about the ancient population shifts that have since shaped the genomes of the region’s 1.7 billion current inhabitants. Only a handful of ancient-human genomes from East Asia have been published, and it is not clear how key events, such as the spread of farming — which drastically altered the genetic make-up of western Eurasians — affected this part of the world.

A team led by Qiaomei Fu, a population geneticist at the Institute of Vertebrate Paleontology and Paleoanthropology in Beijing, analysed the genomes of 24 individuals who lived in East Asia, including what is now China, between 9,500 and 300 years ago. Most of the genomes came from archaeological sites in the Yellow River Basin in northeastern China, or more than 1,000 kilometres away, in southeast China’s Fujian province.

During the early Neolithic period, around 10,000 to 6,000 years ago, people from these two geographic regions were genetically distinct, Fu’s team found. But over time, they began mixing: contemporary Chinese trace much of their ancestry to the northern groups, but are also related to the ancient Fujian people to varying degrees (those from southern China tend to be closest). Fu’s team doesn’t know exactly when the two groups started to interbreed, but it saw signs that the northern genetic signature had begun spreading into southeast China by the time of the late Neolithic 5,000–4,000 years ago.

This suggests that farming in East Asia could have spread through mixing of farmers and hunter-gatherers, says Ling Qin, an archaeologist at Peking University in Beijing. That’s different from what ancient-genome studies have found in western Eurasia, where farmers with Middle Eastern ancestry largely replaced hunter-gatherers in Europe.

Farmers in the Yellow River Basin also moved west. A team led by David Reich, a population geneticist at Harvard Medical School in Boston, Massachusetts, who is a co-author of Fu’s study, analysed the genomes of 20 5,000-year-old individuals from this region and found connections with contemporary Tibetans. Their results are part of a study of 191 ancient individuals from East Asia that was posted to the bioRxiv preprint server on 25 March.

The studies also revealed some surprising long-distance connections. Neolithic people who lived near China’s coast, whether in the northeast or southeast, shared some ancestry with ancient individuals from coastal sites in southeast Asia and Japan. “That means the entire coast of East Asia is a really important place for people to migrate,” says Fu. Reich and his team found a similar connection, which they say could be evidence that modern humans first settled in East Asia along a coastal route. 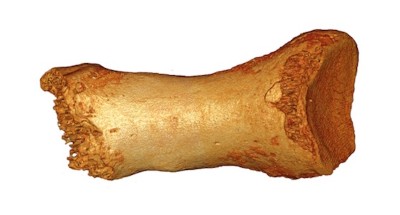 Ancestry from southeastern China stretched even farther afield. Neolithic individuals from Fujian and islands in the Taiwan Strait were closely related to ancient islanders from Vanuatu in remote Oceania, Fu’s team found. Previous ancient-genome studies had recorded the spread of this ancestry from East Asia to Oceania, and Fu’s study suggests that this group originated in southern China.

This conclusion makes sense, says Matthew Spriggs, an archaeologist at Australian National University in Canberra. Archaeological and genetic evidence has linked the South Pacific migration to ancient humans in Taiwan, whose Neolithic inhabitants probably came from southern parts of the mainland. “I am very pleased to see this paper,” he says of Fu’s study.

Qin says that the ancient southern Chinese people in Fu’s study lived in an isolated pocket that might not be representative of the wider area. A priority should be sequencing DNA from early farmers from the Yangtze River Basin in southern China, a centre for rice domestication and a potential source of other migrations, she adds.

The studies also give researchers hope that ancient genomics will help them delve even deeper into East Asia’s early history. Pontus Skoglund, a population geneticist at the Francis Crick Institute in London, would love to know whether the first Homo sapiens to settle in the region interbred with Denisovans, an extinct group of hominins. “I think one of the most exciting open big questions of the region relates to the pre-Neolithic settlement — who were the earliest modern humans in the region?” adds Martin Sikora, a geneticist at the University of Copenhagen.