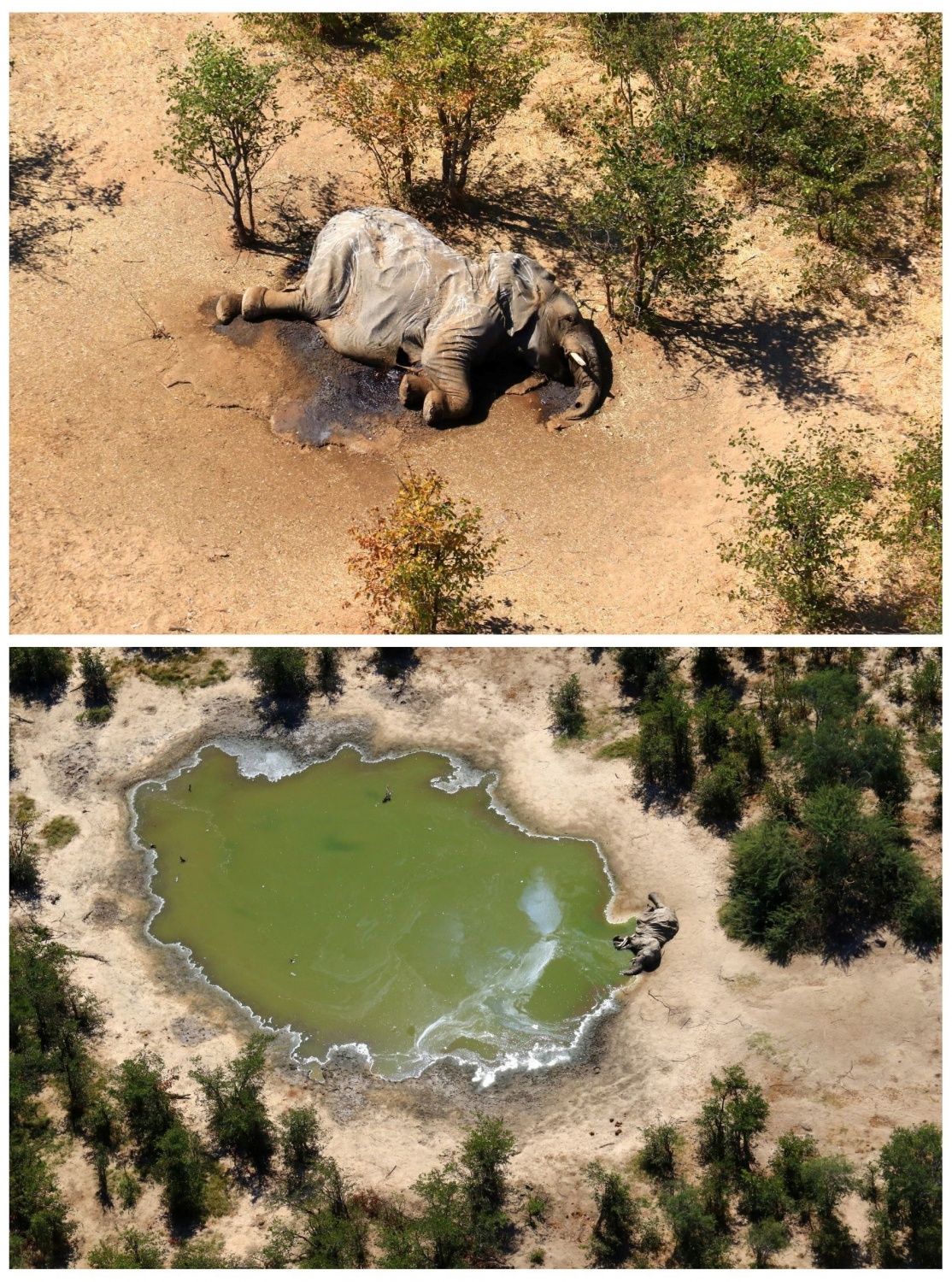 Africa and Zimbabwe to study the samples taken from the dead elephants as elephant deaths in Okavango Delta rose to more than 350.

The cause of the elephants’ death in Botswana is still unknown.

On May 25, Elephant Without Borders (EWB), a conservation organization, first alerted the government of the mysterious elephant deaths when they spotted 169 dead elephants in a three-hour flight, according to Dr. Niall McCann, of the UK-based charity National Park Rescue.

After further investigation, carcasses rose to over 350 as the aerial survey on June 14 recorded 187 more corpses. EWB also noted that the elephant’s mysterious death comes across all ages.

“This is unprecedented in terms of numbers of elephants dying in a single event unrelated to drought,” McCann said.

Botswana government has ruled out poaching as causes of death as tusks had not been removed.

Dr. McCann also expressed that if poachers used cyanide to kill the elephants, there should be other deaths. Still, the investigation noted that it is only elephants that are dying and nothing else.

Poisoning or disease has not been ruled out, however. Some farmers see elephants as a nuisance because it can destroy property and crops.

Animals appear to be dropping on their faces, and some are walking in circles point that the cause may have something that is potentially attacking their neurological systems, Dr. McCann said.

Last year, 100 elephant deaths were reported due to natural anthrax poisoning, which Dr. McCann has temporarily ruled out at the cause this year.

Other than elephants falling flat on their faces, carcasses are found clustered around waterholes.

An elephant was observed to be “walking in circles, unable to change direction despite the encouragement of other herd members.”

Difficulty in walking and symptoms or paralysis or limb was also observed among the live elephants.

Urgent action is needed to know if the cause of death is by disease or poisoning, Chase said.

Botswana government has taken samples from the dead elephants. Samples were sent to various laboratories all over the world. As early as May, samples have been sent to South Africa, but authorities say that the results are taking longer than expected because of the COVID-19 pandemic restrictions.

McCann describes the incident as appalling and added that as far as he can remember, this is the first time that an enormous number of elephants died from a mystery cause.

Successful conservation practices have caused the African Elephant population in Botswana to rise from 80,000 to more than 130,000. Ten percent of these elephants are in Okavango Delta, where the carcasses are found.

Dr. McCann thinks that elephant-specific parasite or even the pandemic COVID-19 are also possible causes of death, emphasizing that despite being a conservation matter, the massive deaths have the potential to be a public health crisis. Thus, it is crucial to get to the bottom of this concern as the lives of the lost elephant was “significant globally.”

The particle accelerator that’s serious about recycling
A newly discovered supermassive black hole opens a window to the early Universe
Covid-19 testing delays create a public health nightmare as schools and workplaces try to reopen
Who should get the Covid-19 vaccine first? It’s way trickier than you might think
Why did the atomic spy do it?