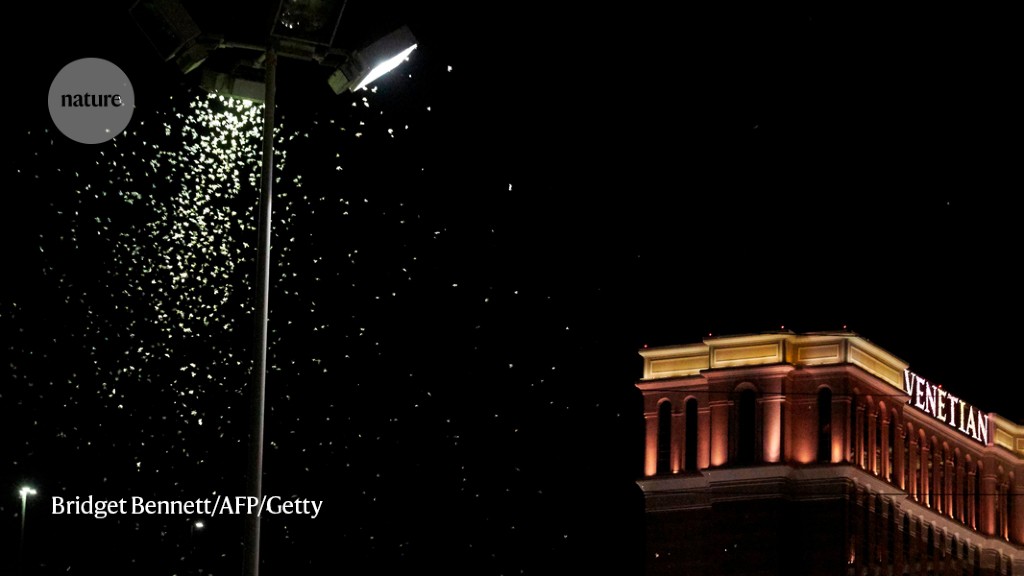 The neon lights of Las Vegas attract hordes of visitors — but not all come to gamble. Researchers have found that millions of insects were drawn to the city’s dazzling lights during what locals call ‘the great grasshopper invasion of 2019’.

In July 2019, pallid-winged grasshoppers (Trimerotropis pallidipennis) descended on southern Nevada in such numbers that they appeared on weather radar. Using 2.5 months’ worth of data from weather stations, Elske Tielens at the University of Oklahoma in Norman and her colleagues estimated the insects’ numbers and whereabouts.

The researchers found that the crowd of grasshoppers over Las Vegas grew in June and July 2019, reaching nearly 46 million on 27 July. During the day, the insects seemed to gather on the ground in vegetated areas. But, as darkness fell, increasing numbers of grasshoppers took flight and swarmed towards highly lit urban areas. The number of insects in the sky above Las Vegas tended to peak just before midnight.

The findings add to the evidence that the presence of artificial light at night can sway animal behaviour, the authors say.