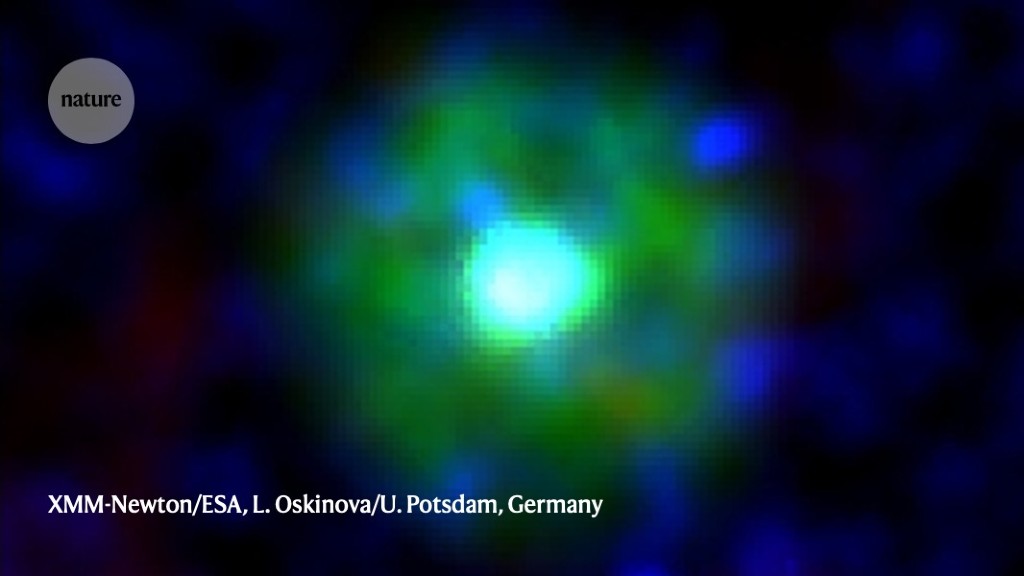 Unusual X-ray emissions from a star called J005311 suggest that it was created by the explosive merger of two ultra-dense white dwarfs, which are the type of object that the Sun will become at the end of its life.

A white dwarf’s atomic nuclei and electrons are squeezed together, allowing a regular star’s mass to pack into an Earth-sized orb. But a white dwarf cannot have a mass of more than 1.4 times that of the Sun; if it violates this limit, it collapses into an even more compact neutron star.

When scientists first described J005311 in 2019, they reported that it was too bright, and therefore too massive, to be an ordinary white dwarf. Lidia Oskinova at the University of Potsdam in Germany and her collaborators studied the star’s X-ray emissions and found evidence of a strange composition dominated by the elements neon and oxygen. This suggests that it could be the unstable product of two white dwarfs ― making it an entirely new type of star. The authors predict that it will collapse into a neutron star within 10,000 years of its formation.