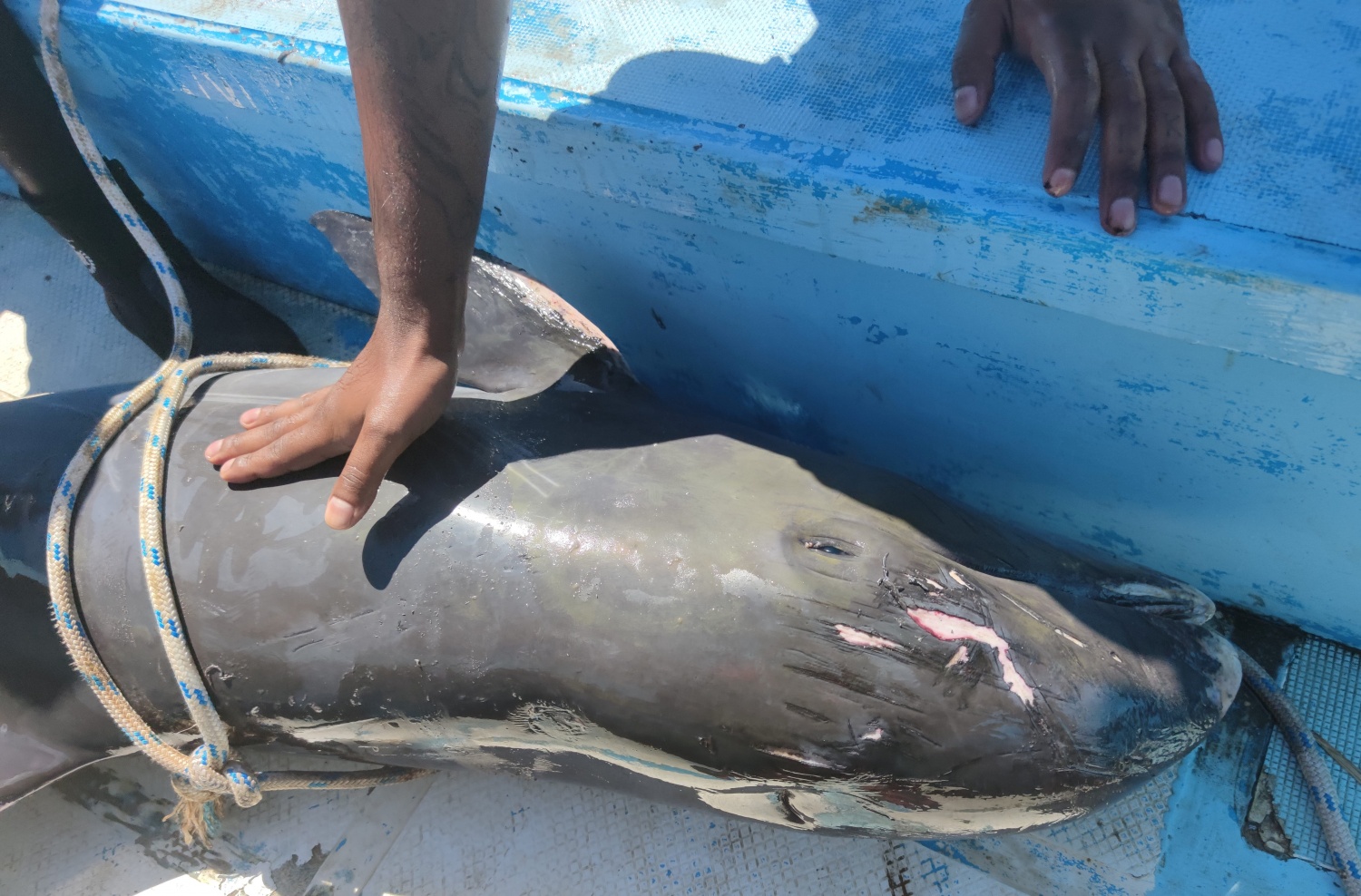 A video of the last moments of a mother dolphin and her calf have been circulating online a month after the disastrous Mauritius oil spill.

Minutes before the baby dolphin died, it rolled over on its side as the mother tried to stay its head above waters to stay alive.

Yasfeer Heenaye filmed the heartbreaking moment. He also reported that on Friday morning, he saw around 200 dolphins on the reef and around 25-30 dead dolphins.

READ: Mauritius Oil Spill One Month Later: How Bad is the Damage?

More Dolphin Deaths a Month After the Mauritius Oil Spill

As of Saturday, 39 dolphins, including the mother and the calf dolphins were found dead in Mauritian waters. It is not yet clear what killed the dolphins, and experts point that the chemicals from the fuels may be the cause.

The dead dolphins were reported a day after half of the ship was towed and sunk off the coast of Mauritius.

According to Jacqueline Sauzier of the Mauritius Marine Conservation Society, another concern is the long-term effect of the oil spill as the oil as “This is the first time that type of oil has spilled, so there have been no long-term studies on the impacts.” 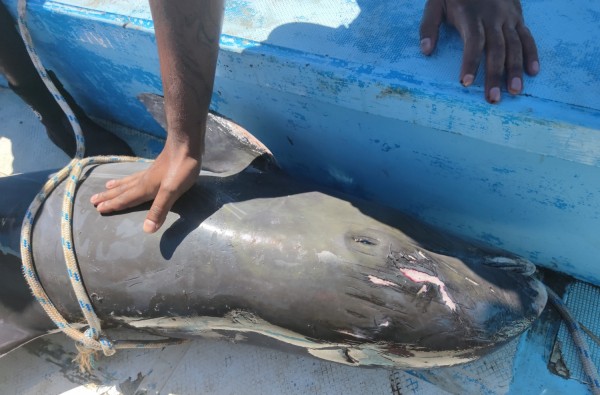 (Photo : REUTERS/Reuben Pillay)
A dead dolphin is seen on a boat as it is brought to the marine fish farm of Mahebourg, Mauritius August 28, 2020.

It has been after a month since the Japanese ship MV Wakashio struck a coral reef on July 25, causing the Mauritius oil spill that spilled approximately 1,000 tonnes of oil into world-renowned wetlands and marine wildlife sanctuary.

Examination by a government-run research center on the two of the dead dolphins indicates that it found signs of injury but no trace of hydrocarbons in their bodies.

The authorities of Mauritius said that they would conduct autopsies on all the dead dolphins and have then set up a commission to investigate the spill.

A demand for an independent investigation is being called for by the environmental campaigners saying that either the oil spill has killed the dolphins directly or they were affected when the ship was towed and sunk.

IN CASE YOU MISSED IT: Methane Leak: The Decade-Long Poisoning of the North Sea by a Major Gas Company

On Saturday, thousands of protesters marched through Port Louis to protest the government’s handling of the Mauritius oil spill and the discovery of the 40 dead dolphins.

The protest, which was dubbed as the biggest protest in the country called for the government to resign, with some wearing black shirts which say “I love my country. I’m ashamed of my government” and held signs like “You have no shame.”

Many were also waving flags and honking horns and drumming. Some Mauritians think the spill could have been prevented had the government done more to avert it.

The government’s inaction immediately after the spill and the decision to deliberately sink part of the ship off the waters of Mauritius were among the government’s response that earned widespread criticism.

Demonstrations were also held in other parts of the world, such as in London, Paris, and Perth.

Check out more news and information on Oil Spills on Nature World News.

What Can You Learn from Your Dreams?
New York and Boston maintain their lead
Electrify America updates pricing with fairer kWh-based model resulting in lower prices
Mitra the Robot Helps COVID Patients in India Speak to Loved Ones
Why Are We Morbidly Curious?