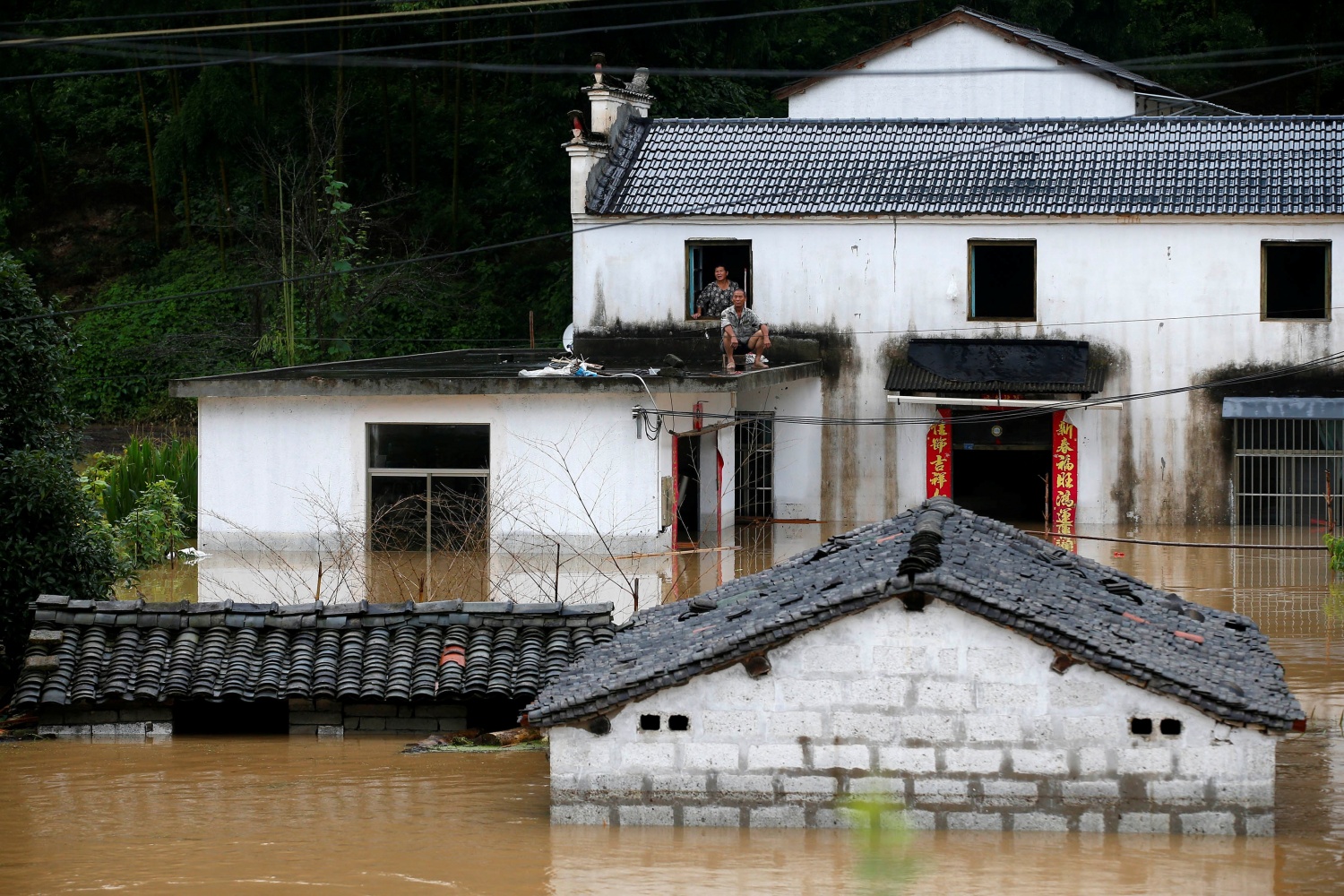 The Ministry of Water Resources elevated its emergency response for flood control from Level Four to Level 3 on July 4, Monday as what is now dubbed as the heaviest rains in decades continues. Level One is considered the highest level of response.

An estimated 20 million people are now affected by the heavy rains and severe flooding, and direct economic losses now amount to at least £4.7bn.

The torrential rains, which have been going on for more than 31 consecutive days, have caused severe flooding and mudslide in every province claiming at least 121 lives and the evacuation of more than 875,000 people, the China’s ministry of emergency management said.

Several areas of Hubei, where the capital city of Wuhan is located is heavily flooded. Helen Hai, a resident of Changyang county in Wuhan, Hubei said that because of the heavy and fast downpour, using windshield wipers is futile. Adding to her difficulty is driving past landslides and rocks falling from the mountainside.

Meanwhile, in Tongren, Guizhou province, a giant waterfall formed in the city center.

More than 100,000 peoples were evacuated in Chongqing, in Sichuan province as heavy floods ravaged homes

In the meantime, experts have consistently raised concerns on the integrity of the Three Gorges Dam to withstand this extreme weather event.

According to the Ministry of Water Resources, the middle and lower reaches of Yangtze Rivers, including the Dongting Lake and Poyang Lake are flooded while 16 rives in Jianxi and Anhui are on above-warning-level floods. Operations to reduce the amount of water in Three Gorges Dam and the Yangtze were undertaken. The said operations are also meant to relieve flood control pressure in the middle and upper reaches of the river.

On July 2, three flood discharging outlets were opened to alleviate the effect on the lower reach of the Yangtze River. The outflow of Three Gorges Dam has been limited to 35,000 cubic meters per second, minimizing the peak discharge of the Yangtze River at 30 percent.

Meanwhile, netizens are curious that despite the devastating damage of the heavy rains and flooding, the recent extreme weather event in the country is given very little attention.

According to Chinese hydrologist Wang Weiluo, the danger of the dams in rivers across southern and southwestern China where flooding is worst is being concealed by the Chinese officials. He said officials never disclose how a disaster is made and how it happens.

“Most people think floods are caused by extreme weather but it is mainly caused by the discharge of reservoirs and the result of flood control works,” he said.

Hai said that the government downplaying the crisis does not come as a surprise for her. She said it has happened before, not just with this flooding crisis. She admits it is hard to judge the government data but she has come to expect that the real situation is much worst.

The Chinese leader, Xi Jinping, issued his first public statement on the crisis on June 29, several weeks after the heavy rains started. He called on the public to” put people first and value people’s lives most in the fight against the floods.”