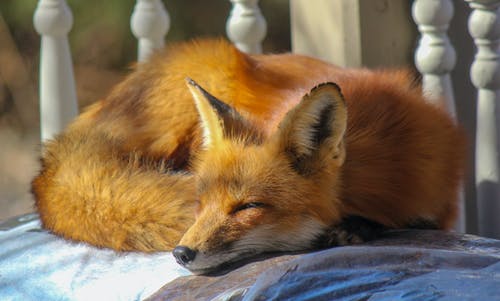 Animals, particularly prey that avoid predators, construct a map of their environments in their minds, navigate with this map to stay in safe areas while avoiding more dangerous ones; this is what scientists call “landscape of fear.”

We, as humans, particularly influence this “landscape” because we have the propensity and ability to kill almost everything. We routinely and ruthlessly kill animals from the very top down to the very bottom of nature’s food web.

Humans have the tools, the mental and physical capacity, and the technology that can efficiently carry out large scale killing. We use dogs to help us hunt game. Human activities cause routine damage and death, such as road kills and habitat destruction and degradation. Therefore, it is only natural that animals avoid us like the plague.

FIND OUT MORE ABOUT: Tubeworm Slime Glows for Days, But How?

With the pandemic, however, we have virtually disappeared from our environment, from the roads, the housing areas, the vast golf courses, and other places we used to dominate.

And the animals have noticed this. They have started to conspicuously relax, lower their guard, and re-invade the spaces they used to occupy. Ontario’s Western University biologist Liana Zanette, who has been studying the landscape of fear, says that all of these occurrences are consistent with the phenomenon. It can provide insights into the ways by which the wariness of people influences nature.

There is a reason for animals to fear humans. An analysis made in 2015 showed that human hunters kill games 14 times more than their natural predators. Humans routinely kill even apex predators like cougars at a rate nine times higher than those of other non-human predators. Biologists have even started calling humans superpredators.

WATCH THIS VIDEO: Snow Turns Green in Antarctica and Climate Change is the Culprit

Researchers such as Zanette have demonstrated the dreaded influence we have. The findings of an experiment in 2016 showed how European badgers are more afraid of humans compared to bears and dogs. Loudspeakers were made to broadcast sounds of bears, dogs, and people.

The badgers hid when they heard bear and dog sounds, but were eventually forced to leave their hiding places when the need to search for food became paramount. With human sounds, however, they never left their hiding places, not even to poke out their heads.

Even large and intimidating carnivorous mammals are afraid. Zanette, in a 2017 study, showed that sounds of human conversations on loudspeakers agitated cougars with too much fear that they even left their kill even if they have not yet fully eaten. The pumas ate only around half of what they usually ingest, just because people were apparently there.

A study in 2018 showed that fur seals and sea lions left their beach resting areas more when observing tourists became too loud or went too close.

With the “new normal” where fewer people are out in the open, wildlife has become less terrified. A University of California at Santa Barbara ecologist, Kaitlyn Gaynor, says that animals used to inhibit their movement and even become nocturnal just to avoid humans. Now, she says, the pattern is reversing.

In contrast, however, animals in urban areas and the suburbs are now more stressed as more people enter natural parks when they leave home.

Once the quarantine is lifted, Gaynor says that the readjustments of wildlife will not be sudden nor uniform. We should expect gradual changes back to the old normal. More creatures may be prone to roadkill because they are not anymore used to vehicles on the road, and therefore we should be more careful in driving. People will have to tolerate a few inconveniences to avoid harm to wildlife.

CHECK THIS OUT: EU Plans to Have 3 Billion Trees Planted by 2030, Other Strategies to ‘Bring Nature Back Into Our Lives’

Zanette and Gaynor say that this “accidental experiment” is an opportunity to study these effects. But Zanette is also frustrated that restrictions have hampered their study.

Gaynor says that seeing the animals going out again testifies to their resiliency and flexibility. It leaves her hopeful about wildlife’s capacity to recover from anthropogenic disturbance.