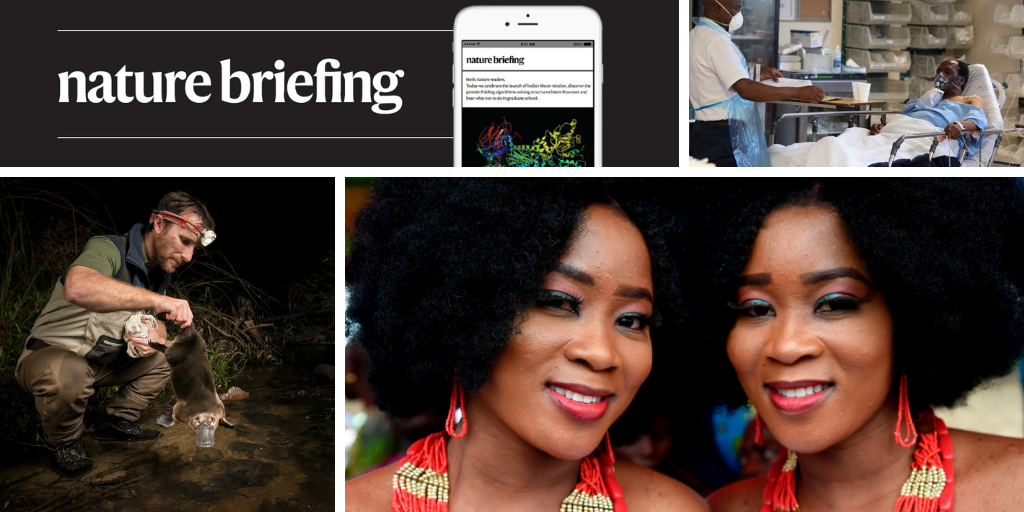 Scientists have quantified the small genetic differences between monozygotic twins. Researchers analysed the DNA of 381 identical twin pairs (and 2 triplets) and found thousands of mutations that appeared in one twin and not the other. Twins differed on average by 5.2 early developmental mutations, which occurred after the initial formation of the zygote. Some siblings differed by dozens of mutations, and some did not differ at all. “The implication is that we have to be very careful when we are using twins as a model” for teasing apart the influences of nature and nurture, says geneticist Jan Dumanski.

Researchers are racing to determine why SARS-CoV-2 variants identified in Britain and South Africa spread so quickly and whether they’ll compromise vaccines. The first laboratory results are trickling in, and many more are expected in coming days. Researchers are probing the viral variants and their constituent mutations in cell and animal models of SARS-CoV-2, and testing them against antibodies elicited by vaccines and natural infections. A preprint study (that has not yet been peer reviewed) published today found that a mutation shared by both variants did not alter the activity of antibodies produced by people who received the Pfizer–BioNtech vaccine.

Two drugs used to treat arthritis have been found to reduce the risk of dying from severe COVID-19. The study (which has not yet been peer reviewed) was a randomized controlled trial in about 800 people in intensive care. It found that tocilizumab and sarilumab could save the life of one in 12 people given the drugs. Either treatment also cut the time people spent in intensive care by about 7–10 days compared with people who received standard care.

An adjunct professorial appointment lets you enjoy your retirement without getting in the way of junior faculty members, writes molecular epidemiologist Juergen Reichardt.

Black holes are so odd that, after Einstein predicted tham with his general theory of relativity in 1915, many scientists wondered whether they could really exist. Now the thrilling gravitational-wave detections of black-hole mergers and first images of black holes have given us first-hand knowledge of the Universe’s most bizarre inhabitants. Exciting astronomical techniques allow physicists to directly observe how the real-world objects compare to the brain-boggling theoretical predictions. “Are black holes strictly the same as you would expect with general relativity or are they different?” asks gravitational theorist Clifford Will. “That’s going to be a major thrust of future observations.”

A tarot-card reader takes on the challenge of intuiting the future of a member of an alien species in the latest short story for Nature’s Futures series.

For more than a decade, wildlife ecologist Josh Griffiths has been trapping the elusive platypus (Ornithorhynchus anatinus) to survey the status of their population. “So much remains unknown about them — as solitary animals, they are very hard to capture,” says Griffiths. “The males have a venomous spur on each of their hind feet, so I always hold them by the tail.” Griffiths and his colleagues have developed a citizen-science app for people to submit platypus sightings. (Nature | 3 min read)