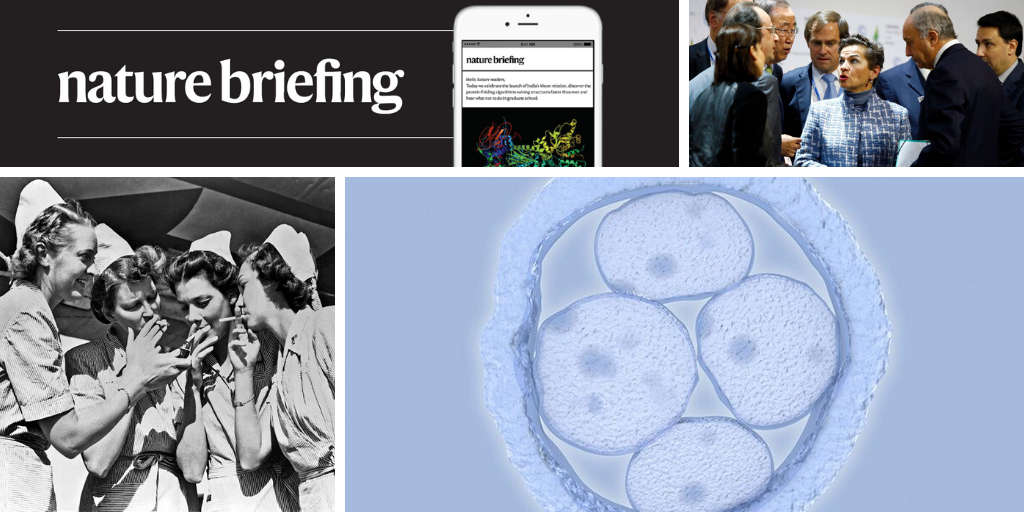 US scientists say they are finding it increasingly difficult to obtain federal funding for research that uses synthetic embryos. These embryo-like structures, made from human stem cells, allow researchers to investigate the earliest stages of human development while sidestepping the ethical minefield of working with real human embryos. Researchers say that they need clearer guidance on how a 1996 ban on federal funding for human-embryo research, among other laws and guidelines, applies to their work on embryo-like structures.

On Friday, a US court “reluctantly” quashed a climate lawsuit brought by 21 young people against the US government. The judge determined that “the plaintiffs’ impressive case for redress must be presented to the political branches of government” — not the courts. The youths can still appeal to the country’s Supreme Court.

Researchers are lauding radical changes to agriculture funding in England proposed by the UK government. The country’s imminent departure from the European Union will free policymakers to shift subsidies from their current focus on productivity to one on “public goods”, such as sequestering carbon and restoring habitats. Scotland, Wales and Northern Ireland, which control their own agricultural policies within the United Kingdom, are expected to follow suit — and other countries are watching keenly for the outcomes.

Of the many hurdles between humanity and a low-carbon future, “the greatest is mindset”, says Christiana Figueres. As executive secretary of the United Nations Framework Convention on Climate Change from 2010 to 2016, Figueres was at the sharp end of negotiations for the Paris agreement to slash global carbon emissions. “To get to what we achieved in Paris, we moved away from confrontational blaming-and-shaming to appreciating shared opportunities,” she says. “There could be no victory without optimism.”

A book by economist Robert Frank offers extensive evidence from studies across a number of disciplines on how peer pressure shapes the dynamics of smoking, drinking, obesity, consumerism and many other important social issues. There are gaps in the book’s overview, writes reviewer Thomas Dietz, but it’s a thought-provoking read at a time when crises such as climate change are looming.

A secretive US company threatens to make public privacy obsolete using a facial-recognition algorithm derived from academic papers. The tool offers to match a photo of any person with its database of billions of images scraped from the Internet — without consent and often in violation of the terms of websites such as Facebook. The company, Clearview AI, sells its tool to law-enforcement agencies, but how secure the underlying technology is, and whether it is legal, is unknown outside the company. Clearview AI investor David Scalzo thinks “there’s never going to be privacy” and accepts that technology “might lead to a dystopian future or something”.

Christiana Figueres, who spearheaded the the 2015 Paris climate agreement, has a message for the politicians, billionaires and celebrities gathering this week for their yearly networking meeting in Davos, Switzerland. (Nature)

Oil prices slip as coronavirus concerns linger
Car Headlights | How It’s Made
Google Cloud, on a buying spree, acquires IT company Cornerstone Technology
Japanese communications satellite and South Korean weather satellite launch on Ariane 5
What to do when your grant is rejected