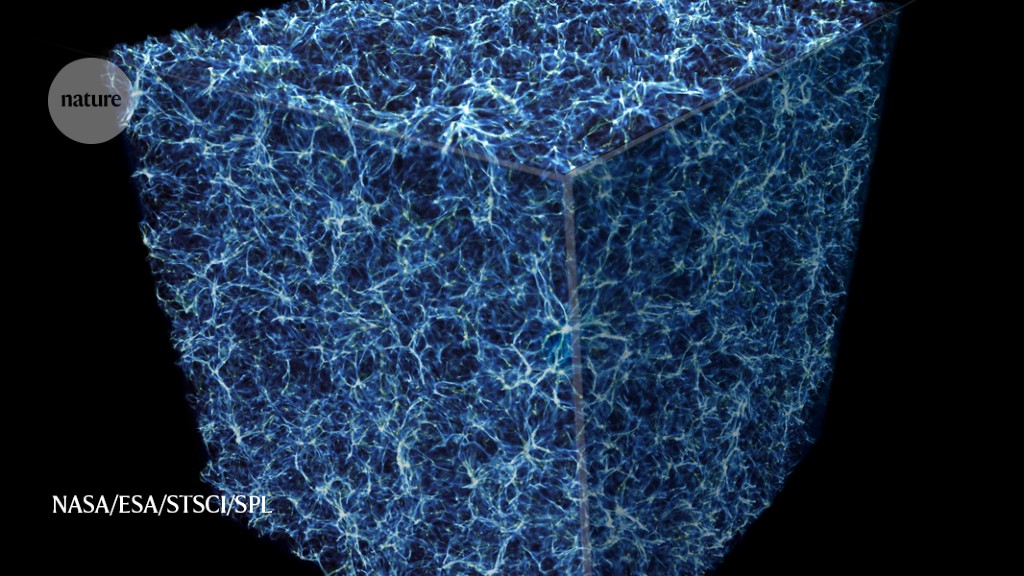 The ‘cosmic web’ of gas spanning much of the Universe is illuminated by the faint glow of galaxies billions of parsecs away.

Galaxies are connected by gas filaments, which are interlinked like a colossal spiderweb in space. Until now, astronomers have glimpsed this web in only a few spots, where it’s lit up by ultrabright cosmic beacons known as quasars.

But quasars are rare, and Roland Bacon at the University of Lyon in France and his colleagues wanted to see the web in other places. To do so, they used the Very Large Telescope in Chile to stare at a patch of sky in the constellation Fornax.

In this long-exposure image, they spotted strands of the cosmic web, illuminated not by quasars, but by a sea of small, young galaxies. These galaxies hail from the distant Universe, representing a time just two billion years after the Universe was born in the Big Bang.

This new method of probing the dark cosmic web could yield future insights into the Universe’s early evolution.