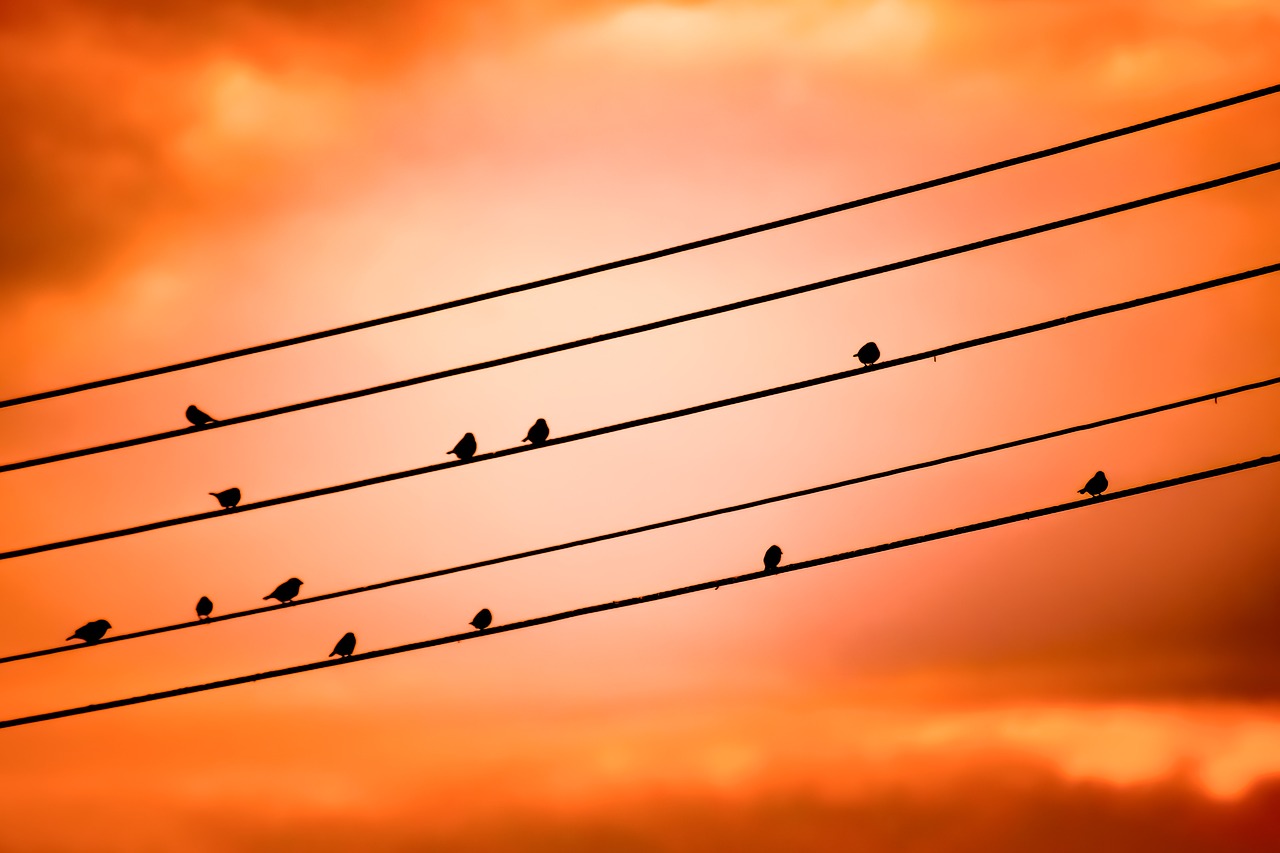 A new study by researchers from Oregon State University (OSU) has suggested using flappers, which are suspended and rotating devices for helping flying birds avoid power lines. Scientists from the university’s College of Agricultural Sciences consider such an innovation necessary due to the increasing number of birds being killed by the growing number of power lines worldwide.

According to research, over 300 bird species are being killed when they hit power lines. One study says that over 170 million birds die from this cause in the U. S. each year, while another study has estimated the overall death toll in the world at one billion birds each year. Such bird strikes also cause power outages.

In the past years, utilities and conservation managers have developed bird flight diverters – devices that are regularly spaced – to increase the visibility of the power lines to birds. This helps reduce deaths by assisting birds in avoiding flying into them.

PVC spirals are the most commonly used flight diverters. They are quite easy to install and are durable, but it is not known how successful they are in preventing bird deaths. They are already being used for almost 40 years, and yet the rates of strikes are still high for several bird species.

Ryan Baumbusch and Virginia Morandini are OSU researchers that are part of a collaboration of international researchers comparing three kinds of flight diverters and their effectiveness. These are the orange PVC spiral, the yellow PVC spiral, and a type of flapper having three red and orange polypropylene blades and reflective stickers.

The flapper is hung from power lines, and its 21 x 6.2-centimeter blades are situated so that they are rotating at a vertical axis.

Every 40 days, field workers meticulously combed the ground beneath these power lines to look for birds that may have fallen victim to the power lines. They counted a total of 131 individuals, which represent 32 bird species.

The study found that flappers caused an average of 70% lower deaths in comparison to the study control. Meanwhile, the PVC spirals also had lowered deaths relative to the control, but have significantly less effective compared to the flappers.

According to Morandini, the colored PVC spirals are so far the most common flight diverter being used; however, it is the flapper that prevented the most mortalities. It is also the one having the lowest variation in terms of different bird communities, habitats, and power lines. Thus, the researchers recommend it as the ideal flight diverter. The authors also recommend future research to test its durability, resistance to vibrations, and loss of color.

Additional factors favoring flappers include comparable production costs and materials with PVC spirals as well as faster and easier installation. The latter advantage saves power companies from losing money because power lines need to be turned off when diverters are installed.