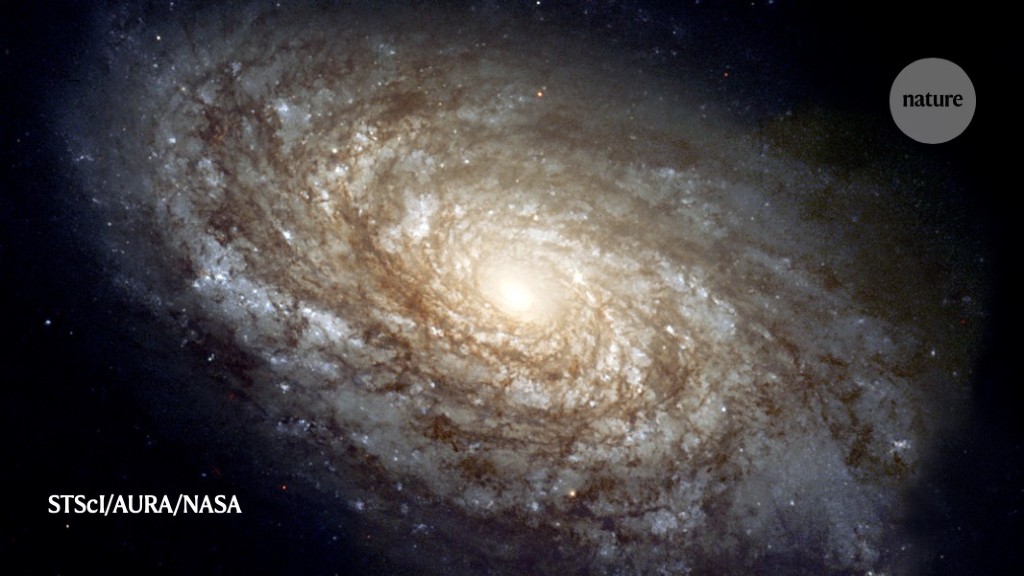 Galaxies are immense, gravitationally bound systems composed of stars, dust, gas and invisible ‘dark matter’. Understanding how galaxies have formed and grown over time is essential for a more general view of how matter assembles into large structures — a key piece of the puzzle in our efforts to comprehend the Universe. A crucial step towards this goal is to obtain a clear picture of when disk structures first appeared in galaxies. Writing in Nature, Neeleman et al.1 present observations that reveal a massive, rotating disk of cold gas inside a star-forming galaxy only 1.5 billion years after the Big Bang. This is considerably earlier in cosmic history than the times when previously detected gas disks were found to have existed2. 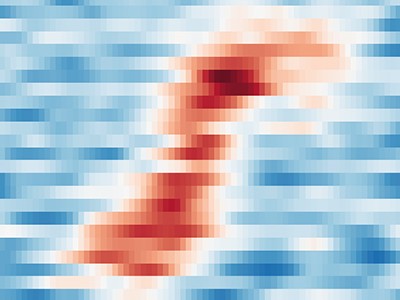 According to our current understanding of cosmology, the earliest large-scale structures in the Universe were spherical dark-matter ‘haloes’ that collapsed under their own gravity3. Surrounding gas fell into these haloes, subsequently forming stars and, ultimately, galaxies4. Haloes and galaxies are thought to have continued to grow together by hierarchical assembly (merging), and through the further accretion of gas and its conversion to stars5. Hierarchical assembly is simple, and is thought to be well understood. However, there is still much debate surrounding the exact pathways by which gas accretion and its assembly into stars occurs, and how it relates to the formation of physical and dynamical structures in galaxies over time.

A key component of this mystery is why some galaxies, such as our own star-forming Milky Way, have physical structures dominated by disks of stars and gas (Fig. 1), whereas other, generally older and more quiescent galaxies do not. The answer is probably intimately linked to each galaxy’s history of assembly — specifically, to the relative importance of hierarchical merging (which can either promote or destroy disk growth, depending on the circumstances6,7) and of growth through gas accretion (among other processes).

Gas accretion is thought to occur through either a hot or cold mode. As the names suggest, the main difference in these modes is whether the gas is hot or cold as it falls towards the centre of a dark-matter halo onto a galaxy. The hot mode of accretion results in galaxy disks forming late, because a considerable amount of time is needed for the accreted gas to cool and eventually settle into a disk. In the cold mode of accretion, the gas instead remains cool as it falls into the halo centre, thus allowing more-rapid disk formation8.

Determining when disks first emerged in galaxies, and how frequently, should thus provide important insights into how the early assembly of galaxies took place. To do this, disks must be found in progressively more-distant galaxies, so that researchers can probe ever further back in time towards the Big Bang. (The light from more-distant galaxies takes longer to arrive at our Earth-bound telescopes and detectors than does light from closer galaxies, and therefore provides information about the Universe from further back in time.) This requires extremely sensitive instruments that produce high-resolution data. Modern advances in detector and telescope technology, and in instrument design, have enabled the detection of gas disks in massive galaxies that existed around 3 billion years after the Big Bang2.

To extend observations of gas in galaxies to even earlier periods of cosmic history, Neeleman et al. used the Atacama Large Millimeter/submillimeter Array (ALMA), one of the most powerful radio telescopes in the world, situated in the Atacama Desert in northern Chile. The researchers detected light emitted from cold gas in a galaxy from around 12.5 billion years ago. By resolving the light to a scale of 1.3 kiloparsecs (about one-sixth of the distance from our Sun to the centre of the Milky Way9), they were able to examine the structure and kinematics of the emitting gas in impressive detail. They then used simple but robust analytical models to show that their observations are consistent with the presence of a rapidly rotating gas disk, spatially coincident with the galaxy’s stars and dust. 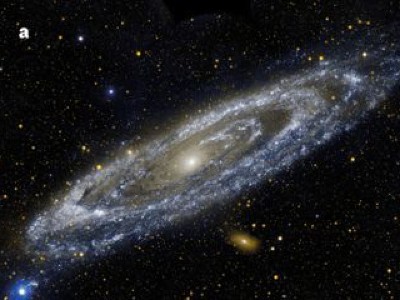 Neeleman and colleagues’ results constitute some of the first observational evidence for the existence of cold gas disks in massive galaxies very soon after the Big Bang, directly establishing that massive gas disks could form 1.5 billion years earlier than previous observations had indicated2. The authors’ work considerably shifts the observational frontier for the detailed study of spatially resolved gas properties in galaxies to when the Universe was only about one-tenth of its current age.

Their discovery is intriguing when viewed alongside the results of some numerical simulations of galaxy formation, which suggest that disks did not begin to dominate in galaxies of similar mass until the Universe was between 4 billion and 6 billion years old10,11. However, it is consistent with the theoretical expectation that cold-mode accretion should be dominant early in the Universe’s history8. It also ties in with recent, higher-resolution simulations that have seen disks emerge at earlier cosmic epochs12.

One limitation of the work, when it comes to constraining our theoretical understanding of galaxy formation or testing the differing predictions of numerical simulations, is that the authors consider only one galaxy. Similar observations of many more galaxies from the same epoch are needed before we can determine whether the galaxy studied is representative of the whole population at that time, or whether it is an outlier. Moreover, although the authors’ results seem to speak against hot-mode accretion scenarios for early galaxy growth, their data do not explicitly rule out other ways, besides cold-mode accretion, in which cool gas could be efficiently transported to the centres of haloes — for example, through the merging of galaxies and their haloes7. Further observational data are required to resolve this issue. Nevertheless, Neeleman and colleagues’ findings will excite astronomers, and open up a new epoch of the Universe’s history for the study of early galaxy formation.