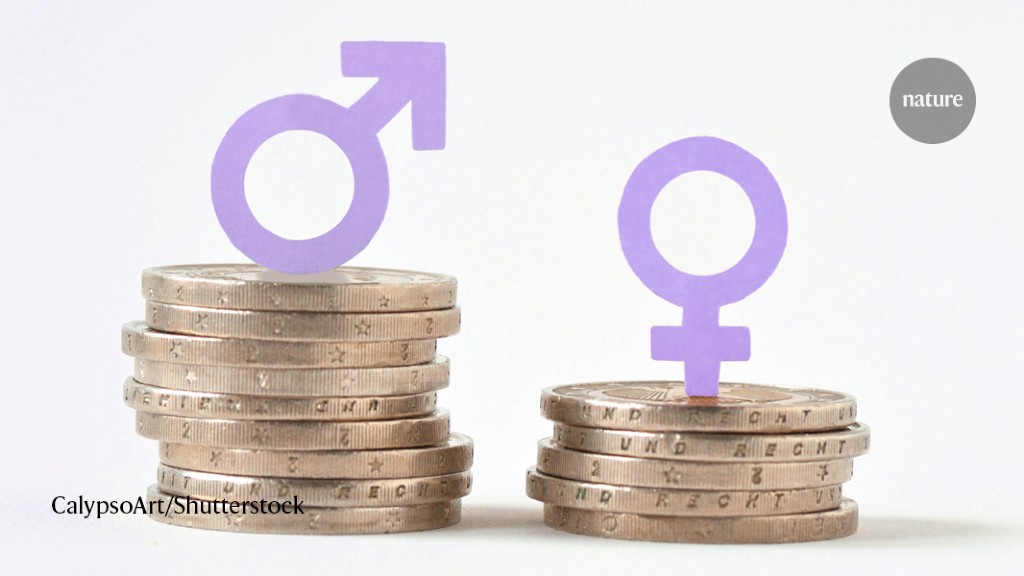 Male scientists and other employees of some US federal agencies, including the National Institutes of Health (NIH) and the Environmental Protection Agency (EPA), earn more money than their female counterparts. A study published in the American Journal of Sociology finds that this wage gap is largely due to hiring methods that circumvent rules intended to ensure equity, and to higher salaries for the types of position that the agencies hire men to fill, among other factors.

Through a freedom of information request, sociologist Laurel Smith-Doerr at the University of Massachusetts Amherst and her colleagues collected 16 million employment records from the US government, 2.8 million of which were from federal science agencies. The records — which included data from 1994 to 2008 — account for all federal employees rather than just a sample, and provide much more detailed job descriptions and employee histories than are typically available from companies in the private sector. The level of detail allowed the researchers to compare the differences between pay for men and for women doing the same job, as well as to examine salary trends over time.

The researchers examined seven agencies: the NIH, the EPA, the National Oceanic and Atmospheric Administration, the US Department of Agriculture (USDA), the National Science Foundation (NSF), the Centers for Disease Control and Prevention, and the Department of Energy (DOE). In each agency, the researchers found that the total wage gap significantly declined over the 14-year period they examined. But sizable pay disparities persisted, and the largest was at the NSF. In 2007, women at this agency were paid on average $0.73 to every dollar that male employees earned — an increase from $0.58 per men’s dollar in 1994.

The gaps were smaller when the researchers looked at individual jobs, however. In some agencies, men and women received the same wages for the same job. The analysis, which did not include job titles, examined all positions, including those that do not require a PhD or other degree. In a statement, the NSF, which partially funded the study, says that it is aware that gender pay gaps exist. “NSF will add it to the information we use to reassess our policies as we work to attract the best talent.” The agency says that its metrics might look different from those of some agencies, such as the NIH and the DOE, because its workforce is much smaller, and it doesn’t follow the general schedule (GS), a strict, government-wide scale that determines wages on the basis of experience and job type.

The NSF statement adds that since 2016, it has been working to decrease the salary range within each of its pay levels to help to eliminate some of the pay disparities — a development that took place outside the period of time addressed by the new study. “The research team behind this paper has done exactly what NSF hoped when we funded their work, and we are grateful for their contribution to this discussion,” the NSF says.

A spokesperson for the NIH says that the organization sets the pay level for a position with input from other NIH employees who have similar jobs and experience. The spokesperson adds that a working group meets monthly to review pay discrepancies that have been identified and advises on how to remediate them. “The NIH takes the gender wage gap issue seriously and knows that there is additional work to be done,” the spokesperson says.

Other agencies, such as the DOE, with missions focusing on male-dominated fields including the physical sciences and engineering, paid men more for the same work. The researchers say that their findings suggest that research agencies more often hire highly educated men for high-paying positions, and women with less education for lower-paying jobs.

No one from the other six agencies included in the study was available for comment.

Smith-Doerr says that she was not surprised by these findings, which are similar to broader compensation trends across the United States. But another discovery in the study cast doubt on the common belief that rigid oversight and laws that are intended to ensure gender diversity make the US federal government a particularly equitable place to work. Federal workers are paid on the GS, and federal jobs are advertised with a set GS level, leaving little room for negotiation — or discrimination.

Yet individual agencies have some ability to pay workers more than the GS level — particularly in the sciences, in which it can be difficult for the government to compete with private industry in recruiting top talent. Smith-Doerr and her colleagues found that in some agencies, these deviations from the GS scale accounted for much of the wage gap, with men being more likely to receive these exemptions. All the agencies in the study used GS exceptions to different degrees. At the NSF in 2008, for instance, 61% of men were not paid according to the GS scheme, as opposed to only 30% of women. That difference accounted for 47% of the agency’s total pay gap. The USDA, by contrast, provided GS exemptions to 6% of men and 1% of women in the same year.

Economist Bruce Weinberg of The Ohio State University in Columbus is impressed by the amount of data that the researchers analysed. “The federal government is not the old Wild West, where everyone is doing whatever the heck they want to do,” he says. “This is an environment that is very formally governed, and the fact you can find these gaps even here can make this a very interesting study.”

Sharon Sassler, a sociologist at Cornell University in Ithaca, New York, is disturbed by the study’s implications. “This end run around the GS scale suggests it’s time to assess what’s going on there,” she says.

Smith-Doerr says that the study has some limitations. The data did not, for instance, show whether federal employees were able to work remotely or on flexible schedules — benefits that are known to attract female employees and thought to contribute to wage gaps in other sectors. In future studies, Smith-Doerr says, her team plans to look at how race influences compensation, and hopes to obtain more recent data to see whether these trends continue.