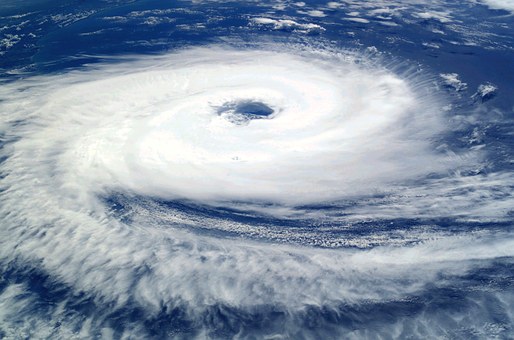 All over the world, tropical cyclones are becoming stronger and stronger. The trend has been observed to begin 40 years ago. An example is Hurricane Dorian, which is the strongest storm from the Atlantic ever recorded.

Scientists have also made predictions using models and theories that are congruent with what is happening now.

US NOAA’s James Kossin has said as much; they have seen how the data agrees with worldwide occurrences of these disasters.

Tropical cyclones are called by different names depending on their location. They are variously known as typhoons or hurricanes.

The warm water generates these cyclones on the ocean surface. Logically then, climate change will naturally cause stronger storms, because the planet is now much warmer than before.

Still, it has been difficult to validate any trend and verify it statistically. This is due to the variable as well as the low numbers of such cyclones occurring annually.

Add to this the improved observations, which, due to their dramatic increase, have made it more challenging to verify the authenticity of the trends.

In order to improve our objective view of the phenomenon, a research team headed by Kossin started looking at the data provided by geostationary satellites. The data from this source started way back in the year 1979.

For the study, Kossin and the researchers proceeded to downgrade the quality of present-day data from the satellites so that they can be compared with the records of earlier decades.

The researchers then detected an unmistakable pattern. They discovered that cyclones with wind speeds reaching 185 kph or higher have a 15% increased likelihood of occurring.

The scope of the research study did not include the causes of this climate trend. However, once every piece of the puzzle was compiled, the team saw an emerging pattern.

Kossin shared that the evidence points to the cause being human activities that have been destroying the environment.

Their propensity for sudden intensification also gives agencies lesser time for issuing warnings to the general public of the dangers that a coming storm will cause.

These cyclones are now also characterized by heavier rain. They also move at a slower pace, which causes more rain to occur in a single area. Global warming has also caused higher sea levels.

This means that coastal areas have a higher likelihood of experiencing more storm surges. The landmass is also sinking with the rising sea level.

In addition, Kossin also says that aside from the occurrence of stronger cyclones, these are also apparently shifting their location towards the poles, away from the tropical areas.

This is quite favorable for tropical countries which are near the equator, but become more unfavorable as the location of countries go higher or lower latitudinally.

The study was published on the PNAS website or Proceedings of the National Academy of Sciences of the United States of America.

It is entitled “Global increase in major tropical cyclone exceedance probability over the past four decades,” and the paper can be found here.