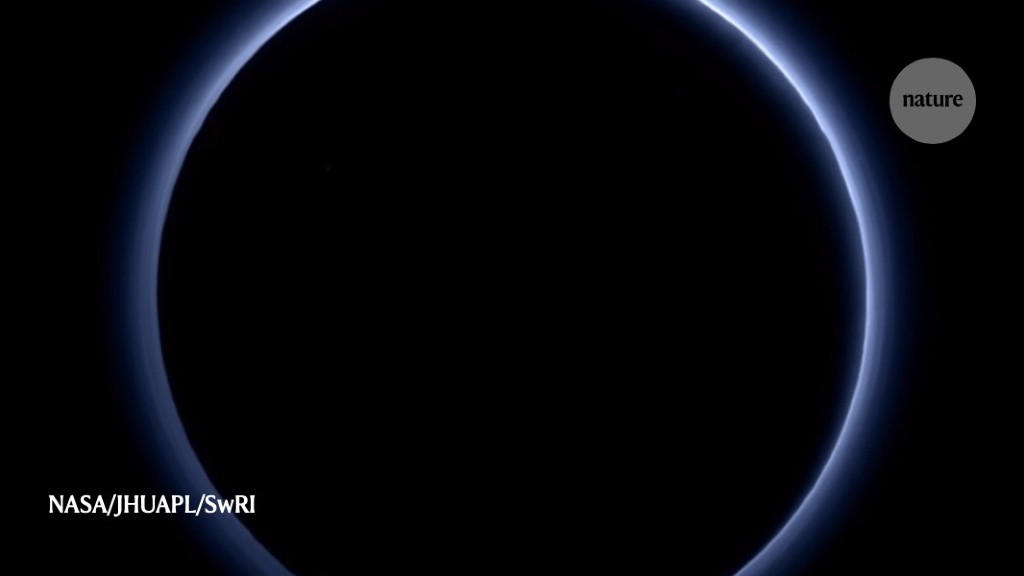 Pluto’s atmosphere appears to be collapsing — much more dramatically than scientists had anticipated.

Out on the chilly fringes of the Solar System, Pluto’s thin atmosphere is created by sunlight warming nitrogen ice and other ices on the planet’s surface, which vaporizes them. As a result, the atmosphere gets thicker and warmer when Pluto is closer to the Sun.

Since 1989, Pluto has been moving away from the Sun. Scientists had expected to see its atmosphere nearly vanish as the planet got colder, but had not observed this yet.

A team led by Ko Arimatsu at Kyoto University in Japan probed Pluto’s atmosphere by watching the planet pass in front of a distant star in July 2019. This rare ‘occultation’ allowed the scientists to measure the density of Pluto’s atmosphere as it slid on and off the face of the star.

Atmospheric pressure had dropped by one-fifth of what it was in 2016, the last time scientists measured it during an occultation. But more observations are needed to confirm the result, the team cautions — models suggest that the pressure should have dropped by only around 1% over that time period.

Hurricane Isaias Goes Through the Atlantic as Florida and the Bahamas Brace for Disaster
A newly discovered supermassive black hole opens a window to the early Universe
Crew Dragon undocks from space station
NASA’s New Mars Rover ‘Perseverance’ Launched, Seeks Signs of Life
The future of organic coffee: Building a network of support for regenerative agriculture