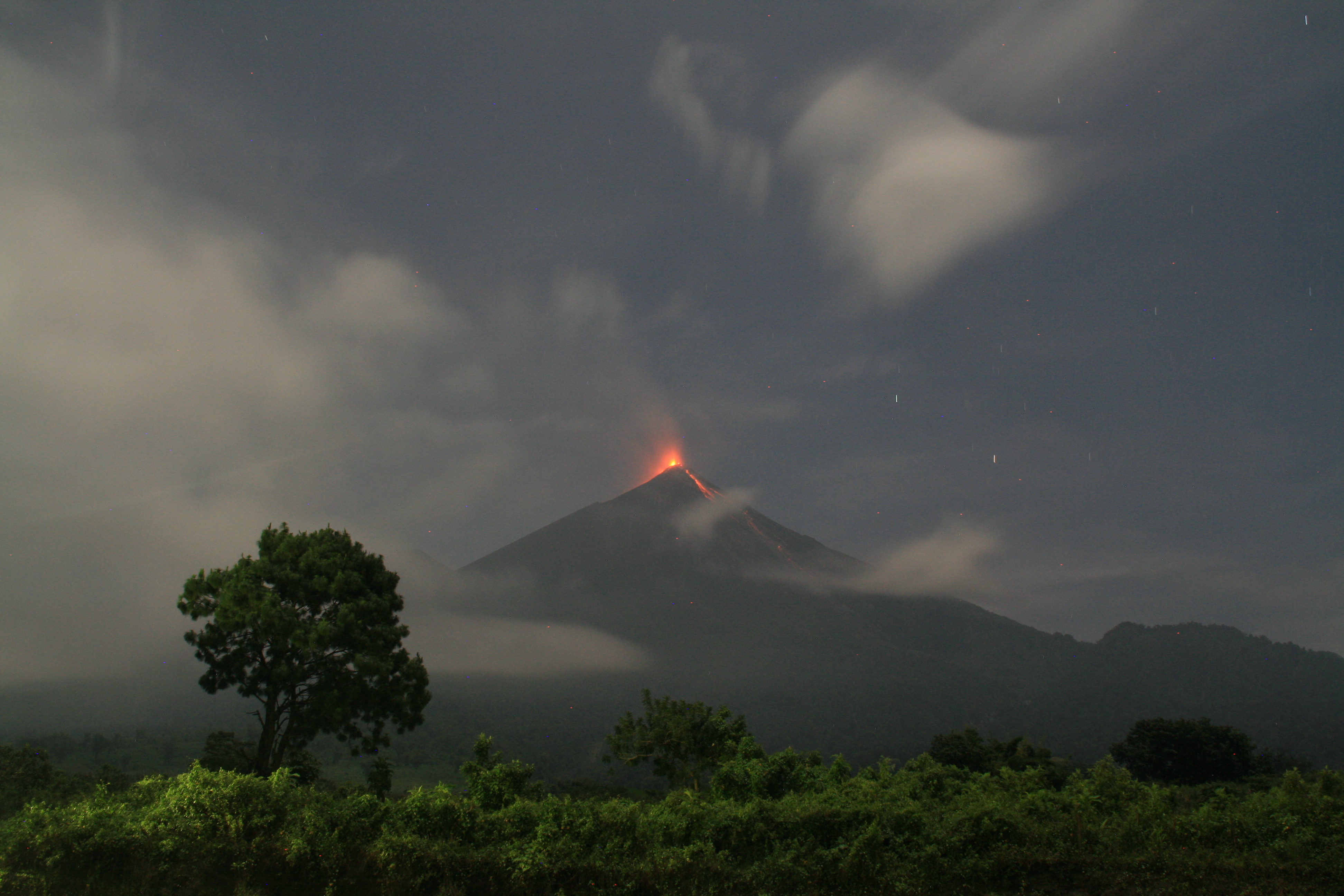 Fuego volcano, located in Guatemala, has released a cloud of ash 4,700 meters up into the atmosphere in a recent major volcanic eruption. 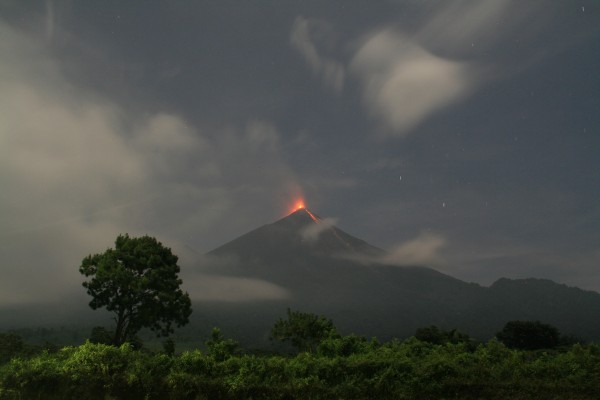 (Photo: Wikimedia Commons)
Fuego volcano in Guatemala erupting at night in November 2017. Fuego volcano, located in Guatemala, has released a cloud of ash 4,700 meters up into the atmosphere in a recent major volcanic eruption.

Fuego volcano is located along the Central American Volcanic Arc. “Volcan de Fuego” means “Volcano of Fire” in Spanish. It is conically shaped and is classified as an active composite volcano or stratovolcano. It is 3,763 meters high.

Its structure is imposing and is visible from Guatemala City, the capital of Guatemala, located 27 miles away from the summit of Fuego.

It is one of several volcanoes located along the Pacific Ring of Fire, a horseshoe-shaped 40,000-kilometer area in the Pacific Ocean. This area has high seismic and volcanic activity.

Increased Activity of the Fuego

It is quite well-known that Fuego has nearly consistent low levels of activity. Reports indicated that volcanologists recently observed increased activity from the volcano. More massive eruptions from the volcano rarely occur, although small eruptions of ash and gas have been observed at an interval of 15 up to 20 minutes.

Volcano Discovery reported that last August 31, there’s been a continuous strombolian activity that ejected lava for up to 300 meters on top of the volcano’s summit.

Fuego’s eruption also caused avalanches of material at moderate to intense levels, while lava was reportedly starting to flow down its slopes. Weak up to average levels of explosions were also recorded every six to nine hours, and it exuded a plume of ash approximately reaching 4,500 to 4,700 feet upward into the atmosphere.

Fuego is among the most active of all the volcanoes in Central America. It is one of the three large strato-volcanoes which overlook Antigua, the former capital of Guatemala.

Meseta is an old tower’s scarp that is situated between Fuego and its more northern twin, Acatenango volcano. When the ancient Meseta volcano collapsed roughly 8,500 years ago, it created Escuintla, the massive avalanche-debris deposit that extends around 50 kilometers up to the coastal plain of the Pacific.

Afterward, the Fuego volcano that exists and is known today grew, extending the volcanism’s migration southward, which started with Acatenango.

Vigorous and frequent eruptions from Fuego have been observed and recorded since 1524, from the beginning of the Spanish era. It has been known to produce significant ash falls and the occasional lava flows and pyroclastic flows.

It has had over 60 eruptions from 1524, which makes it the most active volcano in Central America. Out of these, three caused mortalities. Typical durations of violent outbursts are a few hours up to several days.

The latest large eruptions occurred in October 1974. For ten days, four distinct pulses of activity were recorded, each of which lasted for four to 17 hours. Besides, an ash cloud was spewed upward for over four miles (or seven kilometers) into the air.

Glowing avalanches also flowed down its slopes at a speed of 35 miles per hour or 60 kilometers per hour. The effects in the atmosphere were also reported for several months after its eruption.

The present volcanic eruption and cloud of ash released from Fuego volcano can still be followed by other activity, as evidenced by one of Guatemala’s most active volcanoes’ very active history.

READ NEXT: New Zealand’s New Alert System for White Island Could Save Lives

Check out more news and information on Volcanoes in Nature World News.

How the giant stinging tree of Australia can inflict months of agony
Friends with Benefits: Male Baboons with Female Friends Live Longer
What Happens in the Brain During a Coma?
Oil reverses losses to gain 2% as OPEC urges compliance with production cuts
Lego plans to scrap plastic bags and make more ‘bio bricks’