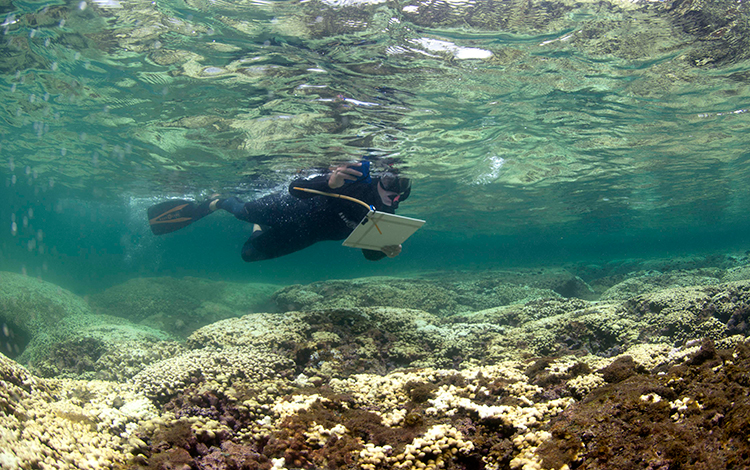 Researchers have recently developed corals that are “heat resistant” as a measure for fighting against coral bleaching. The research team included scientists from the Commonwealth Scientific & Industrial Research Organization (or CSIRO), the national science agency of Australia; AIMS or Australian Institute of Marine Science; and the University of Melbourne.

If corals are more heat resistant, they can potentially mitigate the impacts caused by coral bleaching due to heatwaves. This phenomenon has been more and more commonly seen as an effect of climate change.

Patrick Buerger, the science lead of  SynBio FSP or Synthetic Biology Future Science Platform of CSIRO, says that coral reefs are declining all over the world. Climate change continuously reduces and kills coral cover. The surviving corals experience increased pressure with the rise in water temperatures and an increase in the severity and the frequency of bleaching of corals. Buerger’s research focus is on anthropogenic and climate change impacts on coral reefs and reef ecosystems.

The research team was able to increase the corals’ heat tolerance to bleaching from the increased ambient temperatures by increasing their micro-algal symbionts’ heat tolerance. These symbionts are tiny algal cells that reside within the coral tissues.

Buerger said that the novel approach made by the team increases the corals’ resistance to heat through the manipulation of its micro-algae; this component is crucial to the coral’s overall heat tolerance.

The researchers isolated this micro-algae from corals and then cultured them at the AIMS specialist symbiont laboratory. They used a technique known as “directed evolution,” whereby they assisted the survival and adaptation of the cultured micro-algae to increased temperatures by exposing them to temperatures that are gradually increased over four years.

After the micro-algae have adapted to hotter temperature conditions, they were then introduced into the coral larvae. Buerger said that once this new algal-coral symbiosis has been established, it became more tolerant to heat compared to those that have not been subjected to the laboratory process.

The cultured micro-algae have been exposed to temperatures that are comparable to ocean temperature levels that currently occur during marine summer heatwaves. These heat waves are the cause of the bleaching of Great Barrier Reef corals.

The team explained some of the physiological mechanisms that enabled the corals to enhance their tolerance against heat and consequent coral bleaching. AIMS and University of Melbourne professor Madeleine van Oppen determined that heat-tolerant micro-algae were more efficient in photosynthesis and in improving the heat tolerance of their symbiont coral.

Professor van Oppen’s specialization is ecological genetics, particularly in reef coral climate change adaptation and microbial symbioses. She added that their findings are exciting, as they show how corals and micro-algae directly communicate with one another.

The research team’s next step involves further testing of algal strains, this time in adult coral colonies, using various species of coral. Molecular biologist Claudia Vickers, the director associate of SynBio FSP, said that the breakthrough they made is a new and promising tool for increasing coral heat tolerance. She says that this is a great victory for science, particularly Australian science.