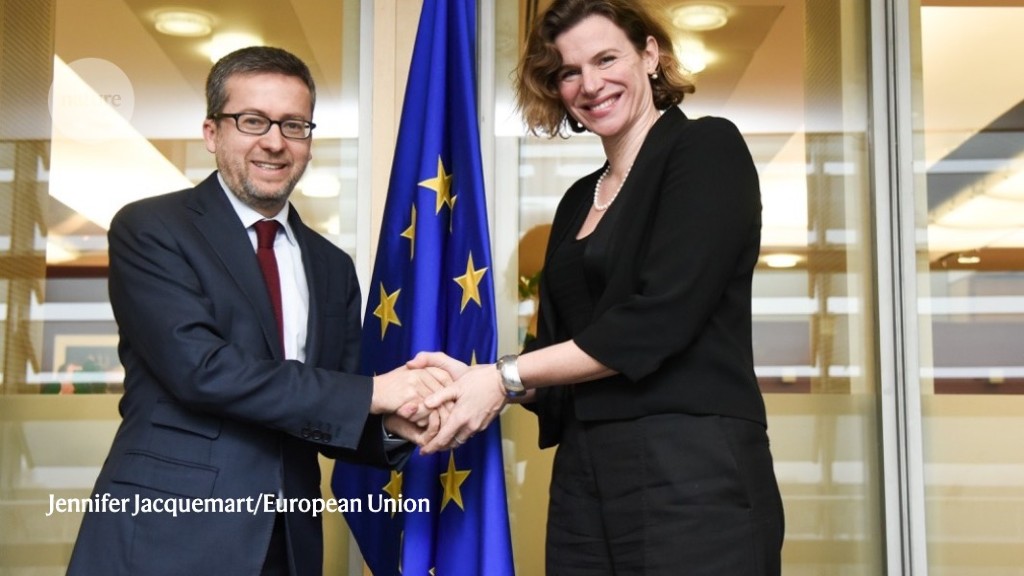 Over the next seven years, the European Union’s giant research-spending scheme will distribute a record €95.5 billion (US$116 billion) — including €5.4 billion from a COVID-19 recovery fund — to basic-science projects and cross-border research collaborations to be carried out by tens of thousands of researchers across 27 member states and more than a dozen other countries.

Horizon Europe is an evolution, rather than a reinvention, of the EU’s previous research programmes. Like its predecessor Horizon 2020, which ran from 2014 to 2020, it is a mixed bag of funding schemes. It includes grants for individual scientists in all fields, and for large multinational collaborations covering grand societal challenges such as health, climate change and the digital revolution.

The most anticipated change in Horizon Europe is the introduction of heavily financed, high-priority ‘missions’. About €4.5 billion are earmarked for five areas: climate change; cancer; oceans and other bodies of water; smart cities; and soil and food.

In both scope and ambition, the missions go far beyond ‘normal’ research collaboration, and will incorporate tools and resources from flanking EU programmes such as the Common Agricultural Policy, which administers farming subsidies, and EU initiatives for developing infrastructure in poorer regions. The idea, first proposed by University College London economist Mariana Mazzucato, is to get researchers, businesses and governments to pool their skills towards a common goal, selected with input from the public.

The missions replace the European Flagships, sometimes-controversial €1-billion programmes that focused on particular areas of research, such as graphene or the human brain. The European Commission says that missions will mirror the spirit of the European Green Deal plan for a sustainable economy, Europe’s Beating Cancer Plan or the United Nations Sustainable Development Goals. But many of the details remain to be determined. Over the next few months, mission boards appointed by the commission must lay out specific goals, research needs and indicators for measuring impact. First calls for proposals are expected by the end of this year.

A boost for basic research

Although much attention has been focused on the introduction of missions, they are only a relatively small part of the new programme, points out Torsten Fischer, head of the Brussels-based European liaison office of Germany’s research organizations. Basic science will continue to be a centrepiece of European research. Between 2021 and 2027, the EU’s premiere funding agency for basic research, the European Research Council (ERC), will divide €16 billion among researchers at various career levels, an increase of more than 20% compared to Horizon 2020. Non-EU countries associated to Horizon Europe are expected to contribute an extra roughly €4 billion, depending on their level of participation. Associates include research-intensive nations such as Israel, Switzerland and the United Kingdom — which left the bloc at the beginning of 2021, but has signed a deal to allow its scientists, research organizations and companies to participate in Horizon Europe.

The ERC issued its first round of calls for starting grants under Horizon Europe on 25 February, and more are expected in the coming months. However, some types of grant have been delayed owing to a last-minute political agreement on the EU’s multiyear budget in December. There will be no calls in 2021 for ‘synergy’ grants — those involving several teams of scientists. Calls for proof-of-concept grants to develop ideas generated in the course of ERC-funded research will also be delayed until 2022, says Waldemar Kütt, head of the ERC’s administrative arm in Brussels.

Competition for ERC grants — which assign up to €2.5 million for 5 years to an individual investigator — has historically been tough, with an acceptance rate of around 12%, but the larger pot of money could mean that more scientists get funded.

Another important change is that researchers at international organizations headquartered in the European Union — such as the UN-chartered Abdus Salam International Centre for Theoretical Physics in Trieste, Italy — will now be able to apply for these grants. Around 80 such organizations were previously excluded from the scheme.

From lab to market

Horizon Europe will also aim to strengthen support for applied research with economic benefits. To this end, the European Commission has established the European Innovation Council (EIC), a new funding agency aimed at facilitating the transfer of inventions and research into goods and services.

Around €10 billion is earmarked for the EIC, to be divided between three types of grant. In an early ‘pathfinder’ phase, researchers can get support to develop ideas that have commercial potential. A second, ‘fast track to innovation’ phase will support the transition of promising results to market.

Finally, after market launch, entrepreneurs will be able to request EIC ‘accelerator’ support — including grants, loans and coaching services — to expand their businesses. (The accelerator programme was excluded from the UK–EU trade deal, so UK-based researchers will not be eligible.)

The idea is that recipients of ERC proof-of-concept grants will also be able to apply for EIC support. “Combining support from the two agencies is a wonderful opportunity to unlock commercial potential of basic science,” says Fischer.

Horizon Europe is expected to mandate that grant recipients publish their results according to the principles of open science.

In particular, immediate open-access publishing will become mandatory for all recipients of Horizon Europe research grants, including those from the ERC, says Kütt. Scientists will be able to choose whether to deposit a preprint of their work in a trusted repository or publish in an open-access journal — although grants will cover publishing costs only for pure open-access journals, not hybrid publications. Authors must also retain intellectual-property rights for their papers.

The commission will encourage EU-funded scientists to post their papers on Open Research Europe, an open-access platform that will formally launch in March. Works submitted on the platform, run by the London-based open-science publisher F1000 Research, will be posted immediately and cannot be published elsewhere. Articles will be subject to open peer review, meaning that the reviews and reviewers’ names will be openly available, and the commission will cover publication costs.

Scientists will also need to make sure that any research data they generate are preserved and made available for reuse by others. Horizon Europe will require participants to submit a data-management plan, in line with the FAIR principles (findability, accessibility, interoperability and reusability), within six months of completing a research project, although exceptions may be granted where business secrets or sensitive personal data are involved. A partnership of research and data-service organizations across Europe is developing the European Open Science Cloud, a freely accessible virtual repository for data from all research that is publicly funded, whether by a participating state or by the EU.

The rules have raised some concerns. Meeting data-management requirements might be technically challenging, in particular for scientists and research organizations in poorer countries, says David Smith, director of Croatia’s largest public research institute, the multidisciplinary Ruđer Bošković Institute in Zagreb.

“We are ready for open-access publishing, but we are not quite prepared for open data,” he says. “Frankly speaking, the whole region is behind in that respect.”

EU policymakers and the European Commission have agreed to spend more than 3% of Horizon Europe money — around €3 billion — on widening the participation of member states that tend to win fewer grants. The scheme will continue to use tried-and-tested tactics, such as teaming leading research institutions with ones that are less well-established, providing special grants for top researchers in countries that joined the EU only recently, and training researchers to improve their grant-writing and project-management skills.

However, it is unclear whether the headline Horizon Europe ‘missions’ will make fair allowance for scientists in poorer countries. “I do hope that the missions will not be geared for established players in rich countries,” says Smith. “Smaller countries like Croatia have a lot to offer too. If implemented reasonably, the new concept has potential to narrow the East–West gap.”

Organizations participating in Horizon Europe will also have to submit plans to improve gender equality — another change from Horizon 2020. Starting in 2022, all Horizon Europe-funded research institutions will be expected to aim for gender balance among their research staff, enact recruitment and anti-harassment policies, and start to offer gender-equality training opportunities.