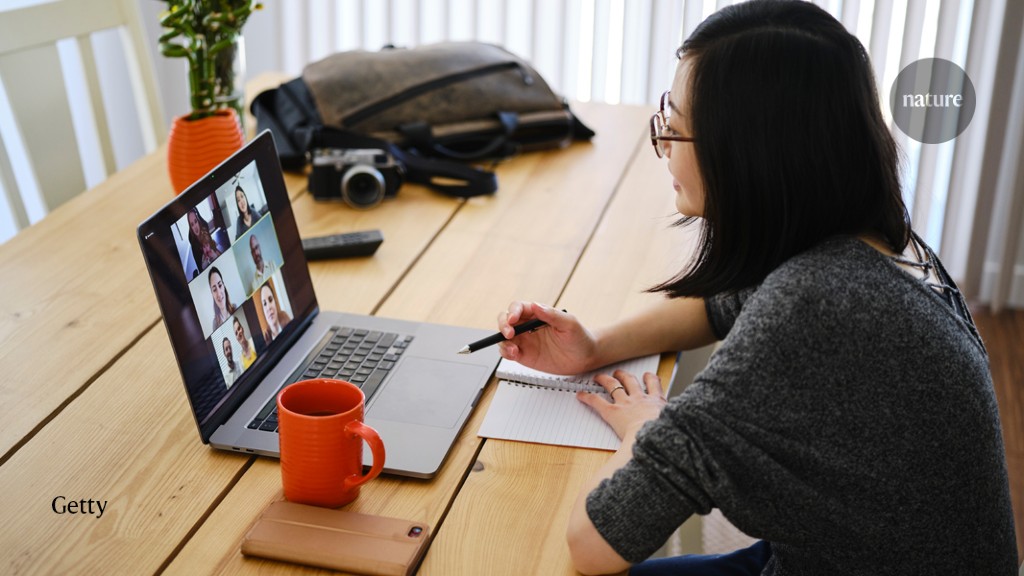 Lynn Cominsky, an astrophysicist at Sonoma State University in California, had planned to spend part of late March and early April in Johannesburg, South Africa, for the Ninth Fermi International Symposium, an event that would have gathered hundreds of astronomers and astrophysicists with an interest in γ-ray surveys conducted by the Large Area Telescope (LAT) and the Gamma-ray Burst Monitor. When that plan, like so many others, was scuttled by the COVID-19 pandemic, she ended up attending a virtual meeting with fellow members of the LAT collaboration — no plane ticket or hotel room required.

For her, it was a disappointing, but eventually fruitful, fall-back plan. “I enjoy going to conferences,” she says. “Some of the best proposals and projects that I’ve thought about have come from random interactions with people at conferences.”

Online meetings might lack many of the benefits of an in-person conference: conversations over dinner; face-to-face networking; fresh perspectives that can come from simply leaving one’s home ground. But as Cominsky and others have found, there’s a lot to like about virtual conferencing. And as more meetings move online — a trend likely to continue even after the pandemic fades — researchers are increasingly trying to accept the new virtual reality of scientific gatherings. “I was able to listen to a bunch of talks without leaving home,” Cominsky says.

Prompted by Nature’s coverage of the virtual conference of the American Physical Society (APS) in April, researchers shared their personal, and generally positive, experiences of online conferences in a Nature online poll. Of 485 respondents, 82% said that they would be willing to attend an online conference in future. Nature reached out to a sample of those respondents for more on what they had learnt and their advice for future attendees.

Cominsky says that scientists shouldn’t expect online conferences to run perfectly, especially when the conversion to online was unexpected and hastily planned. She attended a few of the virtual presentations from the APS meeting, which was put together very quickly after it became clear that a physical gathering would be impossible. The event was widely considered a success, drawing more than 7,200 registrants compared with an average of 1,600 to 1,800, but there were some glitches and awkward moments along the way. “It’s OK to acknowledge that this is a weird time and that you probably aren’t going to get as much out of the situation as you were hoping,” she says. “If remote conferences start with that kind of acknowledgement, people can feel like they’re not alone.” 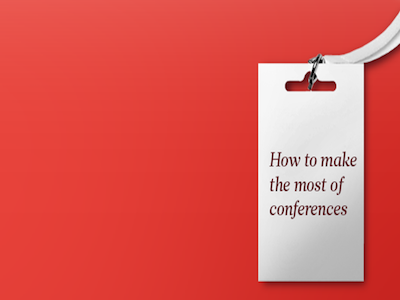 For attendees, the awkwardness may include moments of less-than-optimal sound and occasional technical glitches. Presenters, for their part, could find it challenging to deliver a talk to a monitor instead of to a live audience. “It’s hard to know what kind of reaction you’re getting if you can’t see people’s faces,” Cominsky says. “It’s hard to tell if people understood what you just said.”

Future organizers should mix it up

Chris Wood, a microscopist at the National Autonomous University of Mexico in Mexico City, says that a lack of travel funding had ended any hope of attending the annual Focus on Microscopy meeting, which had been scheduled for April in Osaka, Japan. For Wood and many other scientists – especially those in developing countries — regular travel to far-off conferences is simply impossible. “Grants are quite thin here,” he says. “You have to trim your budget to get a grant approved, and travel is the first thing to go.”

But when the COVID-19 pandemic forced that conference to become virtual, Wood was able to view several presentations that were moved online, an opportunity that he hopes will repeat itself for future conferences. “It democratizes access in developing countries,” he says. “I don’t see why we should be excluding tens of thousands of students who have just as much right to attend.”

Wood thinks that more conferences in future should adopt a ‘hybrid’ approach, with both physical and virtual attendees. The online attendees could pay a registration fee to support the conference, but attendance should be affordable for everyone. “I would be happy to pay for a conference that’s especially relevant to me,” he says.

As more conferences go online, some researchers have moved into binge mode. Paul DeStefano, a graduate student at Portland State University in Oregon, says he has watched about 15 sessions so far from the APS conference, a feat that would have been impossible if he had been there in person. In future, he says, a little more discretion might be in order. “I really enjoyed some of the sessions, but maybe I didn’t need to see every last one,” he says. “That’s something I need to adjust.”

Tom Brown, an energy-systems modeller at the Karlsruhe Institute of Technology in Germany, is similarly dedicating a significant amount of his time to watching virtual conference sessions. “The availability has massively increased,” he says. “I’ve attended workshops in the morning in Europe, and in the evening in the States.” Brown, who says he had already stopped flying to conferences to help save energy and protect the climate, has a system to manage his virtual attendance. “I save conferences for Tuesdays and Thursdays,” he says. “Mondays, Wednesdays and Fridays are free for actual work.”

Virtual conferences might lack the intimacy of a physical gathering, but it’s still possible for attendees to connect with each other. The APS conference, for example, provided a chat function for real-time feedback. Brown says that he recently sent a follow-up e-mail to a presenter, the virtual equivalent of approaching a speaker after a talk. “I got a response a couple of days later,” he says. “If you want to get something going, you have to give them a reason to respond.” Some students and other early-career researchers might even find digital communication with eminent scientists to be less intimidating than a face-to-face encounter.

Cominsky notes that junior researchers often use conferences as a way to meet future collaborators. That’s harder to do in the virtual world, but it’s not impossible. “I would check out the programme and reach out to people ahead of time to form a relationship,” she says.