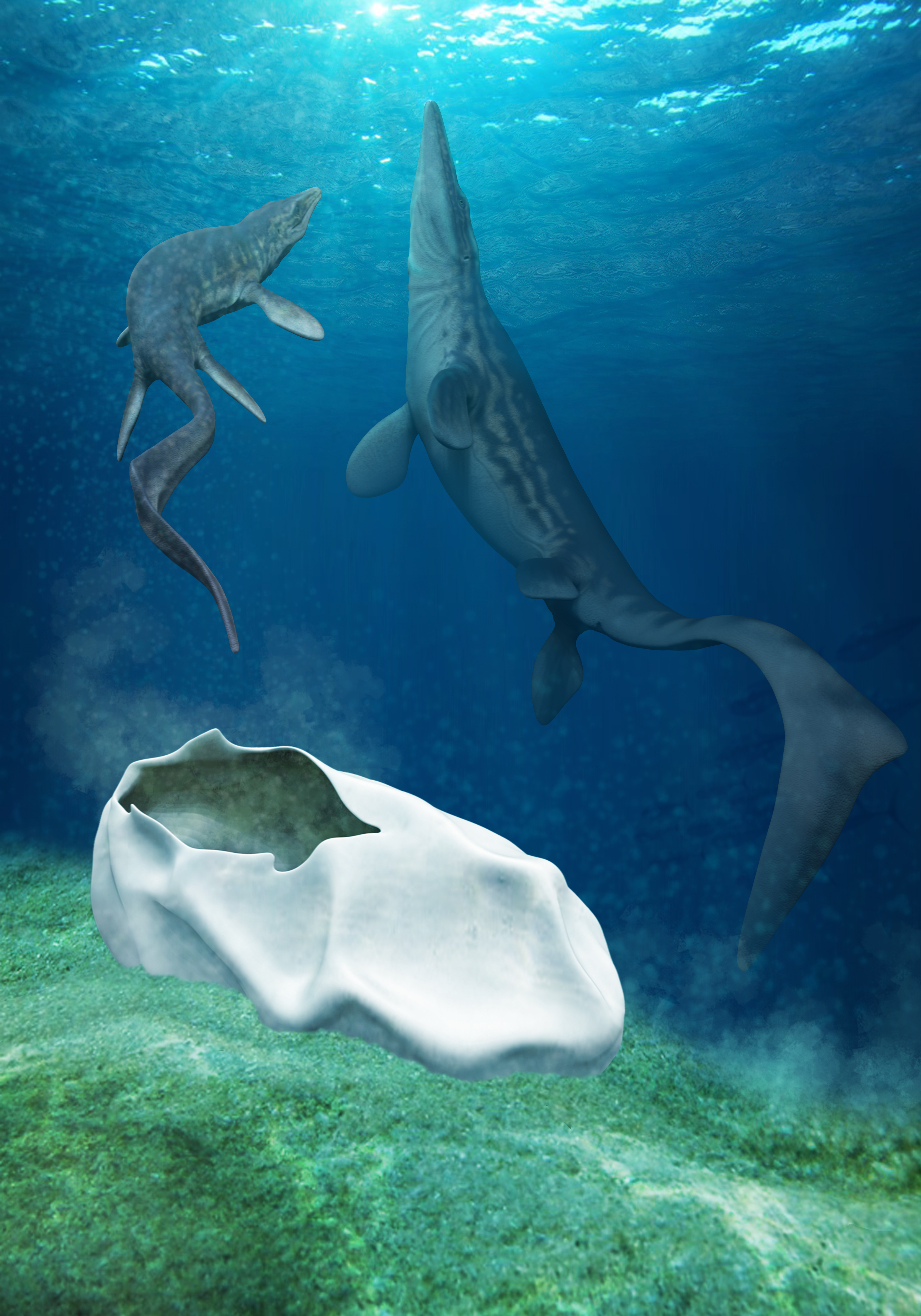 Scientists in the United States have recently uncovered answers regarding the mysterious giant reptilian egg that was found in Antarctica nearly ten years ago.

Many years have passed, but scientists have failed to identify the fascinating ancient fossil egg, which looked a football that has been deflated. Researchers named it the moniker “The Thing.” For almost a decade, this egg was not studied and did not have a label. It was part of the collection of the National Museum of Natural History in Chile.

However, scientists are now saying that the giant egg could have come from a giant marine reptile species which lived on Earth roughly 66 to 68 million years in the past. It currently (unofficially) holds the record of being the largest reptilian and soft-shelled egg in the world. It is also the second-biggest egg known as any animal. Its size has pushed the limits of how large soft-shelled eggs can be.

The size of the fossil egg is 7 inches by 11 inches or 18 cm by 28 cm. It was discovered by scientists in the Chilean Antarctic Territory in 2011.

David Rubilar-Rogers from the Chilean National Museum of Natural History is a co-author of the study. He was also among the researchers who found the fossil. For years, he showed the specimen to all the geologists who visited the museum, asking if they had any idea what it was. Nobody knew what the egg was, until the University of Texas, Austin Jackson School Department of Geological Sciences professor Julia Clarke saw the specimen in her visit in 2018. Clarke said that it might be a deflated egg.

The fossil egg’s size indicates that it could have come from a large species of dinosaur. However, it has a softshell, which is, according to the University of Texas, Austin Jackson School of Geosciences post-doctoral researcher Lucas Legendre not like a typical dinosaur’s egg. He says that it is very much similar to eggs laid by squamates, where snakes and lizards belong, and that this particular specimen came from an ancient giant relative of snakes and lizards.

Legendre subjected the specimen under microscopic investigation and discovered many membranous layers that confirmed it to be an egg. Its structure resembled the quick-hatching, transparent eggs of some species of snakes and lizards living today. Since the egg was already hatched and had no skeleton, other methods had to be used to determine the type of reptile which laid it.

Researchers have compared the egg with 259 currently extant reptile eggs and their owners and concluded that this particular egg had been laid by an animal with a minimum length of seven meters.

Based on the other fossils that have been discovered within the same area, researchers have suggested that this egg may have come from the giant sea reptilian known as a mosasaur. It is not clear, however, if the mosasaur laid the egg at sea or on land. In addition, if it indeed came from a mosasaur, this changes the prevailing thought regarding this animal, because it has always been believed that it was not an egg layer.

The study by Legendre and his colleagues is entitled “A giant soft-shelled egg from the Late Cretaceous of Antarctica,” and was published in the journal Nature.