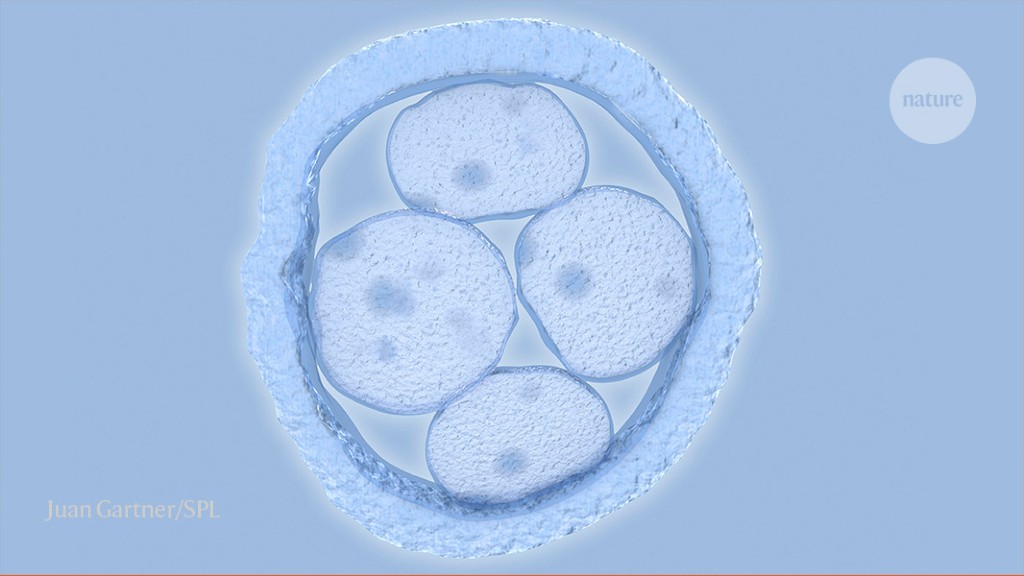 Scientists can now create clumps of cells that resemble human embryos, raising hopes that they could study the elusive first stages of human development while avoiding the ethical concerns that make it difficult to study actual human embryos. But as these embryo models — in which human stem cells are transformed into embryo-like structures whose growth mirrors more advanced stages of embryo development — US researchers say they are finding it increasingly difficult to obtain federal funding for such work.

The US National Institutes of Health has and still does fund work on embryo-like structures. A spokesperson told Nature that the agency considers grant applications involving models that “could be considered an organism” on a “case-by-case basis”, and cited a provision of federal law known as the Dickey–Wicker Amendment, which bars the government from funding research that creates or destroys human embryos.

But the ban, which dates to 1996, was put in place before the advent of techniques that produce embryo-like structures from stem cells. Scientists working on such research say they need clearer guidance on what is eligible for federal funding.

“The writing on the wall is that synthetic embryos are out of bounds with the NIH. The next step in the science is not allowed,” says Eric Siggia, a physicist who studies developmental systems at the Rockefeller University in New York City.

Amid this growing criticism, the agency’s Office of Science Policy has asked the US National Academies of Sciences, Engineering, and Medicine (NASEM) to host a day-long workshop to lay out the latest developments in experiments with embryo-like structures. At the NIH’s request, the meeting on 17 January in Washington DC does not include any presentations on ethics or regulations.

The NASEM meeting will help people to “better understand some of the unknowns associated with this nascent field”, Carrie Wolinetz, NIH acting chief of staff and associate director for science policy wrote in a blog post last year.

“Can research involving various models of aspects of human embryo development be supported by NIH? The answer is ‘it depends’,” she added.

Embryo research in the United States has long been fraught. The Dickey–Wicker amendment has been renewed every year since 1996, in the annual spending bill that funds the NIH. US researchers are also guided by an internationally acknowledged ethical guideline called the 14-day rule, which limits embryo research to the two-week period after fertilization.

Last June, the administration of President Donald Trump stopped fetal-tissue research by government scientists and introduced a requirement that any grant applications involving such material undergo an additional ethics review.

None of these laws and guidelines specifically deals with the increasingly complex collections of cells that have been shown to mimic the early stages of human embryo development, and to shed light on processes that are otherwise difficult to study. Crucially, embryo-like structures are not formed from an egg and sperm, as real embryos are. Scientists say that it is unclear whether or how existing guidelines are being applied to research on the structures.

Siggia and his Rockefeller colleague Ali Brivanlou, a developmental biologist, submitted a progress report to the NIH in 2018 on a grant to study the mechanisms by which colonies of embryonic stem cells organize themselves. Siggia says that they were told by staff at the agency’s National Institute of General Medical Sciences to cut any plans in which embryonic cells interacted with “extra-embryonic” cells — tissue that grows into the placenta and other structures that nourish an embryo.

Siggia says this was surprising because this addition would be the next step in experimental design. But the NIH balked, he says. “The mix of extra-embryonic and embryonic cells could get what someone would construe to be an embryo — and they didn’t want to go anywhere near that.”

“We had to re-submit plans for [the] next year and remove certain topics, and then it moved forward,” Siggia says of the progress report. More recently, staff members at the NIH’s Eunice Kennedy Shriver National Institute of Child Health and Human Development reiterated that message when they were discussing another grant with Siggia.

An NIH spokesperson said the agency does not comment on unfunded grant applications.

The Rockefeller group is not the only one adapting its plans so that it can continue its work. Aryeh Warmflash, a stem-cell biologist at Rice University in Houston, Texas, says he isn’t applying for federal funding for work that uses embryo-like structures to study the phase of embryo development known as gastrulation, an area in which he has done pioneering work. “It doesn’t seem to me to be worth the effort,” Warmflash says. Instead, he is turning to private funders.

Fu Jianping, a bioengineer at the University of Michigan at Ann Arbor, says that he submitted a grant application to the NIH to study the origin of precursor cells to egg and sperm, using embryo-like models. The agency reviewed and scored it last June. A programme officer emailed Fu a list of questions, including one that asked if his experiments would also involve extra-embryonic tissue. Several months later, Fu says he hasn’t received any funding. “The uncertainty from the funding agencies is definitely going to be a roadblock to continued progress in this emerging area,” he says.

An NIH spokesperson told Nature that scientists with questions about any grant application or award could contact the relevant NIH official.

Despite the funding uncertainty, the advances in studying embryonic development have been swift. In 2016, Siggia was a member of one of two groups, in the United Kingdom and United States, that succeeded in growing human embryos in a dish for up to 13 days after fertilization1,2. In so doing, they bettered the previous record of nine days, reported in 20033. The feat suggested that it might be technically possible to go beyond the 14-day rule, prompting ethicists to ask if it was time to re-evaluate that boundary.

Last September, Fu’s group described a new way to grow embryo-like structures from human stem cells4. The following month, two teams in China reported that they had grown monkey embryos in a dish for 20 days5,6.

Some researchers acknowledge that the field is nearing a new ethical boundary. In a 16 January opinion piece7 in Stem Cell Reports, a journal of the International Society for Stem Cell Research (ISSCR), researchers note that the legal definition of what an embryo is varies between countries, leaving room for confusion about how research with synthetic embryos is interpreted. The authors called on the ISSCR to clearly define guidelines for the ethical conduct of this line of work.

On the same day, the ISSCR issued a statement promising to release updated guidelines in early 2021 that address the complexity of this area. It also included a series of recommendations for researchers to follow in the meantime, among them a request that cell cultures of embryo-like structures that last longer than 14 days be reported to their institution’s oversight committee for research involving embryos.

“The NIH of course is struggling with the question when is an embryo not an embryo,” says Janet Rossant, a developmental biologist at the Hospital for Sick Children in Toronto, Canada, who is among the organizers of the workshop and a co-author of the Stem Cell Reports piece. “I would also absolutely say we’re not close to a line that should not be crossed.”