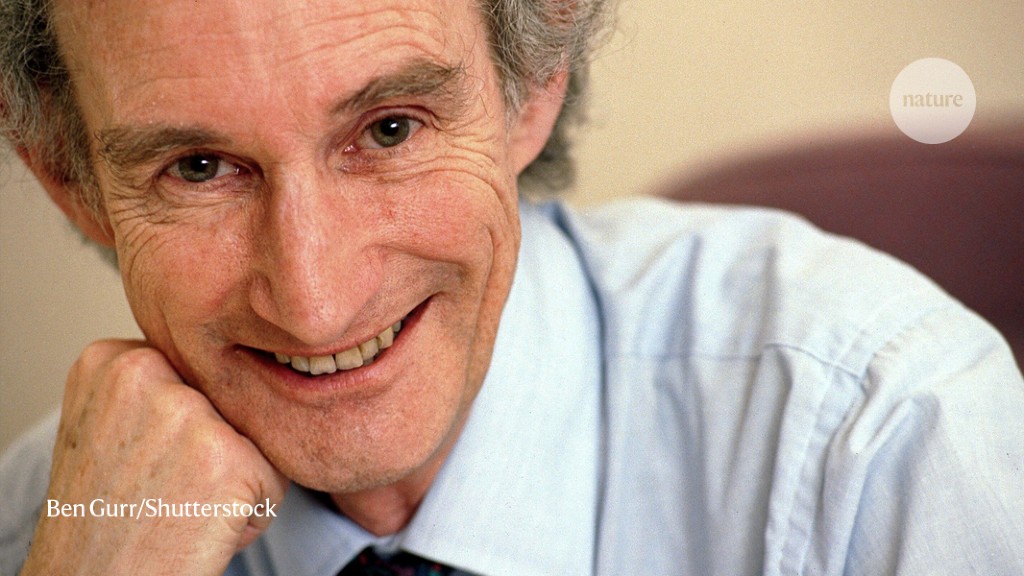 Robert (Bob) May was the leading mathematical ecologist of his generation and one of the most influential individuals in UK science. A towering intellect, he combined an extraordinarily quick analytical brain with an ability to synthesize information.

May’s contributions were in three main areas: biodiversity, population dynamics and infectious-disease epidemiology. In each, he generated fundamental insights by creating analytical mathematical models that captured the essence of the biology. He helped to transform ecology from a descriptive discipline into a quantitative, analytical science.

From 1995 to 2000, May was chief scientific adviser to the UK government. With his direct style (he never shied away from blunt phrases), May established the role as a high-profile public post, unafraid to speak truth to power. May was forceful on many issues, including bovine spongiform encephalopathy (BSE), genetically modified crops, climate change, homeopathy and infectious diseases. Clarity of thinking and expression enabled him to present complex issues in an understandable way without sacrificing rigour. He developed the UK ‘Principles of scientific advice to government’, emphasizing three principles: transparency, seeking a wide range of views and fully acknowledging uncertainties. These are particularly relevant in the current pandemic, during which scientists have been called on to advise on policy to deal with a new and poorly understood threat.

May was born in Sydney, Australia, in 1936. He switched from studying chemical engineering at the University of Sydney to physics, attracted to its analytical nature. He completed his PhD in the field of superconductivity. In the 1950s, theoretical physicists were beginning to rely on computers to solve equations; May preferred pencil and paper.

In 1969, motivated by a group at Sydney concerned with social responsibility of scientists and influenced by the renowned ecologist Charles Birch, he became interested in the factors that would prevent collapse in ecosystems such as coral reefs. Two years later, May met Robert McArthur, then the world’s leading theoretical ecologist. Following McArthur’s untimely death, May moved to Princeton University in New Jersey to succeed him as Class of 1877 Professor of Zoology.

The prevailing view in the 1960s was that ecosystems with little biological diversity, such as agricultural monocultures, were more unstable because, for example, disease could spread rapidly through them. In his 1973 book Stability and Complexity in Model Ecosystems, May showed that communities of competing species become less stable as diversity increases, unless mechanisms that promote stability affect their interactions. The research his models stimulated has since demonstrated such mechanisms, for instance, plants extracting nutrients from the soil at different depths. This is highly relevant in current debates about the resilience of ecosystems to climate change and other disruptions. 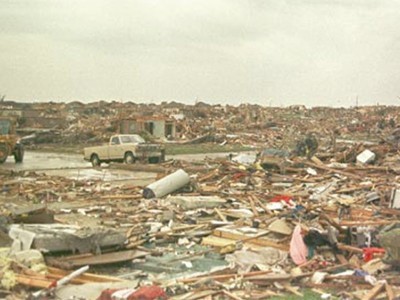 May also became one of the pioneers of applying chaos theory to biology. Population ecologists seek to understand why the number of individuals in a population changes over generations. May showed that, for populations with discrete generations, the same model (a non-linear difference equation) could produce stability, cycles of increase and decrease, or chaotic fluctuations, depending on its parameters. The slightest change in initial conditions could lead to widely divergent patterns.

In 1988, May relocated to England as a Royal Society Research Professor, based at the University of Oxford, UK, and Imperial College, London. With the epidemiologist Roy Anderson, May developed a series of insightful analytical models, summarized in their 1991 book Infectious Diseases of Humans: Dynamics and Control. Their key innovation was reducing the problem of understanding why and when diseases spread to a few key variables. If, for example, the number of new infections from one primary case (the transmission factor, R0) exceeds one, the disease has the potential to become an epidemic. Anderson and May calculated the effective transmission factor if a fraction of the population is immune, for instance as a result of vaccination. This allowed them to predict the proportion of the population that would need to be vaccinated to prevent the spread of a disease. These insights form the foundation of our understanding of the coronavirus pandemic, as R0 has moved from technical papers into news bulletins around the world.

Between 2000 and 2005, May was president of the Royal Society. There, he particularly championed female scientists, leading to an increase in the number of women elected to the fellowship. And as an independent member of the second chamber of the UK Parliament, he was an effective inquisitor of government ministers as a part of the House of Lords Science and Technology Select Committee.

The 2008 financial crisis led May in a new direction. Building on his work on the stability of ecological communities, May and his colleagues analysed the banking system. The insights generated by his modelling included recommendations, now paying dividends, that the interconnectedness of the banking system should be limited and that the capital reserves of banks should be increased to promote greater stability.

Bob was a loyal colleague, and an extremely competitive individual (it was once said that when he went home to play with his much-loved poodle Perri, he played to win). He was a keen runner — one of us, J.R.K., ran more than 15,000 kilometres with May over a period of 20 years. An annual highlight for Bob was the summer walk for his academic colleagues that he organized for over 40 years, starting in 1975. For a few days, at beautiful mountainous locations around Europe, and accompanied by his wife Judith, Bob would lead a heady mix of camaraderie and scientific discussion.

The FBI is mad because it keeps getting into locked iPhones without Apple’s help
Oil rises on signs of firmer demand, fall in U.S. crude stocks
As summer driving season kicks off, it’s unclear just how many people will take to the road
Brazil minister calls for environmental deregulation while public distracted by COVID
Extra Crunch Live: Join Box CEO Aaron Levie May 28th at noon PT/3 pm ET/7 pm GMT