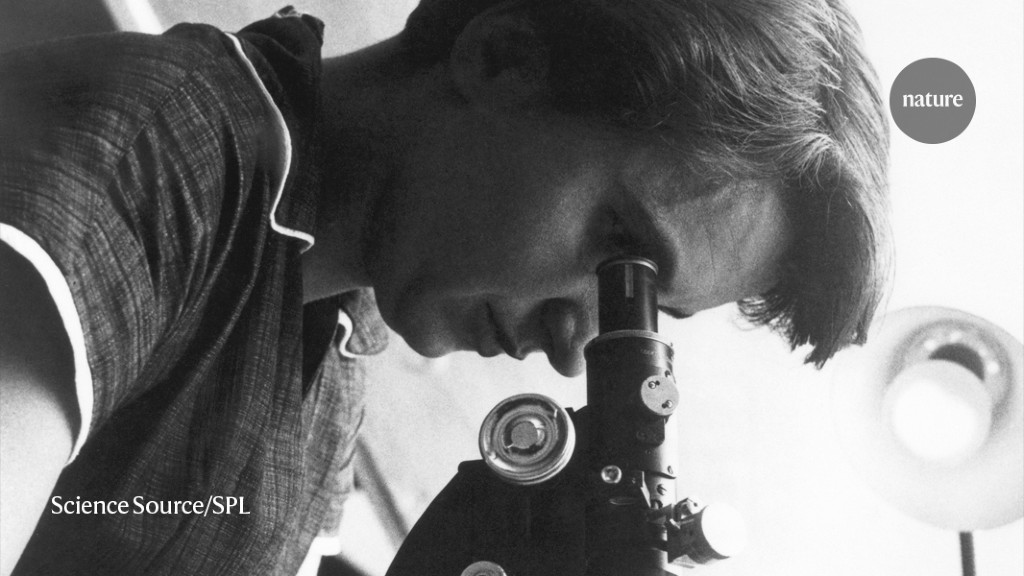 At the centre of Rosalind Franklin’s tombstone in London’s Willesden Jewish Cemetery is the word “scientist”. This is followed by the inscription, “Her research and discoveries on viruses remain of lasting benefit to mankind.”

As one of the twentieth century’s pre-eminent scientists, Franklin’s work has benefited all of humanity. The one-hundredth anniversary of her birth this month is prompting much reflection on her career and research contributions, not least Franklin’s catalytic role in unravelling the structure of DNA.

She is best known for an X-ray diffraction image that she and her graduate student Raymond Gosling published in 19531, which was key to the determination of the DNA double helix.

But Franklin’s remarkable work on DNA amounts to a fraction of her record and legacy. She was a tireless investigator of nature’s secrets, and worked across biology, chemistry and physics, with a focus on research that mattered to society. She made important advances in the science of coal and carbon, and she became an expert in the study of viruses that cause plant and human diseases. In essence, it is because of Franklin, her collaborators and successors, that today’s researchers are able to use tools such as DNA sequencing and X-ray crystallography to investigate viruses such as SARS-CoV-2.

Franklin’s research career began in the physical sciences. In some of her earliest work, in the 1940s, including her PhD, Franklin helped to determine the density, structure and composition of coal, a fossil fuel that was used widely to heat homes and to power industry. Franklin wanted to understand the porosity of coal, mainly to learn how to make it burn more efficiently. But, as Patricia Fara, a historian of science at the University of Cambridge, UK, points out, the porosity of coal was also a key factor in the effectiveness of Second World War gas masks, which contained activated-charcoal filters. As such, Franklin indirectly aided in the design of the personal protective equipment of her day. 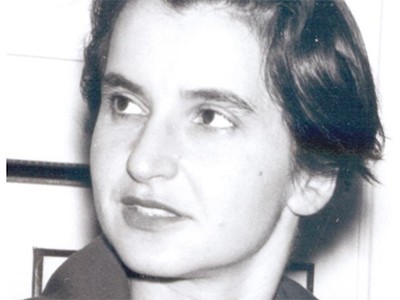 Franklin’s coal research established her reputation. Her first Nature paper, in January 1950, explored how certain electrons in carbon affect how it scatters X-rays2. The following year, she laid out her most important contribution to coal science: the discovery that the carbon formed as coal burns falls into one of two categories, graphitizing or non-graphitizing, and that each has a distinct molecular structure3. This work revealed the main difference between coke and char — two products of burning coal. Coke could be transformed into crystalline graphite at high temperatures, whereas char could not. The work also helped to explain why coke burns so efficiently — hot and with little smoke. This makes it useful in industrial processes that need to create vast quantities of heat, such as smelting in steel foundries.

From coal, Franklin moved on to the study of viruses, which would fascinate her for the remainder of her life. During the 1950s, she spent five productive years at Birkbeck College in London using her X-ray skills to determine the structure of RNA in the tobacco mosaic virus (TMV), which attacks plants and destroys tobacco crops. The virus was discovered in the 1890s, when researchers were attempting to isolate the pathogen that was harming the plants, and found that it was too small to be a bacterium.

Franklin produced detailed X-ray diffraction images, which would become her hallmark. At one point, she corrected James Watson’s interpretation of TMV’s helical structure. Knowledge of the virus’s structure allowed other scientists to forge ahead in the early days of molecular biology and use TMV as a model to help break the genetic code.

With the structure of TMV resolved, Franklin set out to study other plant viruses blighting important agricultural crops, including the potato, turnip, tomato and pea. Then, in 1957, she pivoted again to begin studying the virus that causes polio, which is structurally similar to the turnip yellow mosaic virus. At the time, polio was a feared communicable disease. It has since been mostly eradicated, although cases linger in Pakistan and Afghanistan.

But time was not on Franklin’s side. In 1956, she was diagnosed with ovarian cancer, and she died two years later at the age of just 37. Her collaborators Aaron Klug and John Finch published the poliovirus structure the following year, dedicating the paper to her memory4. Klug would go on to be awarded the 1982 Nobel Prize in Chemistry for his work on elucidating the structure of viruses.

Franklin was an inveterate traveller on the global conference circuit and a collaborator with international partners. She won a rare grant (with Klug) from the US National Institutes of Health. She was a global connector in the booming early days of research into virus structures: an expert in pathogenic viruses who had gained an international reputation and cared deeply about putting her research to use.

It is a travesty that Franklin is mostly remembered for not receiving full credit for her contributions to the discovery of DNA’s structure. That part of Franklin’s life story must never be forgotten, but she was so much more than the “wronged heroine”5, and it’s time to recognize her for the full breadth and depth of her research career.

Quick Charge Podcast: August 5, 2020
Here’s how beer (yes, really) is being used as green energy
Sensitive to claims of bias, Facebook relaxed misinformation rules for conservative pages
The trials of global research under the coronavirus
How Old Can We Get?