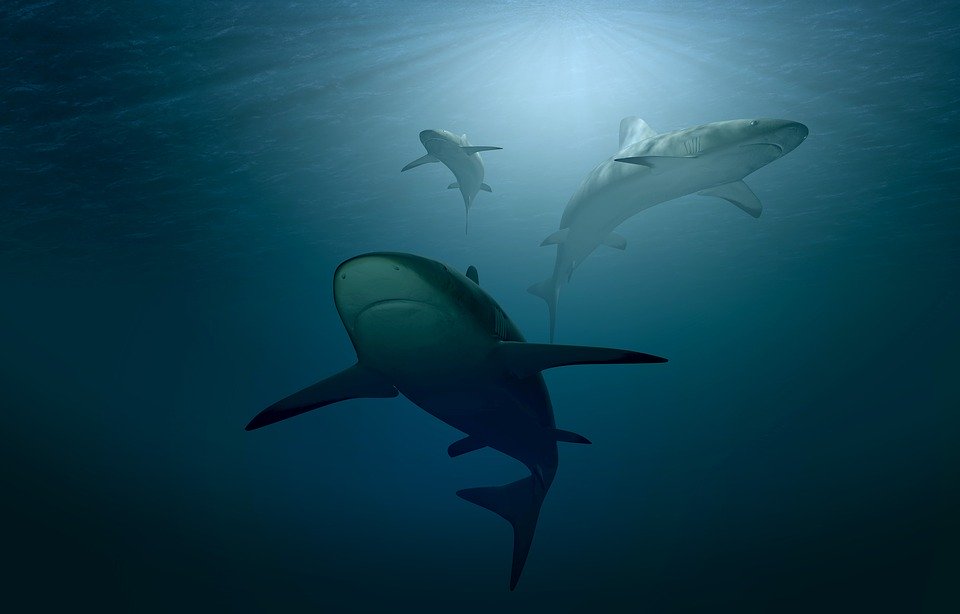 Sharks may be able to smell blood from miles away, but they probably don’t know what red is.

Vertebrates have developed a highly adaptable set of opsin genes that generate light-sensitive pigments to decode the retinal image. These opsins include a rod opsin to aid in seeing in low light, and four classes of cone opsins to see in bright light and detect colors across the visible light spectrum.

In a paper published in Biology Letters by a team at the University of Western Australia, they studied the visual systems of many different species of elasmobranch (sharks and rays) and what they have found is a diversity in eye design that mirrors the ecological and behavioral diversity of the taxon (a population of organisms).

There was a theory that sharks were initially thought to have a very poor vision-based largely on the nocturnal habitats of the limited number of representative species used for the original studies.

Using a technique called micro-spectrophotometry, the team looked at the retinal cells of 17 species of shark caught off Queensland and Western Australia.

The most common kind of light receptors was found to be “rod” cells, which are highly sensitive to light and allow night vision but cannot tell colors apart.

The toothy predators are likely forever seeing the world in black and white, according to this study that is is the first to investigate the genetic basis and spectral tuning of the shark visual system.

The benefits could likely save both sharks and people.

Led by Dr. Nathan Scott Hart from the University of Western Australia, these animals are color-blind due to the photoreceptors they have got in the retinas of their eyes. There are two main types of light-sensitive cells to allow animals to see: Rod cells help measure brightness, while various types of cone cells help distinguish colors. They peeked at the structure of sharks’ rod and cone photoreceptor cells in the retina. Human eyes come with red, green, and blue cone variations, while sharks appear to have just one kind of cone.

According to Hart, their study suggests that “contrast against the background, rather than color per se, might be more important for object detection by sharks.”

Rays and chimeras, both close relatives of sharks, are not color-blind.

Hart and his team’s findings are published online in Springer’s journal Naturwissenschaften.

This may contribute to prevent attacks on humans and assist in the development of fishing gear that may reduce shark bycatch in long-line fisheries.

The team’s study has shown that all cartilaginous fishes, similar to the marine mammals, have lost the SWS1 and SWS2 opsin genes.

It was confirmed that all the shark species studied to date appear to be cone monochromats but report that in different species the single cone opsin may be of either the RH2 class of opsins or the LWS.

The question of how to coexist peacefully with these fascinating and complex animals is at the forefront of the debate in the community, the media and local government in Western Australia. There are often calls for either targeted or widespread culling of sharks in the aftermath of fatal shark attacks.