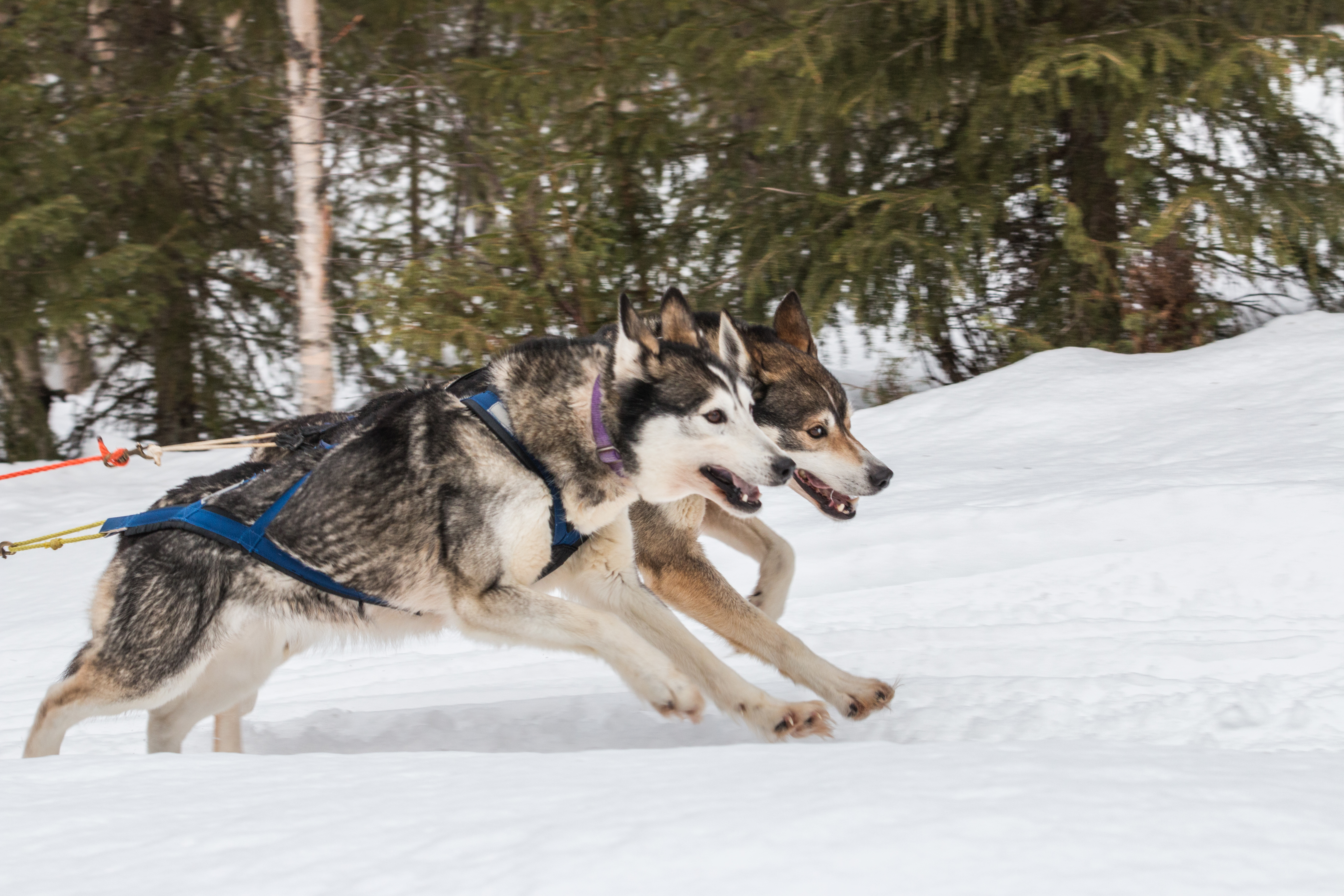 Research has revealed that breeding Arctic sled dogs began almost ten thousand years ago. In 2017, archaeological evidence unearthed by scientists in Zhokhov, a remote Siberian island, shows that ancient humans have bred dogs to pull sleds. This archaeological record is considered as the earliest evidence that ancestors did some dog breeding.

These sled dogs were used for sledding more than nine thousand years ago, and they have been adapted to Arctic conditions that go far back. The researchers have sequenced ten modern sled dogs, an ancient sled dog, and an ancient Siberian wolf. Their genetic relationship with current dogs was also analyzed. The examination has revealed that an ancient lineage that goes back to at least 9,500 years ago exists between prehistoric sled dogs and modern sled dogs.

The research shows that wolves bred with the ancestors of sled dogs and pre-contact American dogs. However, their analysis has also determined that the genetic flow between wolves and sled dogs most probably stopped before 9,500 years ago. Present-day sled dogs have not acquired DNA from ancient wolves within the last 9,500 years. They, too, do not possess the genome of the modern wolf, according to the researchers.

This study conducted by researchers from the University of Copenhagen proves that sled dogs are not just older but also have adapted to Arctic conditions much earlier than previously believed.

It was previously believed that the Siberian dog, named Zhokhov, after the island’s name, was a kind of ancient dog that was a type of common ancestor of all dogs, and possibly, one of the earliest domesticated dogs. However, the new study has determined that the genome of modern sled dogs such as the Greenland sled dogs, Siberian Husky, and the Alaskan Malamute shares a high resemblance with the genome of Zhokhov.

Mikkel-Holder Sinding, one of the authors of the study, said that sled dogs’ results imply that sled dogs have aided human subsistence thanks to a combination of these dogs with innovative sled technology of human ancestors. Arctic-adapted dogs were most likely essential to human life in the Arctic, as suggested by archaeological evidence from Eastern Siberia.

Little is known about the genetic past and evolution of the modern sled dogs. Still, their ancestors were most probably used to pull sleds, transportation of goods and resources in the frozen Arctic zone, and aiding long-distance travel similar to the roles played of the modern-day sled dogs.

Apart from the recently uncovered facts about the genetic sequence and ancestry of the sled dog, the study has discovered that between sled dogs and common dogs, the former does not have the same genetic adaptations to a starch-filled or sugar-rich diet compared to the latter. In contrast, sled dogs have adjustments similar to those of Arctic people and polar bears, which is the mechanism to adjust to high-fat diets that is crucial for the climate zone and the intensive tasks they do as well as for increased oxygen uptake.

The findings demonstrate that Arctic people and the sled dogs have partnered and adapted together for more than 9,500 years that traces back to the roots of ancient sledding traditions.