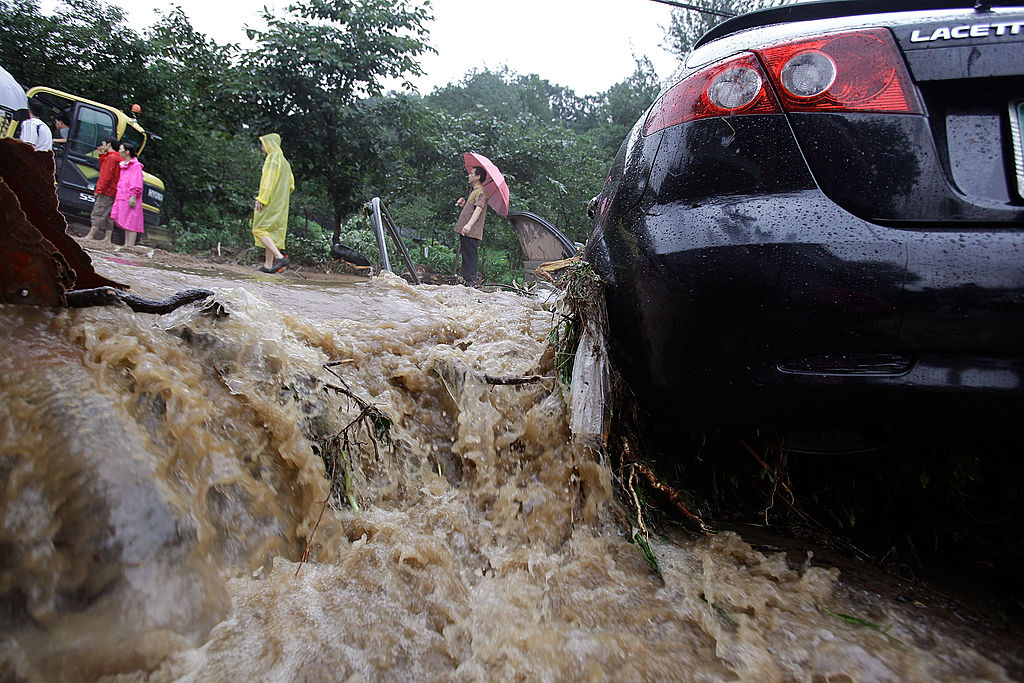 Torrential rain and high tides on July 23 caused massive flooding in South Korea, killing three people. Disaster officials said that 195 people evacuated, and there were 51 people rescued from the floods. Authorities warn of more rainfall and flooding in the coming days.

On Thursday night, three people were found dead in cars submerged in floodwaters in Busan. A person was also declared missing after being swept by an overflowing river in Ulsan.

Ulsan and Busan were hardest-hit cities. It also experienced flooding and mudslides. In South Gyeongsang Province, floods and landslides blocked the road and destroyed homes, including Busan’s large port city. Some parts of Seoul’s intercity highways were also closed.

Busan had 202 mm of rain in the past 36 hours. The heavy rains were brought about by a depression on the seasonal rain front called “jangma” in South Korea.

At the height of the rains, an underpass was flooded by up to 2.5 feet. Vehicles were stuck, and firefighters had to rescue eight people. The rescuers took the victims to the hospital following the rescue operations.

Firefighters also reported 31 people rescued from a flooded garage and a basement of a nursing home. 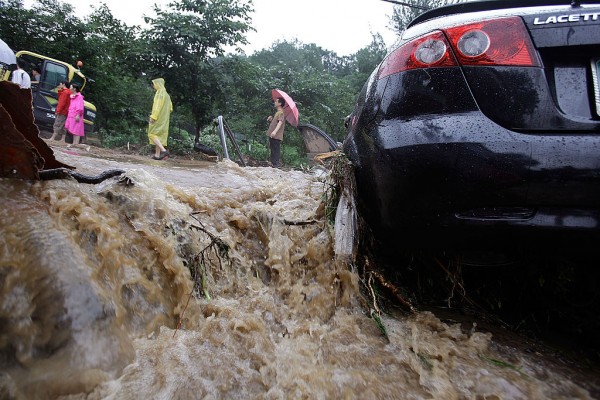 On July 10, 200 millimeters of rain also poured in Busan, local weather officials report. Meanwhile, the city’s central ward of Yeongdo had 250 mm of rain. Northport had 220 mm, while Haeundae had 143mm. While no injuries from the flooding, authorities reported 45 cases of flooded roads and buildings.

On July 13, two people died in Hamyang, while two others were rescued in Hapcheon after heavy rains and flashflood hit across South Korea. Several locations recorded 200 mm of rain in 24 hours, Sancheong in South Gyeongsang Province had 277 mm of rain.

July is the rainiest month of the year in South Korea. As of this month, Busan holds a record of 570 mm of rain. South Korea’s neighbors, China and Japan, are also experiencing heavy rains and flooding at this time of the year.

According to NASA Observatory, the amount of rainfall accumulation across South and East Asia from June to July 20 this year breaks records. From the remotely-sensed estimate data that came from Integrated Multi-Satellite Retrievals for GPM, NASA noted high rainfalls across India. For example, in the northeastern state of Assam, it recorded a total of 89 centimeters of rain from June 1 to July 22. The figure this year, according to NASA, is 20 percent more than the normal. The rainfall caused massive flooding displacing thousands of people and killing dozens of people and animals in the Assam Kaziranga National Park.

In China, rivers and lakes overflowed to record high levels. Poyang Lake reached 22.6 meters on July 13, way above the 19.2 meters annual average maximum. All over China, flooding and landslides damaged structures and affected millions of people.

This year, according to NASA, “the low-pressure systems of Asia’s summer monsoon have been strong and stationary, allowing to pick up even more moisture from the Indian and Pacifica oceans and deliver it to land.”