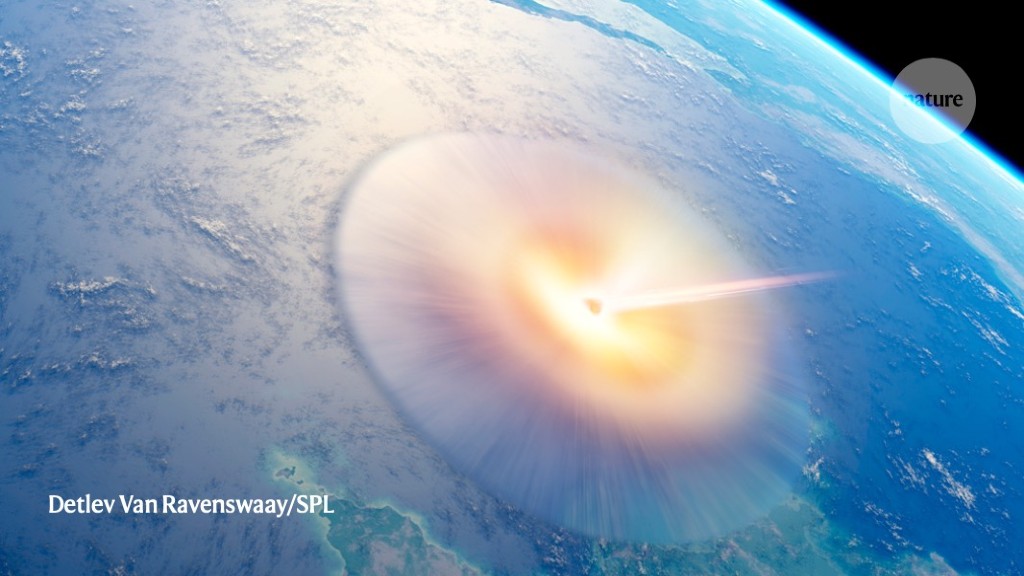 The huge asteroid that slammed into Earth 66 million years ago blanketed the entire planet in debris. Now simulations show exactly how that material spread so far from the impact site.

The asteroid hit the Yucatan peninsula in modern-day Mexico. It created a global layer of clay that is rich in the metal iridium, which is rare on Earth but common in space rocks. The clay layer is approximately 3 millimetres thick, even at locations more than 6,000 kilometres from the impact site. Researchers have struggled to explain how the wreckage traveled so far.

Natalia Artemieva of the Planetary Science Institute in Tucson, Arizona, and Joanna Morgan at Imperial College London modelled how impact debris would have zoomed through the air. The researchers found that the debris interacted with the atmosphere to form a dense dust cloud that raced over the Earth at several kilometres per second. That’s fast enough to carry the iridium-rich debris all around the planet.