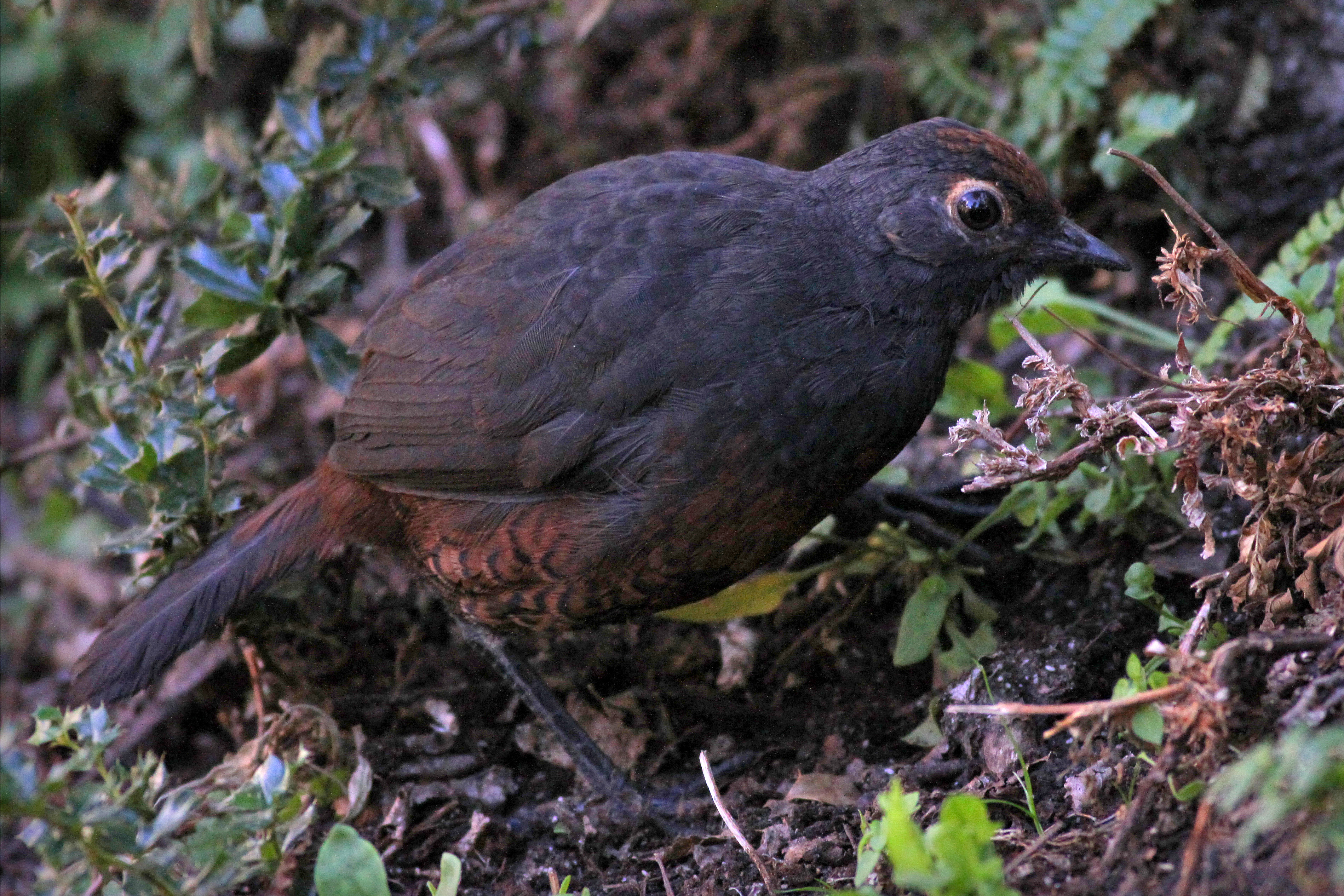 Truffles, according to Matthew Smith, a fungal ecologist at the University of Florida, “are understudied everywhere in the world. You never know what you will find.” Smith has a particularly keen interest in the fungi.

Finding these mushroom are difficult, he admits. In North America, for example, it is usually found in animal holes as several mammals like voles, gophers, chipmunks, and shrews consume truffles, so dug out holes of these animals often lead them to the fungi.

Smith is looking for other kinds of truffles that mycologists call “true truffles” from the genus Tuber. In the Aysen Region of Southern Chile, Smith was looking for truffle varieties that grow underground. Smith noticed that the litter-laden forest floor had distinct patches that seem like someone raked and scattered the leaves.

Smith later discovered that a Black-throated Huet-huet (Pteroptochos tarnii) watched him dig, and as he searched for truffle into the next patch, the bird would scratch and examine where he dug earlier. His local guide confirmed that the Huet-huet and Chucao Tapaculo (Scelorchilus rubecula) rummage through the dirt. He also found small sizes of truffles in the disturbed patches making him suspect that the said birds also eat truffles.

Surprisingly, there are birds from all over the world that are truffle-eaters. A University of New England graduate student, Todd Elliot, compiled 18 bird species that also consume truffles.

Some indigenous cultures have known about the bird and truffle relations for generations. A desert truffle in Kuwait that birds eat, for example, is called Phaeangium Lefebvre, which means “bird’s fungus.” For truffle hunters in Bahrain and Turkey, places that birds frequent are indicators of the presence of the edible variety of truffles. Birds are also used as indicators for the presence of edible truffles in the Pitjantjatjara aboriginal community in Central Australia.

Elliot thinks that researchers may have missed this feeding behavior on birds because it is difficult to determine what the ground-feeding birds eat when it searches food on the ground. Some researchers may even mistake truffles to fruits or berries because of their color.

To confirm the truffle on the diet of the two birds, Smith and his graduate student, Marcos Vinicius Caiafa Sepúlveda, analyzed the poop of Huet-huet and tapaculo. The study was also meant to determine if it is a staple in their diet.

The study revealed that the truffles were part of the diet of the two birds, along with insects and other foods. The birds also feed on at least 20 truffle species based on the DNA analyses of the genetic material in the poop. Several truffle spores remained intact in the feces, which indicate that these birds are responsible for dispersing the truffles on the forest floor.

This spore dispersal services are essential in maintaining the population of the truffles, and for the health of the species that host them. Truffles grow on the roots of trees. Mycelia, the truffle’s roots, become part of the tree’s rooting system. The truffle facilitates the transfer of essential nutrients and water from the soil.

Smith reckons that the truffles are dispersed primarily of the said birds and that several truffle species rely on these birds to propagate.

The findings, of this study, according to Elliot, are interesting as it “brings us one step closer to developing a better understanding of the important ecological role birds play through dispersing truffles.”

Disney shares rise after the company says it has 100 million streaming subscribers, plans to launch a new streaming service
Hurricane Isaias Goes Through the Atlantic as Florida and the Bahamas Brace for Disaster
L3Harris cleared to begin production of Air Force NTS-3 navigation satellite
Our Next Mars Rover is Headed to The Red Planet on This Week @NASA – July 31, 2020
COVID-19 Bankrupts 19 Energy (Oil & Gas) Companies