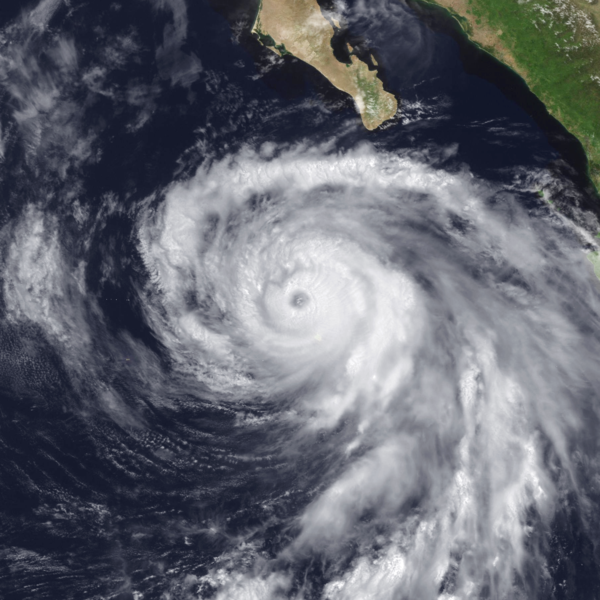 Tropical storm Hanna and Hurricane Douglas are approaching, and NASA provides an animation that tracks Hanna as it progresses in real-time.

The NHC or National Hurricane Center announced a warning alert for tropical storm Hanna from Rio Grande’s mouth to Texas’ San Luis Pass on July 24, 2020. As of 11 AM EDT July 24, the NHC observed that the center of the cyclone was located near 27.2° N latitude and 93.2° W longitude. This is data provided by the reconnaissance aircraft of the National Oceanic and Atmospheric Administration or NOAA. The storm’s location is 420 kilometers or 260 miles east from Corpus Christi, Texas.

Hanna is seen to move towards the northwest-west direction at speeds approaching 9.3 miles per hour. Such a trajectory is expected to be maintained. The highest sustained winds have increased up to almost 45 mph with greater wind gusts. According to NOAA’s reconnaissance aircraft reports, the lowest central pressure equals 1,000 millibars.

The forecast made by the NHC expects a westward turn tonight, which will then take a southwest-west route through the weekend. It is expected to increase strength until it finally makes landfall gradually. NHC forecasts that Hanna’s center will make landfall at the coast of Texas within the designated warning area in the afternoon to the evening of Saturday. After the tropical storm moves inland, it is expected to weaken steadily.

Tropical Storm Hanna’s visible imagery is obtained by NASA through its Aqua satellite, which enabled the space agency to create an animation to track the cyclone’s progress. Data shows that the storm took form at the Gulf of Mexico and is continuing to organize. NASA’s animation shows the way the storm developed and continues to intensify while heading towards landfall this coming weekend in Texas.

The Aqua satellite carries the Moderate Imaging Spectroradiometer, which provided Hanna’s visible image as of 1:30 PM EDT, July 23. It is showing how the storm now has a more organized shape with a more rounded form compared to what it looked like two days ago. This is a clear indication that Hanna continually strengthens, consolidates, and organizes.

Using the past two days’ satellite images and the one taken on July 23, NASA made an animation with its Worldview product at its Goddard Space Flight Center. The animation showed how clouds that are associated with the present LPA or low-pressure area occurring near south Florida moved westward into the area of the Gulf of Mexico, where it started forming into a tropical depression and then further developed into a tropical cyclone.

The EOSDIS of NASA, or the Earth Observing System Data & Information System, is a Worldview application that lets the space agency browse more than 700 full-resolution layers of satellite images on a global scale interactively, and download its underlying data. A lot of the available layers of imagery get updated only three hours from observation, which essentially lets NASA see the entire planet on a relatively real-time basis.

The Aqua satellite is only one among the fleet of satellites by NASA, which produces hurricane research data.

ALSO READ: Remembering India in 2016: How Global Parli and an Entire Community Survived a Drought

Meanwhile, Hurricane Douglas, the first hurricane entering US soil since the COVID-19 pandemic, is on its way to Hawaii. An emergency declaration was issued by the Hawaiian governor late last Friday.

Douglas became a category three last Thursday with sustained winds of up to 130 mph. Meteorologists are warning the public of dangerous surf, heavy rain, and strong winds.

As of Friday, the Hawaiian islands and Maui County have been placed on hurricane watch.

VW to start ID.4 electric SUV in a few months, US production on track for early 2022
How researchers overturned US sanctions on a virtual summer school
Planting tiny urban forests can boost biodiversity and fight climate change
Veteran manufacturers question pricing strategy of newcomers
How Do Braces Actually Work?