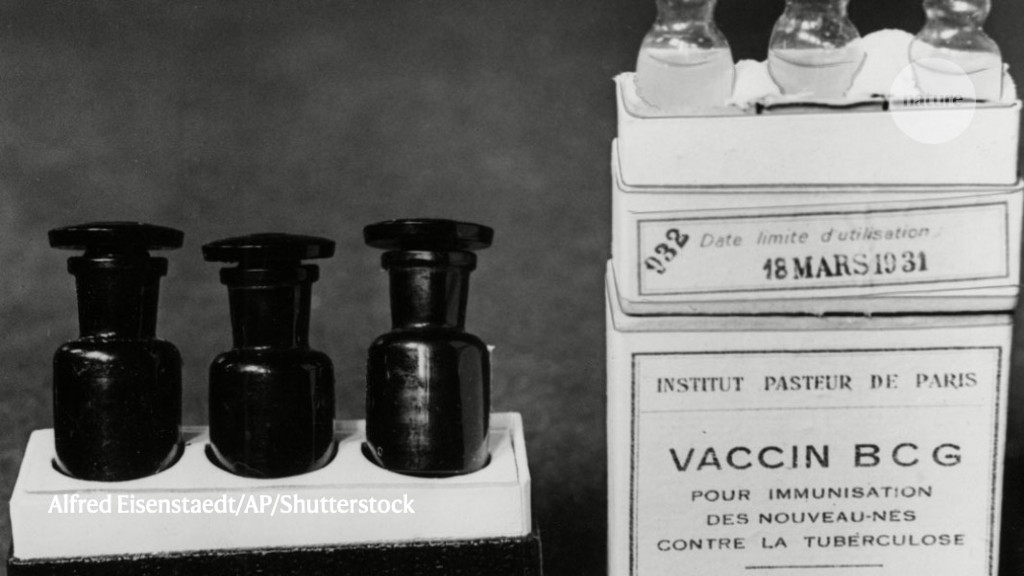 Tuberculosis is the deadliest human infection, killing 1.5 million people in 2018 alone (go.nature.com/2kbuiq). It is widely accepted that an effective vaccine against the bacterium responsible, Mycobacterium tuberculosis, would be the most practical way to control the disease. However, the pathogen is often able to resist the immune responses elicited by vaccination. This has raised the question of whether it is possible for a conventional vaccine to confer sterilizing immunity against TB — a gold-standard immune status for vaccines, under which disease is prevented and the pathogen completely eliminated, often before it can even establish a productive infection. In a paper in Nature, Darrah et al.1 provide a resounding answer to this question by showing that near-complete protection from TB infection can be conferred using a century-old vaccine, simply by changing its route of administration.

The only currently licensed vaccine against TB is a live strain of the related pathogen Mycobacterium bovis, the virulence of which was attenuated in the laboratory between 1908 and 1921. The strain, known as bacille Calmette–Guérin (BCG), has been administered to more than one billion people (go.nature.com/2cxwew6) since then (Fig. 1).

The BCG vaccine is effective against some deadly early-childhood forms of TB. However, its ability to prevent the transmissible pulmonary form, which is the dominant form in adults, has been patchy2: it confers protection for some groups of people in some countries, but is generally insufficient to reduce the number of active TB cases in countries where the infection is endemic. Despite these limitations, BCG remains the only TB vaccine to confer protection in large-scale trials3. The mechanisms that determine its efficacy are a topic of much interest.

BCG is typically given as an injection into the dermal tissue that lies just beneath the outer layer of the skin. This injection site is convenient and contains specialized cells that stimulate immune responses. However, vaccines that activate immune cells at the site of potential infection can be more effective at destroying invading pathogens. Thus, current immunological thinking suggests that vaccines administered directly into the lung or the upper airways would be better at preventing pulmonary infections, including influenza and TB. Darrah and colleagues therefore investigated whether a different route of BCG administration could improve protection against pulmonary TB. 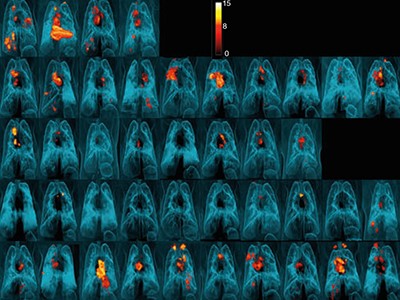 Darrah et al. performed their analysis using rhesus macaques, because TB infection in these monkeys closely mirrors the human disease. They evaluated five vaccination strategies. Animals were given the BCG vaccine in one of the following ways: at the standard dose through the conventional intradermal (i.d.) route; at a higher-than-normal dose intradermally; by means of an aerosol to inoculate the lung; through a combination of the high dose i.d. and inoculation by aerosol; or through an intravenous (i.v.) injection. The authors exposed the macaques to M. tuberculosis six months after vaccination, and tracked disease progression to determine how the administration route and dose of the vaccine affected protection against the infection.

Vaccinations given intradermally or by aerosol conferred, at best, modest protection from pulmonary TB. By contrast, i.v. vaccination afforded nearly complete protection from the disease. Strikingly, the researchers could not detect any trace of the pathogen in six out of ten animals that received the i.v. vaccination, indicating that the infection had been either prevented or cleared. Three of the other monkeys also showed high levels of protection. Thus, the route of BCG inoculation clearly affects immunity, and the i.v. route confers by far the strongest protection against TB.

What makes i.v. BCG vaccination so effective? Clear immunological correlates of protection (characteristics indicative of immunity against a disease) proved difficult to identify in the current study, because only one of the ten animals that received i.v. BCG was not protected against the infection, making it hard to properly compare protected and unprotected animals. To gain an understanding of the potential underlying mechanism, Darrah and colleagues therefore compared the immune responses of animals vaccinated by the different routes.

Compared with i.d. and aerosol vaccination, i.v. BCG led to a massive influx of immune cells called T cells into the lungs. The increased number of T cells was still apparent six months later, when the animals were exposed to M. tuberculosis. It is likely that this expansion occurs because i.v. injection leads to the delivery of a high dose of BCG to the lung — a hypothesis consistent with a recent study4 showing that direct intrabronchial inoculation of BCG can also protect against M. tuberculosis.

The authors next showed that the T cells recognized protein fragments called antigens produced by BCG. Because BCG and M. tuberculosis are closely related bacteria, these T cells also recognize M. tuberculosis antigens. The T cells that were recruited to the lung were classified as differentiated ‘memory’ T cells on the basis of their gene-expression profiles, the proteins on their surfaces and their function. These T cells survive long after vaccination, and, because they recognize the antigens produced by M. tuberculosis, they can be rapidly activated on infection, producing many ‘effector’ T cells, which combat the invading pathogen. 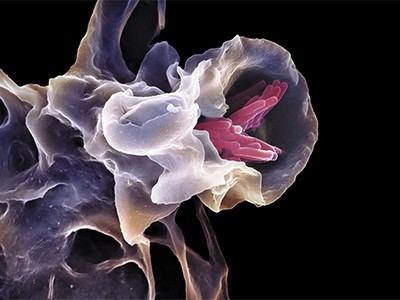 Although this circumstantial evidence implicates T cells in immunity against M. tuberculosis, the surprising efficacy of i.v. BCG relative to the other vaccine routes (which also elicit T-cell responses) suggests that other mechanisms of immunity are also involved. As Darrah et al. propose, these might involve: antibody responses against M. tuberculosis; innate immune cells, which are activated indirectly by infection (and do not require specific recognition of M. tuberculosis antigens); or innate training, a process by which immune cells such as macrophages gain an enhanced ability to protect, often nonspecifically, against microbes.

Darrah and co-workers’ findings raise the obvious possibility of controlling TB by giving people BCG by i.v. injection. In support of this idea, the intervention proved to be safe in the small cohort of rhesus macaques studied. But there is currently a drive to simplify vaccine deployment by eliminating the need for vaccines to be kept cold or for experts to administer them5 — both of which are crucial for i.v. injection.

Whether or not i.v. BCG is developed for clinical use, research that builds on Darrah and colleagues’ work could lead to an improved understanding of what protection against TB looks like — that is, to define correlates of protection. In addition, future work must delineate the mechanisms that lead to sterilizing immunity after i.v. BCG. If successful, it might be possible to develop a vaccine designed to activate the same protective immune mechanisms as those triggered by i.v. BCG, but that could be administered in a way that is safe and adaptable to mass vaccination programmes.