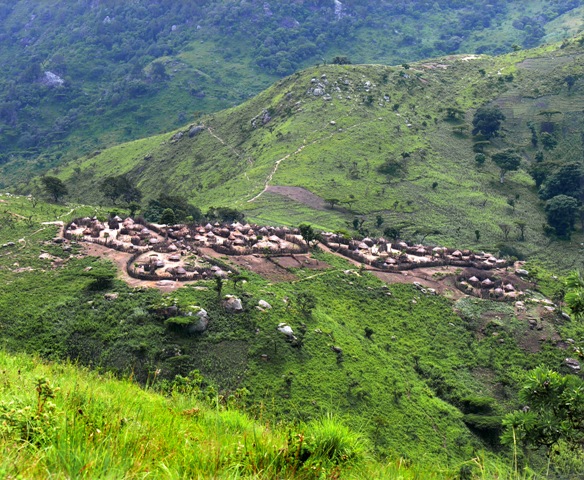 New research suggests that the community is like any other self-serving group suffering a famine but just as cooperative and generous as the rest of the world. Unfortunately, Turnbull had caught the ethnic group in an unfortunate time when resources were extremely scarce.

Far from cultivating a culture of selfishness, the researchers of the new study write that these claims made by Turnbull may be rejected.

Researchers at Rutgers University-New Brunswick discovered that the Ik people are just as generous as others using an experimental game to test a person’s generosity. This game has been played by hundreds of other people around the world, and the Ik, on average, are no less generous than others.

Cathryn Townsend is an anthropologist who was granted access to live with the Ik people in 2016. She said that one of their favorite expressions about generosity is “tomora marang,” which means “it’s good to share.”

The Ik people also believe in a spirit called kíʝáwika. This spirit in the Ik culture monitors and punishes selfish behavior. The researchers had also observed that the Ik people became more generous in the experimental game when the spirit character was introduced.

Lee Cronk, an anthropologist from Rutgers University, said that Cathryn Townsend’s work implies that there are numerous factors and considerations to be taken into account that also affect and shape how people behave. There are other possible reasons other than culture, including but not limited to famine or starvation.

Another implication, according to Lee, is that the Ik people can no longer be used to illustrate a community or society that has accepted and embodied selfishness. Some of Turnbull’s writings on the Ik people has also previously received criticism. Several scholars dispute the claims that the Ik people are unfeeling and immoral human beings entirely unconcerned with their loved ones and family.

Bernd Heine, an anthropologist who lived with the Iks in the 1980s, said in one of his written works that living with the Ik made him feel he was dealing with a wholly different people. Turnbull’s account of the Ik people and culture turned out to be inconsistent or discrepant from the observations made by anthropologists.

Townsend’s research is part of The Human Generosity Project, which aims to understand better how people and communities all around the world cooperate and share.

Her recent observations and probes to the Ik people have revealed a common misunderstanding that is similar to other communities. Townsend determined that the Ik are “fairly normal” compared to other societies when she used the “dictator game.” In this game, under changing parameters, a player can distribute resources to another player.

The researchers identified that the Ik know what appropriate things to be shared are, and even during the hunger season, the Ik continued to share food. Unfortunately, Turnbull’s research has plagued the community for a long time as he wanted to destroy the culture and language of the Ik.

The authors now argue that Turnbull’s error was to ultimately assume that all Ik behavior is only attributed to culture and no other factors.

VW to start ID.4 electric SUV in a few months, US production on track for early 2022
Amazon reportedly discussing using former J.C. Penney and Sears stores as fulfillment centers
Coronavirus adds to ViaSat-3 delay, first launch still in 2021
How researchers overturned US sanctions on a virtual summer school
Trump’s ban of Chinese apps has lots of precedent in other countries, and Apple and Google comply