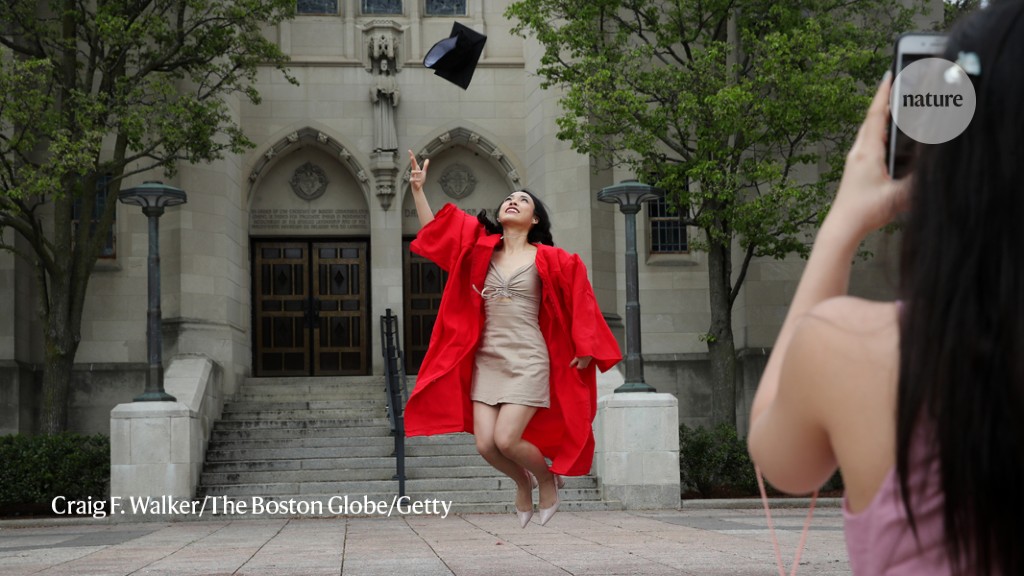 Over the past week, more than 200 universities in the United States have shown the power of swift, mass mobilization.

US states and technology companies were among those offering support as institutions large and small, private and public, mounted legal challenges to a decision by the administration of President Donald Trump that would have seen international students deported from the United States. The combined strength of opposition — and the power of argument — took the administration by surprise. The administration was forced to cancel its plan to compel international students to either enrol in courses that would be delivered in person or leave the country. The universities were right to argue that going ahead with this plan would have been dangerous and potentially disastrous.

For universities to have to sue their own government to protect the health, safety and security of their communities is a startling development. The institutions involved deserve full credit for taking such a step, which cannot have been easy. There are likely to be consequences, however, and universities need to prepare for a renewed attempt by the administration to achieve its aims.

Waves of celebration and relief greeted the government’s decision, announced at a federal court hearing in Boston, Massachusetts, on 14 July. International students will now be able to resume their studies without worrying about being sent home. Harvard University and the Massachusetts Institute of Technology, the Cambridge-based institutions that were among the first to file lawsuits challenging the decision, took particular — and well-deserved — satisfaction in the decision.

This latest attempt by the US government to undermine academia and its diverse community was evidently put together hastily and with little thought for the practical consequences.

According to the original 6 July directive from US Immigration and Customs Enforcement (ICE), holders of an F-1 academic visa — a non-immigrant visa used by PhD students and undergraduates — would have been stopped from entering the country for online-only instruction. Moreover, those students already in the United States who were planning to take all of their courses online as a consequence of the coronavirus pandemic would have faced deportation — or a transfer to a university offering in-person classes. The directive’s effect would have been to pressurize universities to resume in-person tuition — at a time when the administration’s botched response to the coronavirus and a premature easing of preventive measures have worsened the pandemic.

As the universities successfully argued, the measure would have created hardship for hundreds of thousands of students — and their families — as people were forced to abandon their studies, leave the United States or move to different institutions. It would have endangered their health and further increased infection risk by forcing students to attend classes in person. Moreover, all of this would have caused complete chaos for university authorities trying to plan for their communities in the middle of the pandemic.

But the proposal’s defeat cannot erase the underlying impression that this administration does not value the talents and contributions of the more than one million international students currently living in the United States. This sentiment is also reflected in the 22 June announcement that the United States would stop issuing H-1B visas until the end of the year. These are essential visas for many international faculty members and postdoctoral researchers.

That is why, as universities celebrate some rare good news, they need to keep up the fight — for their students and faculty, for international cooperation, for scholarship and for research. At a minimum, they should work to ensure that all students can continue to attend online classes as necessary during the COVID-19 pandemic. Nobody should feel forced to risk their health for an in-person class just to retain their immigration status.

Beyond that, universities need, once again, to combine their voices and persuade more of their fellow citizens — as well as their elected representatives — that international students are an irreplaceable resource. Not only do these students help to support universities through their tuition fees and hard work, they energize the communities where they live, and advance their fields with diverse viewpoints and insights. One of the bitterest ironies is that excluding international students would set back the essential work being done by researchers to bring this pandemic to an end. Science simply cannot function, let alone flourish, without a global contingent of ideas.

Such arguments will cut no ice with the Trump administration, and it might be that the White House will rethink its deportation strategy, using different means. ICE failed on this occasion, in part, because the new directive contravened its earlier (13 March) guidance assuring students that they could do their courses online — and would be exempt from the usual requirement that they attend classes in person — for the duration of the pandemic. The next attempt to reduce international student numbers might be legally more watertight.

But, for now, US universities must be commended for standing up and challenging an injustice; and for sending a siren message to the world that international scholars are more than welcome on the nation’s shores.