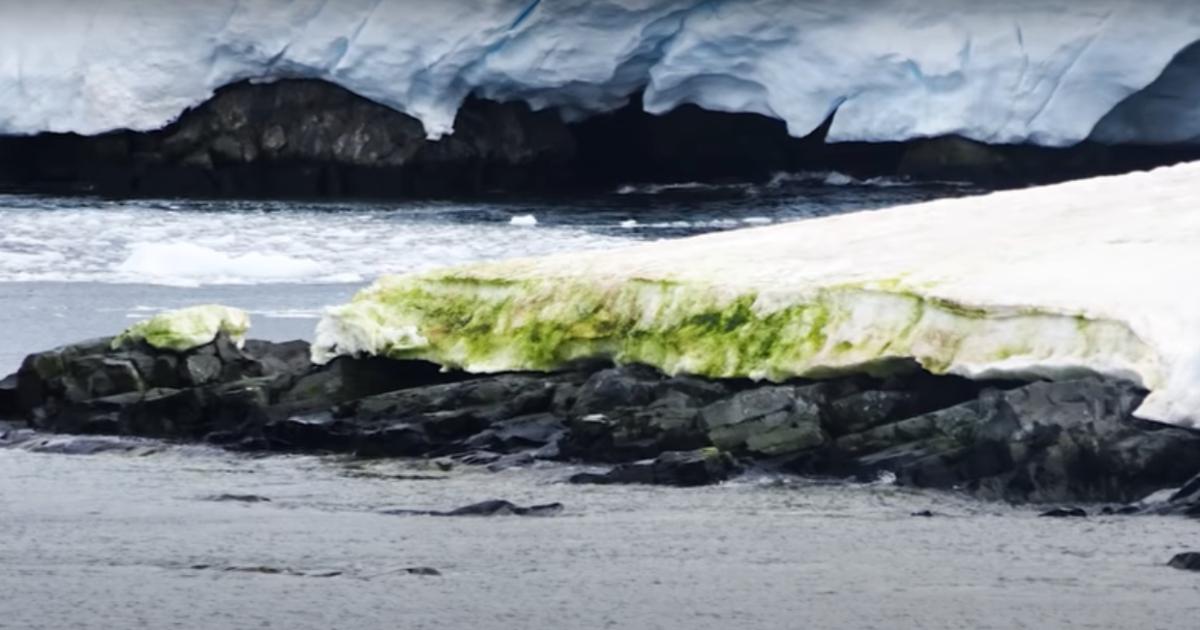 Snow in some parts of Antarctica is turning green from blooms of algae thriving in the snow. Green snow algae grow mostly on Antarctic coastlines, in areas where it is warmer.

In order to survey the extent of the algal bloom, Andrew Gray, Matthew Davey, and his colleagues from the University of Cambridge did a study to estimate the distribution, size, and biomass of snow algal blooms in certain regions of the Antarctic Peninsula.

To confirm the reliability of the satellite data, the two islands were visited. The team noted that the growth of the green snow algae is linked to the presence of excrement of marine and mammals which serves as a natural fertilizer, hastening its growth.

CHECK THIS OUT: Nature is Healing While Humans Quarantine | Governments Find Ways to Protect the Earth

Sixty percent of the green snow algal blooms were found within penguin colonies. Nesting sites of other birds such as skuas and areas where seals are present were also marked with the presence of green snow algae.

The study found  1,679 snow algae blooms covering up to 1.9 square kilometers. The area covered with algal blooms can absorb 479 tonnes of carbon dioxide from the air every year, the study team estimates. The said amount is equivalent to carbon emitted by about 875,00 average car journeys in the UK, Gray said.

WOW: EU Plans to Have 3 Billion Trees Planted by 2030, Other Strategies to ‘Bring Nature Back Into Our Lives’

The algae, according to Gray, could cause more snow to melt. Its dark color will reflect 45 percent of light. In contrast, the fresh snow reflects 80 percent of light hitting it. The dark color absorbs more heat from the sun causing the rate of snowmelt to increase in the area.

The researchers said that the Antarctic Peninsula has experienced the most rapid warming in the 21st century.

On February 6, 2020, the hottest temperature on record for Antarctica was recorded by weather stations. The warm temperature was recorded for nine days, from February 5 until February 13, melting 1.5 kilometers (0.9 square miles) of snowpack or 20 percent of seasonal snow accumulation in the region.

FIND OUT MORE ABOUT: The Strange Sense of Direction of Migratory Animal Species

Climate models showed that Eagle Island experienced a peak melt of 30 millimeters or one inch on February 6, the hottest day on record. The snowpack of Eagle Island was reported to have melted 4 inches from February 6 to February 11.

The heatwave in February was the third major melt since 2019, according to Mauri Pelto, a glaciologist. Warm spells were also experienced in November 2019 and January 2020.

WHAT DO YOU THINK? School Gardens: A Must for Learning | Should Every School Have One?