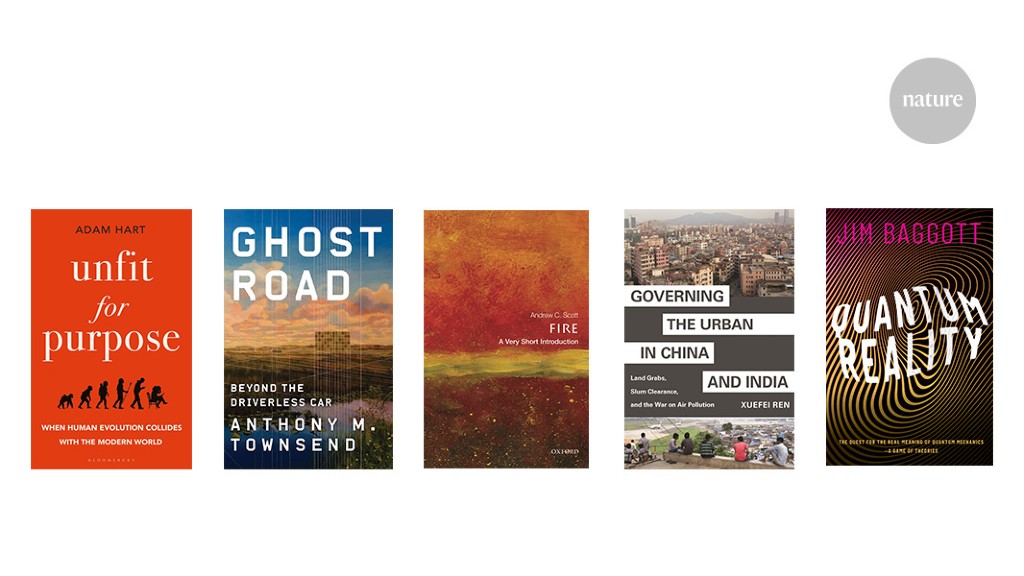 “We all need to think about fire — after all, where would we be without it?” says Earth scientist Andrew Scott. Fire helped the earliest humans to keep warm, start cooking, craft metal weapons and develop social lives. Today, it is connected with chemistry, botany and climatology, rural and urban planning, emergency services and international politics. All these are covered in this thoughtful, global introduction. Astonishingly, we learn, ants’ tiny paths can provide a firebreak against slow-burning surface fires in the Amazon rainforest.

The idea of light’s ‘wave–particle duality’ dates from Thomas Young’s 1801 double-slit experiment. Ever since, physicists have struggled with its implications for reality. Richard Feynman called it “the heart of quantum mechanics”, its “only mystery”. Here, former experimental physicist Jim Baggott says quantum mechanics is “completely mad”, but wrestles expertly with its history and current state, integrating physics with metaphysics. “On balance”, he prefers Albert Einstein’s realism: experimentation demands a strong belief that reality exists.

Biologist and broadcaster Adam Hart’s thought-provoking, if pessimistic, book asks: how do our primate origins relate to existence in today’s technological jungle? “Rather than helping us, our evolutionary heritage now conspires with the modern world to leave us spectacularly ‘unfit for purpose’,” says Hart. The stress response that once saved us from predators is now killing us, as we pack into our lives microstressors ranging from unsuitable foods to social media — becoming worriers rather than warriors.

In the 2010s, 75% of Americans drove to work alone each weekday; only 5% worked from home. So driverless cars were alluring in 2013, when urban planner Anthony Townsend published Smart Cities. Yet by 2018, an American Automobile Association survey revealed 73% of drivers to be afraid of fully automated cars. Today, Townsend foresees a future of “ghost roads” full of driverless corporate vehicles satisfying a growing appetite for instant delivery of goods — to homes where more Americans will work full-time.

Governing the Urban in China and India

Rocket Lab blames Electron launch failure on electrical problem
Our Next Mars Rover is Headed to The Red Planet on This Week @NASA – July 31, 2020
Tracking illegal fishing? There’s (finally) an app for that
China’s coronavirus vaccines are leaping ahead – but face challenges as virus wanes
Tesla might still move out of California, Elon Musk warns