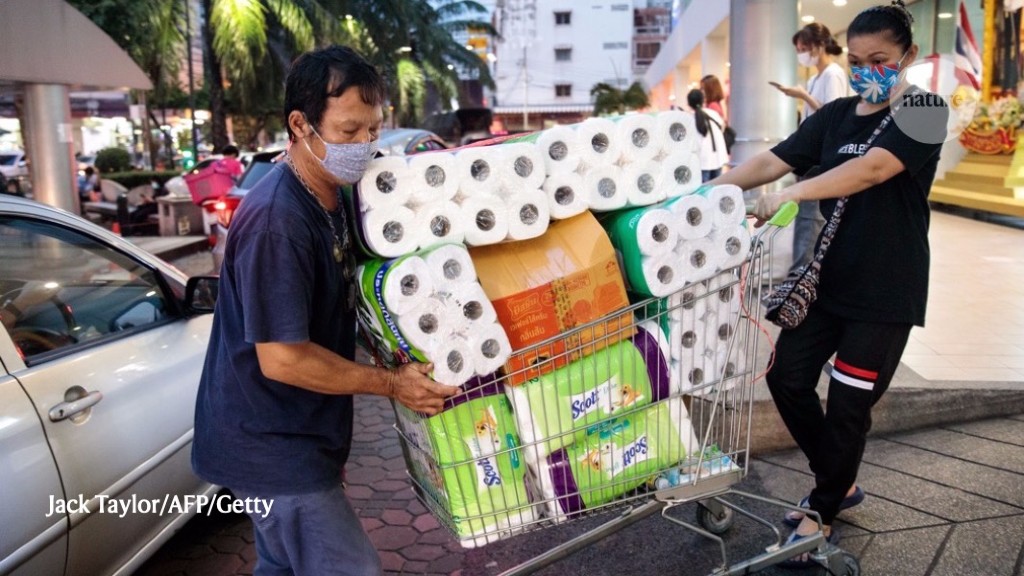 People who felt seriously threatened by the COVID-19 pandemic are more likely to have stockpiled toilet paper in the pandemic’s early days than are those who were less worried about the disease.

As the new coronavirus began to spread across the Western Hemisphere this year, sales of toilet paper skyrocketed by up to 700% from February to March, prompting psychologists to argue about the reason for the buying spree.

Theo Toppe at the Max Planck Institute for Evolutionary Anthropology in Leipzig, Germany, and his colleagues surveyed 996 people in 22 countries across North America and Europe about how they purchased and stored toilet paper. Participants also ranked the threat of COVID-19 on a ten-point scale and took a test that rated them on several core personality traits.

Those who placed COVID-19 high on the risk scale were the most likely to bulk-buy toilet paper. Emotional people tended to worry most about the disease and thus tended to stockpile. Conscientiousness was also linked to stockpiling.

However, the variables studied accounted for only 12% of the variability in hoarding, so other factors must also influence people’s purchasing, the researchers say.