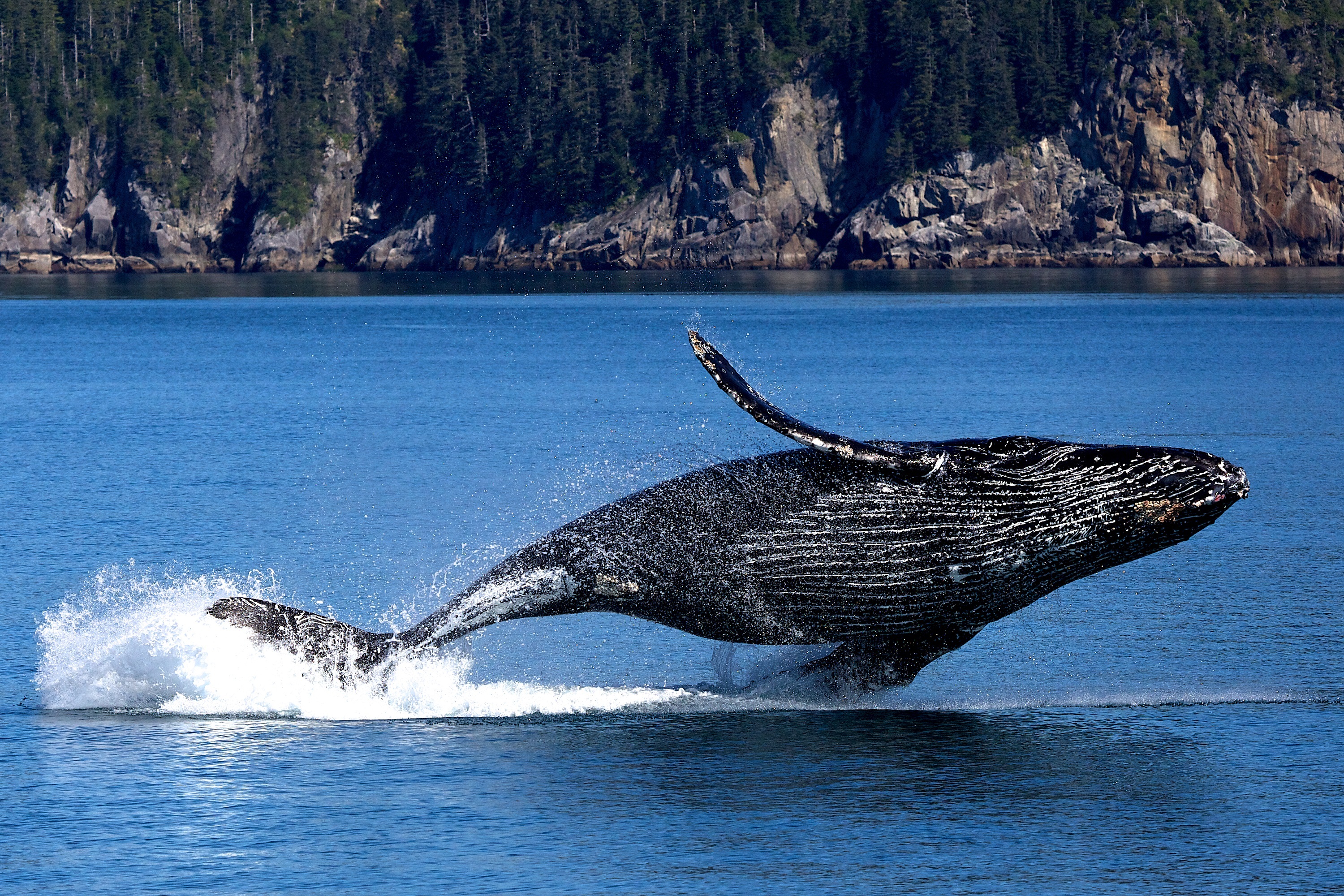 A 3.5-foot long juvenile whale was found beached in Ocean Shores. It died from what appears to be blunt force trauma despite its being in good nutritional condition, the National Oceanic and Atmospheric Administration announced.

NOAA spokesperson Micheal Milstein ruled the death to blunt force trauma consistent with a ship strike. More information on the death of the young humpback whale will be released next week.

Earlier this month, a humpback whale struck by a state ferry in Puget Sound. But the whale has not been found yet. 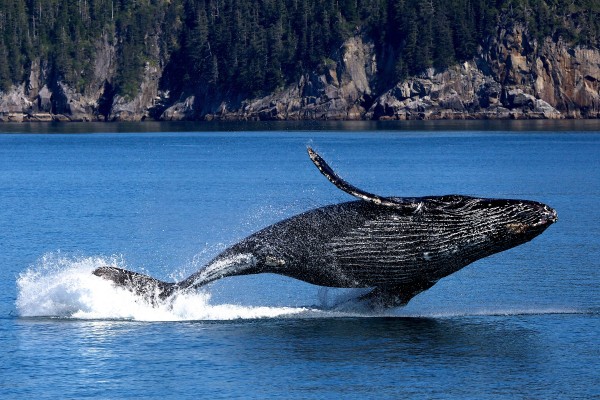 (Photo: Wikimedia Commons)
A 3.5-foot-long juvenile whale was found beached in Ocean Shores died from what appears to be “blunt force trauma” despite it being in “good nutritional condition,” the National Oceanic and Atmospheric Administration announced.

Humpback Whale Struck by a Ferry

Earlier in July, a humpback whale was reportedly struck by a state ferry, although the animal has not been found yet.

A pair of a whale was spotted on Monday: a more massive whale and a smaller whale. According to witnesses, they saw an animal surface directly in front of the ferry M/V Tokitae approaching a terminal.

A search team from NOAA was dispatched on Tuesday, a day after the incident, but it did not continue until Wednesday.

Washington State Ferries is investigating the incident. Crew and passengers said that they did not notice the imminent strike and were unaware of any event.

According to NOAA, they could not locate the smaller whale, but the more massive whale was spotted on Monday night.

A gash in the whale’s flesh and scuff marks in the side was spotted. The photos used to determine the whale shark’s injuries were new and were not present when it was placed on July 4 and 5.

Dana Warr of Washington State Ferries said that the state investigation on the incident is still ongoing. NOAA deems that the animal was struck. The whale seems to have appeared right under the bow, which the crew on the bridge might not have noticed.

Christopher Hanke, the captain of Sarasota, a whale sight-seeing boat, said he earlier spotted a pair of humpback whales in the ferry dock, so he alerted the nearby ferries, which then acknowledged the call but may have been too late.

He added that the ferry followed its system: the fleet was alerted of the whale’s presence, and Tokitae began slowing down.

However, ferries take longer distances to stop compared to smaller craft. Warr said it often takes hundreds of feet to slow down from cruising speed. He further explained that

The captain must have been looking way out in front, not ten feet in front of the boat. He must have stopped too late already.

In May 2019, a ferry struck and killed a juvenile whale in Elliot Bay.

The whale emerged right in front of the boat and was hit and was then spotted bleeding nearby.

At that time, a Washington State Ferries captain explained that they had difficulty predicting the whale’s movement. The last similar incident recorded was 30 to 40 years ago.

Warr said that two incidences of boats hitting whales in a year is very unfortunate and rare.

READ NEXT: Wild Dolphins Apparently Have a Range of Personalities

Why Psychology Tells Us What We Already Know
WHY IS THERE A MOON? …. and more!
This Planet Used to Be the Core of a Gas Giant? | SciShow News
Chasing bats at dawn
How Jupiter’s Moons Showed Us the Speed of Light