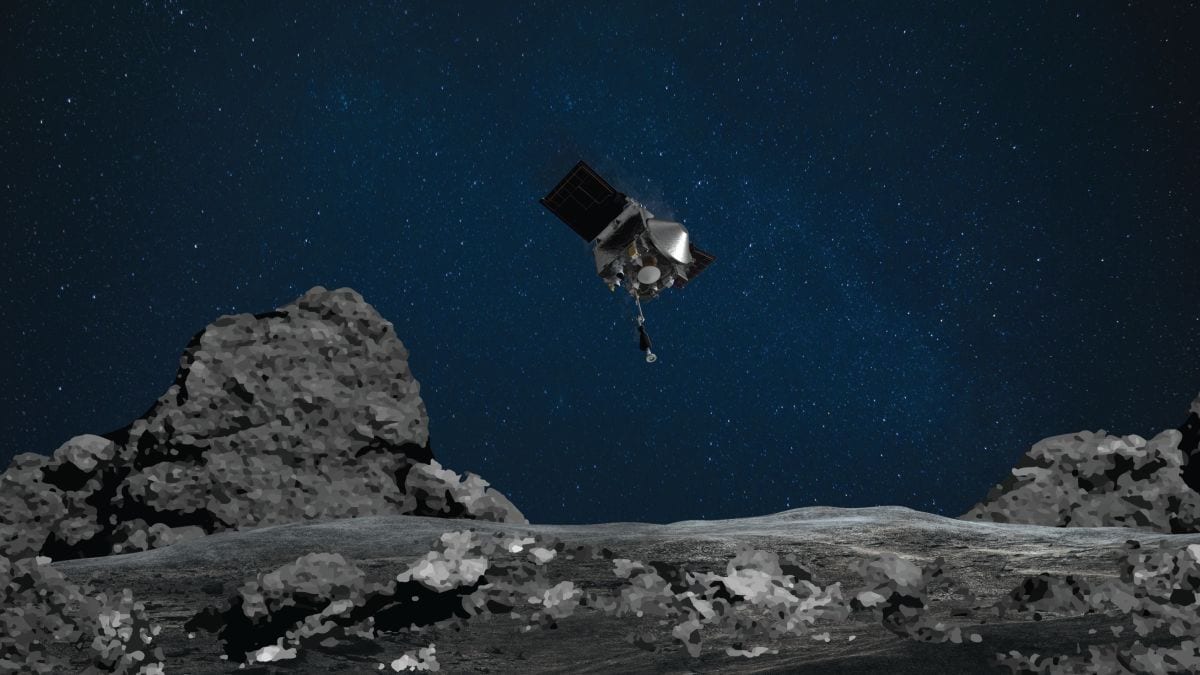 After a four-year journey, NASA’s robotic spacecraft OSIRIS-REx will descend to asteroid Bennu’s boulder-strewn surface on October 20, touching down for a few seconds to collect rock and dust samples, the agency said Thursday.

Scientists hope the mission will help deepen our understanding of how planets formed and life began and provide insight on asteroids that could impact Earth.

“Years of planning and hard work by this team are essentially coming down to putting the TAGSAM (Touch-And-Go Sample Acquisition Mechanism) into contact with the surface for just five to 10 seconds,” said Mike Moreau, OSIRIS-REx deputy project manager.

NASA has chosen a site called Nightingale, a rocky area 52 feet (16 meters) in diameter, for the spacecraft’s robotic arm to attempt to collect a sample, because it holds the greatest amount of unobstructed fine-grained material.

Because the spacecraft and Bennu will be approximately 207 million miles (334 million kilometers) from Earth, it will take about 18.5 minutes for signals to travel between them.

This prevents the live commanding of flight activities, so the spacecraft will need to perform the sequence autonomously.

OSIRIS-REx is supposed to collect at least 2 ounces (57 grams) of Bennu’s rocky material to bring back to Earth, the largest sample return from space since the Apollo programme.

Are Apple Watch SE, iPad 8th Gen the Perfect ‘Affordable’ Products for India? We discussed this on Orbital, our weekly technology podcast, which you can subscribe to via Apple Podcasts, Google Podcasts, or RSS, download the episode, or just hit the play button below.