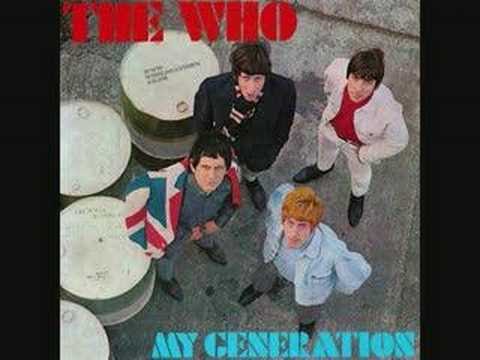 Pete Townshend’s gritty guitar style may have helped define The Who’s sound, but it’s also the inspiration behind a recent Physical Review Letter. The wailing—even screeching—so characteristic of his style is a prime example of guitar feedback, which occurs when the amplifier’s noise makes it back to the guitar and causes the strings to vibrate. These vibrations are picked up by the microphone and amplified in turn until the note reaches ear-splitting levels—perfect for a chaotic rock concert:

Not all feedback is deafening, though. Those signs that flash your speed disapprovingly use feedback to encourage you to ease off the gas, and your heating system regulates itself the same way. Without feedback, cells could not maintain homeostasis —but the principle also has frightening implications for climate change

Regardless of the specifics, all feedback loops follow the same general pattern. It all starts when a system releases a measurable signal about its state (for example, the guitar string sends out sound waves). The signal is then captured by a measurement device, which adjusts some parameters in response; Townshend’s amplifier simply makes the guitar string’s noise louder. This modification is then fed back into the original system, which releases some new signal and starts the loop over again.

Now feedback loops might be the key to controlling quantum phase transitions, according to the paper recently published by Denis Ivanov and his colleagues at St. Petersburg State University and the Universidad Nacional Autónoma de México

Like feedback, phase transitions are common in our lives: water vapor condenses into rain, factories melt plastic before molding it, and Jell-O sets deliciously in the refrigerator. Each of these is caused by a change in the thermal energy (i.e. temperature) of the material; when this quantity passes a so-called critical point the material undergoes a fundamental change in the property.

Variables other than temperature can also induce phase transitions, though. At absolute zero, parameters like pressure and the presence of photons can cause observable changes, like making an opaque material translucent. These non-thermal transitions are known as quantum phase transitions, and they are notoriously difficult to control.

In the model they developed, as the quantum material fluctuates on the border between two phases it releases tiny bits of information about its state in the form of photons. The classical detector then captures this information and uses it to adjust the parameters of the quantum system in real-time. When done just right, the feedback loop can push the delicate quantum system into a phase transition and hold it there.

Although this paper is purely theoretical, on December 5th a team out of the Institute for Quantum Electronics in Zurich submitted an experimental version of this work to the prepublication site arXiv. In keeping with the theoretical predictions, this study used feedback to force ultracold rubidium-87 atoms into a self-organized state for up to four seconds—practically eons in the quantum world! The theory team thinks that this work could pave the way for studies of time crystals and quantum simulations of complicated dynamics problems. So, quantum physicists—rock on!

What happens when several thousand distinguished physicists, researchers, and students descend on the nation’s gambling capital for a conference? The answer is “a bad week for the casino”—but you’d never guess why.
Lexie and Xavier, from Orlando, FL want to know:
“What’s going on in this video? Our science teacher claims that the pain comes from a small electrical shock, but we believe that this is due to the absorption of light. Please help us resolve this dispute!”
Even though it’s been a warm couple of months already, it’s officially summer. A delicious, science-filled way to beat the heat? Making homemade ice cream.

(We’ve since updated this article to include the science behind vegan ice cream. To learn more about ice cream science, check out The Science of Ice Cream, Redux)

Over at Physics@Home there’s an easy recipe for homemade ice cream. But what kind of milk should you use to make ice cream? And do you really need to chill the ice cream base before making it? Why do ice cream recipes always call for salt on ice?