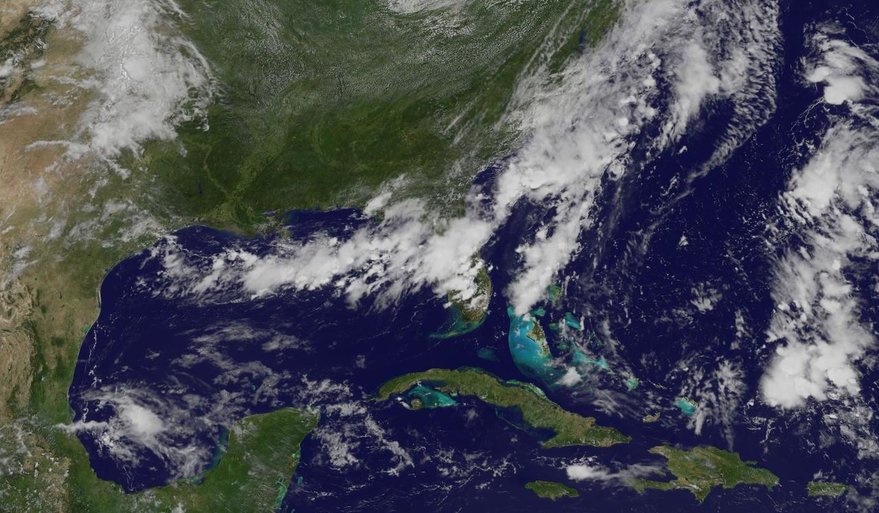 NOAA awarded ASTRA a $599,885 contract in April for a six-month study called GEO-utilization of Common LEO Architecture for Weather (G-CLAW). ASTRA intends to meet NOAA requirements for gathering weather observations in both low Earth and geostationary orbit with sensors on cubesats in low Earth orbit.

“We’re looking to minimize the number of small satellites needed to meet the requirements,” Scott Jensen, G-CLAW principal investigator and ASTRA senior vice president for technology, told SpaceNews. “The study will tell us what the configuration would look like to meet the government requirements including latency, refresh, spatial and spectral resolution.”

The ASTRA award is part of a series of contracts NOAA is issuing to investigate potential instruments, spacecraft, business models and mission concepts for the space-based architecture to succeed the Joint Polar Satellite System and Geostationary Operational Environmental Satellite R series.

Louisville, Colorado-based ASTRA plans to conduct the G-CLAW study with Science and Technology Corporation and Lockheed Martin. Through the study, ASTRA plans to show how a common 12-unit satellite could host an imager, a suite of infrared and microwave sounders, and a Global Navigation Satellite System sounder.

ASTRA’s G-CLAW architecture will attempt to satisfy most but not all of NOAA’s future satellite weather data requirements. For example, the G-CLAW constellation architecture will not include a lightning mapper.

“We’re not studying those aspects of the geostationary mission,” Jensen said.

ASTRA could mount the imager it’s developing for SMC on NOAA weather satellites. To meet NOAA requirements, ASTRA plans to evaluate infrared, microwave and radio occultation instruments currently on the market or being developed.

“It’s an enormous trade space,” Jensen said. “We’re doing a lot of trades to try to see where the knee in the curve is for the government from a cost perspective. Where do you get the most benefit in meeting requirements for the least amount of money to the government.”

ASTRA, founded in 2005, develops small satellites, cubesats and sensors. ASTRA won a Small Business Innovation Research contract from NOAA in 2019 to design a cubesat instrument for observing clouds. ASTRA also leads a NASA heliophysics cubesat mission called Scintillation Observations and Response of The Ionosphere to Electrodynamics or SORTIE. The SORTIE cubesat was deployed for the International Space Station in February.

Next Steps Taken Toward the Future of Particle Physics in Europe
We Are NASA
The Great Attractor: A Truly Massive Mystery
Here’s how beer (yes, really) is being used as green energy
A “Titanic” Myth: Would Jack Have Survived if Rose Had Shared the Door?