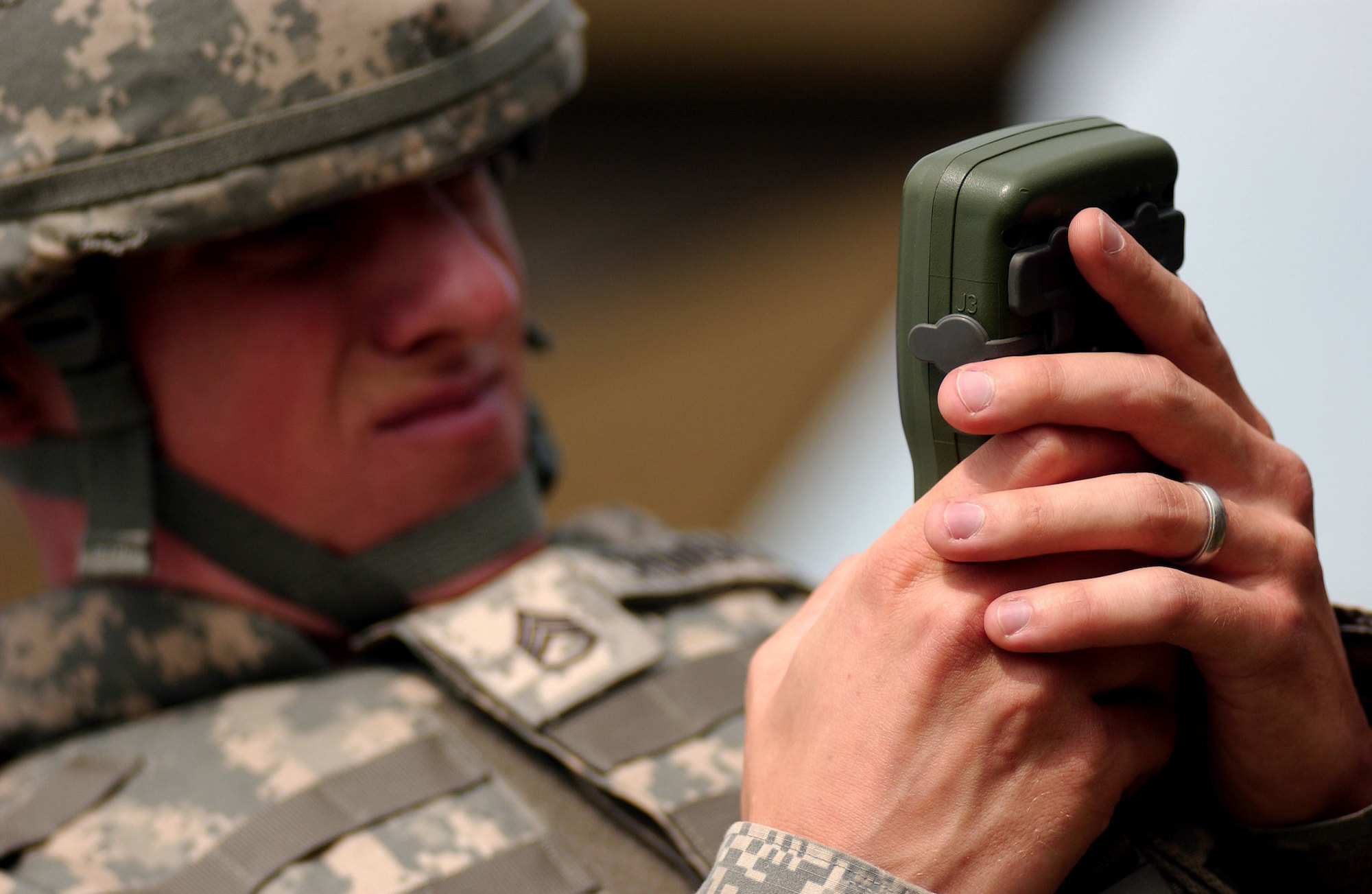 WASHINGTON — The Defense Innovation Unit’s Boston office is reviewing vendor proposals for handheld navigation devices that don’t rely on Global Positioning System satellite signals. They would be used by U.S. Army soldiers in future military conflicts when they expect GPS signals to be disrupted.

To win a DIU contract, companies have to offer commercially available products that require minimum or no additional development.

Some of the alternatives to GPS proposed include inertial navigation, optical navigation and RF navigation from communications satellite signals, Sheehan said.

Whatever solution is offered has to be packaged into a small handheld device. A career infantry officer, Sheehan is attuned to the needs of dismounted soldiers. He said anything that adds bulk or weight to soldiers’ gear generally is not well received.

Under a separate program called Mounted Assured Positioning, Navigation and Timing System (MAPS), the Army is buying devices to be installed in ground vehicles so they can operate in GPS-denied or degraded environments. The Army initially had combined the MAPS and the DAPS programs under one office but then decided to break it up.

Collins Aerospace Systems, a top military supplier of GPS receivers, announced Oct. 15 it received a contract to produce the MAPS devices. The company will deliver prototype systems for the Army to evaluate over the coming year before it decides if it wants to buy them in large quantities.

A Collins Aerospace spokesman said the company teamed up with Integrated Solutions for Systems (IS4S) for the DAPS project.

Sheehan said he could not disclose the names of other bidders.

DIU’s customer for the DAPS devices is the Army Program Executive Officer for Intelligence Electronic Warfare and Sensors (PEO IEW&S).

The Army’s goal is to eventually develop a device that combines GPS and non-GPS navigation, said Sheehan. “PEO IEW&S wants to purchase handheld devices that use alternative navigation techniques with the long term goal of integrating non-GPS with GPS based navigation into a single device so soldiers can operate effectively in and through any type of environment.”

DIU plans to award one or more contracts within 90 days, said Sheehan. In order to attract commercial vendors, DIU prefers to use so-called “other transaction” agreements that require less red tape than traditional DoD contracts. Traditional defense primes are allowed to bid for DIU projects but they must either agree to cover one-third of the cost or they must partner with non-traditional companies.

The Raht Racer Might Revolutionize Daily Commutes
What happened to all the plastic we released into the oceans? – Physics World
Daily briefing: Bees bite plants to make them flower
The planet has a problem with buildings: Here’s how smart ideas, tech and design can change that
ManTech gets $20 million contract extension for Space Force launch systems engineering