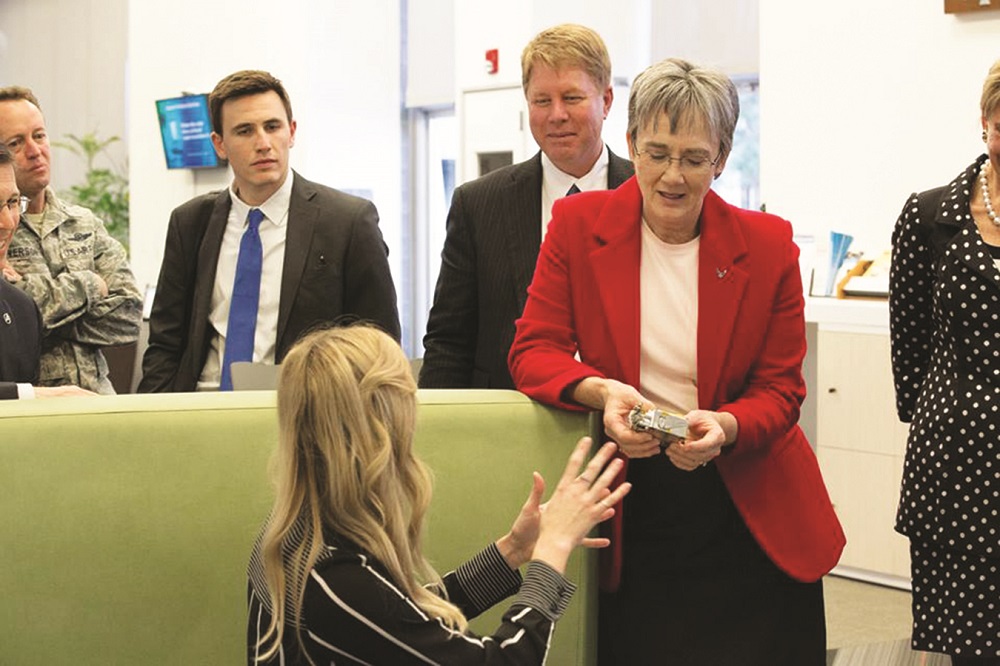 WASHINGTON — Former principal assistant to the secretary of the U.S. Air Force for space policy John Stopher has joined the Prague Security Studies Institute as a senior fellow in the space security program.

PSSI was founded in 2010 to focus on international security and partnerships.

Stopher stepped down from his post as space policy adviser to former Air Force Secretary Heather Wilson on July 19. He decided to join PSSI “to help bring attention and focus to a more comprehensive approach to developing a framework for international space security,” Stopher told SpaceNews.

“The space debate evolved quickly in the U.S. over the past few years and it can be argued that we moved from a ‘space is important’ discussion directly to establish a Space Force without fully developing the foundation and full scope of our goals,” Stopher said. “Global space security will require a more comprehensive framework, one that involves every element of national power and a network of countries that value a free and open space domain.”

The newly established U.S. Space Force and U.S. Space Command “bring the military aspects to the debate but that alone will not lead to global space security,” Stopher said.

U.S. partnerships with allies have to remain a central focus, said Stopher. “Current efforts to work with allies in space span from research and development, to education, training, and exercises, to interoperability and sharing data. Still more needs to be done, like expanding beyond our traditional partnerships,” he said. “We need to be able to build international coalitions based on our joint values. This will hopefully minimize the likelihood of a crisis in space.”

Space weapons, orbital debris and a lack of international rules also are key concerns. “We have few if any mechanisms to set verifiable limits on space weapons, risky behavior and uncontrolled debris,” Stopher said. “Our current framework is not sufficient, new rules need to be developed.”

Space security requires “rigorous methods of verification that address weapons in space and on the ground,” Stopher said. “We also need a multitude of ways to deter bad actors.”