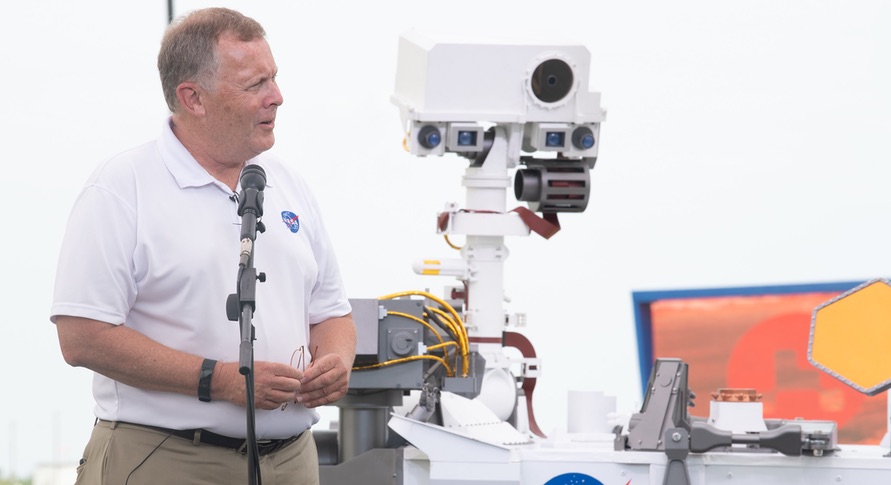 WASHINGTON — A coronavirus pandemic spending package introduced in the Senate this week would provide $1.5 billion in supplemental funding for NASA, although agency leadership says the exact amount of money the agency needs to cover its costs remains to be determined.

The bill, introduced July 27 by Sen. Richard Shelby (R-Ala.), chairman of the Senate Appropriations Committee, provides $306 billion in supplemental funding overall, and is part of a broader “Phase 4” relief package estimated to cost at least $1 trillion. Shelby’s bill, formally known as the “Coronavirus Response Additional Supplemental Appropriations Act, 2020,” is intended to cover costs incurred by various government agencies in response to the pandemic.

The bill includes $1.5 billion for NASA “for expenses of modifications of the terms and conditions of contracts and agreements as authorized in section 3610 of division A of Public Law 116–136,” the text of the bill states. That law, known as the CARES Act and passed March 27, includes a section allowing agencies to continue to pay contractors who could not work on site because of the pandemic so that they can “keep its employees or subcontractors in a ready state.”

NASA effectively closed all of its field centers and other facilities in March in response to the pandemic, allowing only mission essential personal and some other critical staff at its sites. The agency has started to allow more personnel on its sites but otherwise requires staff to telework.

“The CARES Act has been tremendously helpful,” NASA Administrator Jim Bridenstine said in May, citing that specific CARES Act provision for contractors. “We need to keep people healthy and safe at home, and keep people employed so that when we’re ready, we can get everybody back into action.”

That provision, though, is costly to NASA. “They were in the hundreds of millions of dollars per month of impact. It’s non-trivial,” Steve Jurczyk, NASA associate administrator, said of the overall costs the agency had incurred because of the pandemic at a June 9 meeting of the National Academies’ Aeronautics and Space Engineering Board and Space Studies Board. He did not have available specific cost estimates, including the CARES Act payments to contractors.

The Senate bill offers very specific funding levels for NASA’s various budget accounts, but does not specify how those funds should be spent other than to cover contractor costs under section 3610 of the CARES Act:

NASA’s total costs, though, are still in flux. “Those numbers, as far as what we need, continue to change,” said Jim Morhard, NASA deputy administrator, during a media availability at the Kennedy Space Center July 29 ahead of the scheduled July 30 launch of the Mars 2020 mission. “That is a good estimate today, but that could change. It is changing as we continue to look at the impacts on cost and schedule of all our programs.”

Morhard, who had a long career as a member of the Senate Appropriations Committee staff, said NASA would “continue to work those numbers” as the bill progresses in Congress. He declined to identify any specific programs supported by the bill, saying it covered all of the agency’s mission directorates and centers.

“We are very grateful for Sen. Shelby for doing that,” Bridenstine said at the same media event, asking for support from the bill by members of both parties in the Senate and House. “There will be more impacts, and we don’t know when this pandemic is going to end. Until it does, these numbers are going to continue to change and we will be updating Congress as time goes on.”

NASA did receive $60 million in the CARES Act in March to cover some costs related to the pandemic. Jurczyk said in June that NASA was setting some of that funding aside to cover antibody testing or vaccines for employees when the agency started opening up centers.