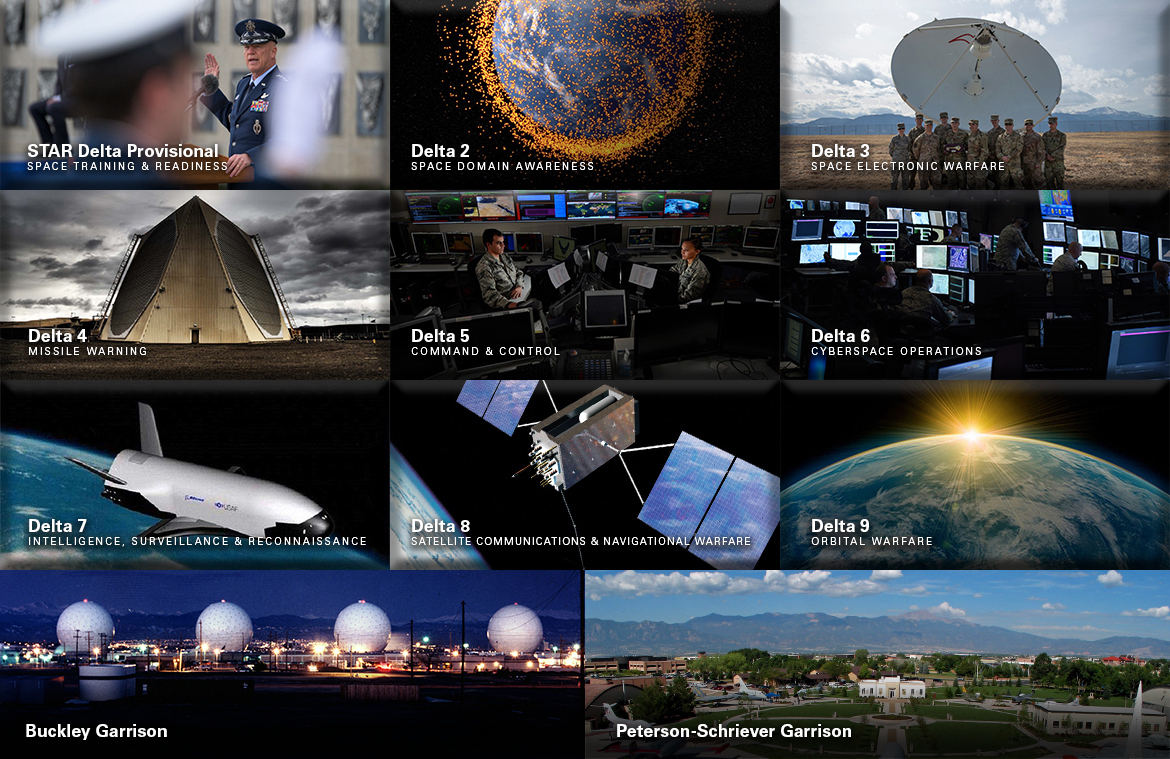 This latest realignment follows the June 30 rollout of a plan to organize the Space Force field units into three major commands. Under each command will be deltas and garrisons, with squadrons under them. Compared to Air Force organizations, the Space Force structure is flatter, eliminating one general officer echelon and one colonel-level echelon of command.

The new units are known as Space Deltas and Garrisons. Deltas are commanded by colonels and are trained for specific missions and operations. The Space Force views Deltas as the equivalent of Army brigades. Garrisons are responsible for providing support functions to Deltas assigned to their installations such as base security, civil engineering, public affairs, physicians and chaplains. Garrisons do not oversee space Deltas, they are peer organizations.

The operations of the three deactivated wings have been realigned as follows:

The other two field commands will be Space Operations Command and the Space Systems Command.

The 30th and the 45th Space Wings operate the nation’s largest space launch ranges and oversee military, civil and commercial space launches. The Space Force has not yet announced its plans to reorganize these two wings. A likely scenario is that the launch mission will be moved to a Space Delta under Space Systems Command, and the base and range support will be assigned to an existing or a new Garrison.

Report proposes actions to strengthen U.S. space industry and military capabilities
Jeff Bezos has been on a collision course with D.C. for years — this week’s hearing marks a new chapter
Intel offers disappointing Q3 earnings guidance as it delays next-generation chips
Amazon, Apple, Facebook and Google CEO hearing rescheduled to Wednesday
A loss of people and biodiversity: How the growth of towns and cities has impacted the countryside