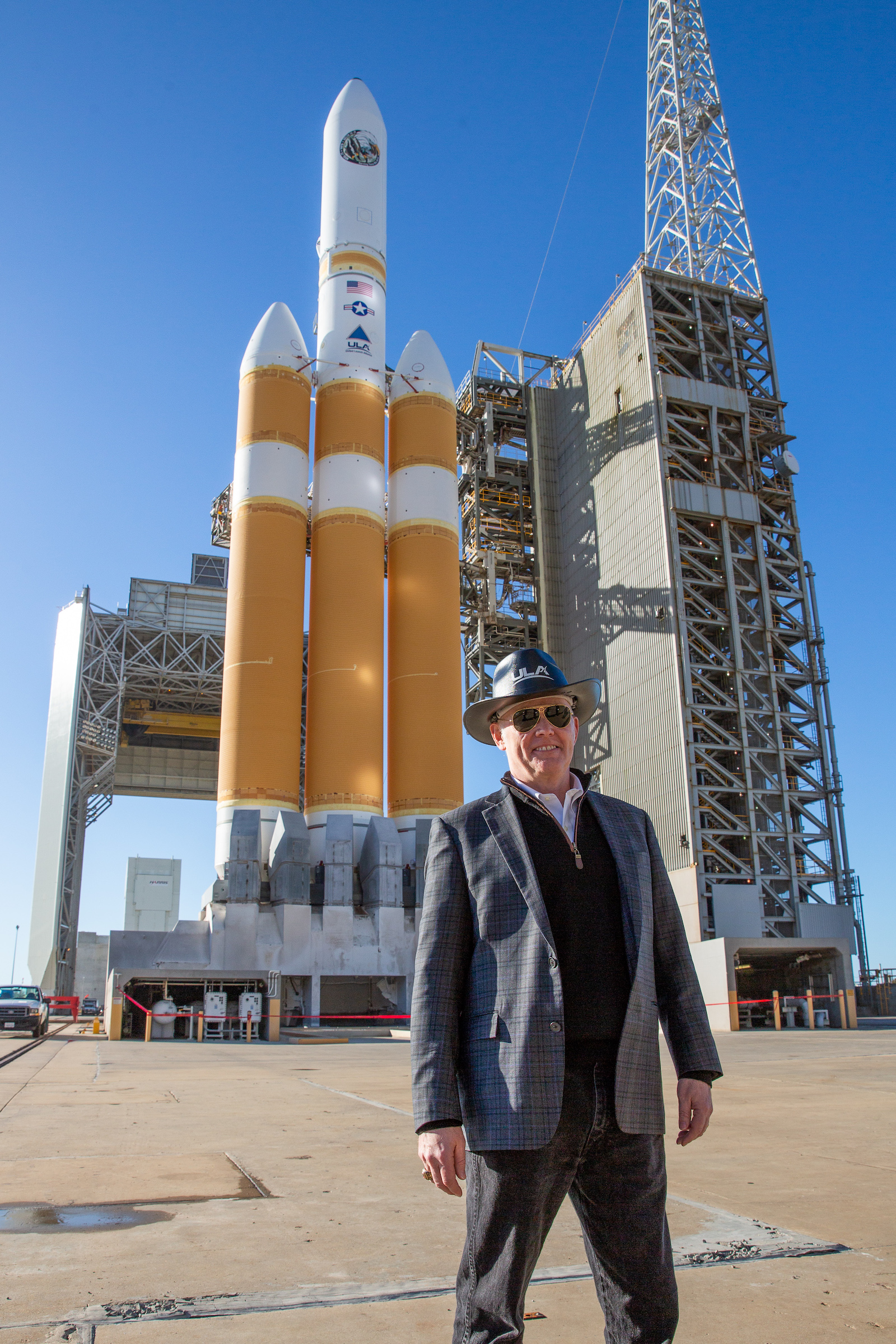 ULA and SpaceX will fly military and intelligence satellites under Phase 2 of the National Security Space Launch starting in 2022.

“I was told by Roper that ULA was the overall best value, and second place was SpaceX, so those were the two awards,” Bruno said in an interview with SpaceNews Aug. 11.

Roper announced on Friday that ULA and SpaceX were selected as the two launch providers that will fly military and intelligence satellites under Phase 2 of the National Security Space Launch program starting in 2022 until 2027.

Bruno said ULA has not yet been formally debriefed by the Air Force and the Space Force on the source selection. All competitors are expected to be debriefed in the coming days.

Since the award was announced, Bruno said he has not spoken with SpaceX leaders, although he briefly “exchanged congratulations and pleasantries” on Tuesday with Gwynne Shotwell, SpaceX president and chief operating officer, as they both participated in an industry panel on lunar resource development and commercialization.

Because it received the highest score, ULA will get 60% of the estimated 34 Phase 2 missions to be flown over a five to six-year period. SpaceX will get 40%.

Phase 2 contracts will be awarded annually, so the 60/40 split won’t be exact every year. If one of the providers is unable to fly a particular mission, it would default to the other one, and that mission would not be counted toward the 60/40 split.

The Air Force also announced on Friday contract awards to SpaceX and ULA for the first three missions of Phase 2, all for the National Reconnaissance Office. SpaceX was awarded a $316 million contract to launch USSF-67 in the fourth quarter of fiscal year 2022. ULA was awarded $337 million to launch two missions — USSF-51 and USSF-106 — in the second and fourth quarters of fiscal year 2022, respectively.

“Yeah I was honestly surprised” by those contract amounts, Bruno said.

“We were pretty gratified to see that we sold them two missions for essentially the price of one from our competitor,” he said.

“We knew we were going to be competitive” on the pricing but those numbers were surprising because all three NRO missions are “relatively similar,” said Bruno.

The Phase 2 contracts include other costs besides the actual price of the launch service. The government pays for some support and infrastructure expenses, he said, as well as “fleet surveillance” costs. Fleet surveillance is the detailed analysis of the flight performance of all the missions each provider flies for all its customers. “So they understand the health of the fleet,” said Bruno.

The actual prices that ULA and SpaceX bid for the launch services are proprietary. Bruno said he could not comment specifically on why SpaceX received nearly the same amount for one mission that ULA got for two. He said the likely explanation is that SpaceX built into its bid the cost of vehicle upgrades — such as a larger fairing and higher performing upper stage for the Falcon Heavy — to meet the requirements of the mission.

SpaceX did not respond to questions from SpaceNews on the Phase 2 contract award. Shotwell in October said the Falcon 9 and Falcon Heavy met all Phase 2 requirements.

The development of ULA’s new vehicle, the Vulcan Centaur, is being partially funded by a $967 million six-year Launch Service Agreement contract it received in 2018 from the Air Force. SpaceX competed for an LSA award but did not receive one.

Phase 2 contracts are “firm fixed price,” said Bruno. “It was up to the bidders to bid the price that they needed to bid to cover their costs. If you put non-recurring development expenses, you have to build it into the fixed price cost of the launch,” he said. “There is no separate line for LSA-like development money.”

Bruno said that while SpaceX vehicles are already certified to fly national security missions, they will need some new capabilities to meet certain mission requirements. “No one has all the capability today,” said Bruno. “We both have development in front of us.”

Will Vulcan be ready?

Bruno said the development of Vulcan is moving forward in preparation of its maiden flight in 2021.

“We will be able to get Vulcan certified after two flights,” he said. The first mission is a lunar lander for Astrobotic, a NASA contractor that will deliver payloads to the moon. The second planned flight is for Sierra Nevada’s Dream Chaser cargo spacecraft that will fly to the International Space Station.

The Air Force generally requires three flights for national security certification but ULA is able to get by with two flights because it agreed to give the Air Force full access to the vehicle development and engineering data.

The biggest hurdle ahead for Vulcan is getting two BE-4 engines from Blue Origin flight qualified and ready for the first flight. Blue Origin last month delivered the first test engine to ULA’s factory in Decatur, Alabama. A second is on its way, said Bruno. Two flight engines for Vulcan’s main booster will be delivered soon, said Bruno, but he could not disclose the date because it has not yet been coordinated with Blue Origin.

The Phase 2 procurement allows providers to offer a backup vehicle in the event the primary rocket is not ready on time.

“We offered Atlas 5 as an alternative vehicle,” said Bruno. “We know some of the missions that will be awarded in Phase 2 are missions that Atlas has flown before.”

Vulcan prices will be lower than Atlas, said Bruno. The reduced pricing is the result of a “corporate transformation we undertook when I came on board in 2014,” he said.

To cut overhead, ULA shed facilities, eliminated staff, reorganized its supply chain, retired the Delta 2 and Delta 4 Medium vehicles, and reduced the number of Atlas 5 configurations, Bruno said. “Our prices are lower than when we were carrying all that infrastructure.”

Judge blocks Trump administration’s ban on new TikTok downloads from U.S. app stores
The Science of Dreaming
Siemens Energy debuts in Frankfurt as CEO stresses need for ‘interim solutions’ in the sector
Palantir reference price for direct listing comes in at $7.25 a share, NYSE says
Biden campaign slams Facebook for ‘regression’ in its efforts to safeguard the election