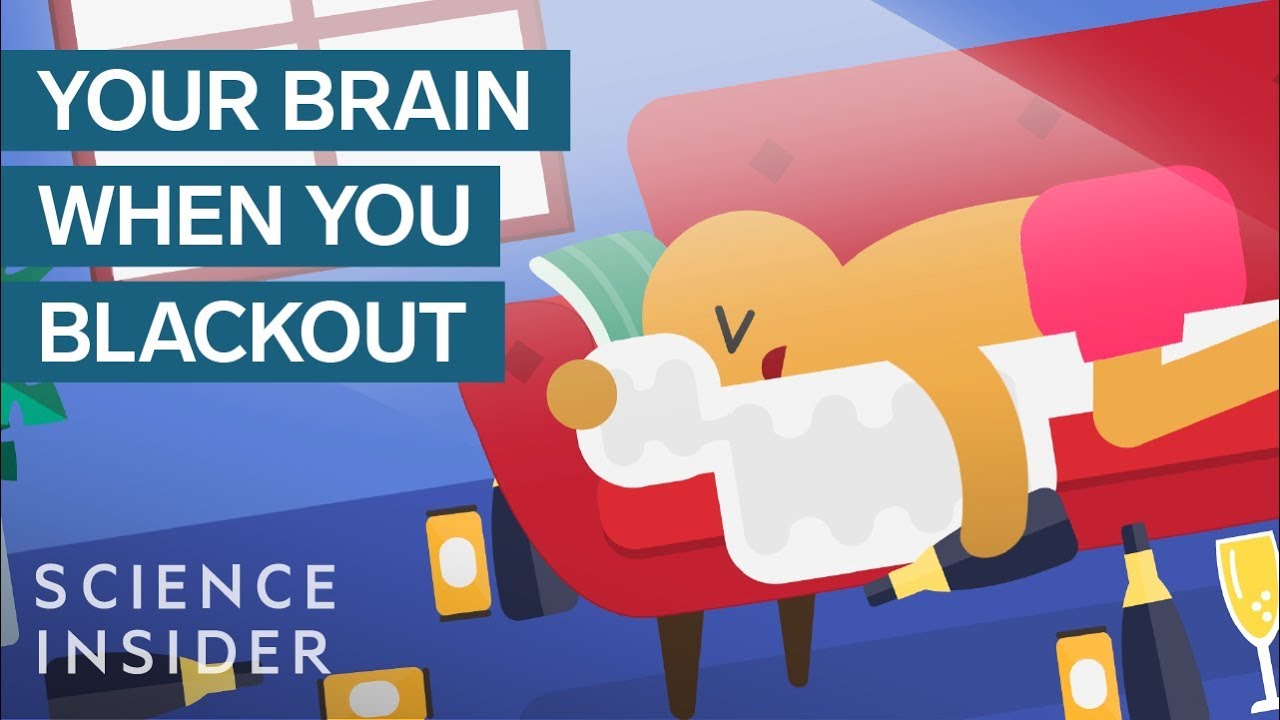 Saturday, 12 PM. The light burns. Your head throbs. And you have no recollection of how you got back home. Don’t worry, you’re not alone. More than half of college students experience blackouts, according to several studies. And let’s be clear. Blacking out doesn’t mean passing out. You were probably awake and aware the entire night. So then, where did all those memories go?

Let’s rewind to Friday night. Normally, whenever you have an experience — like a conversation — a part of your brain called the prefrontal lobe stores that information in short-term memory. Then, another part of your brain called the hippocampus weaves those experiences together so they can be stored away as long-term memories. So the next day you remember “the party” as a whole instead of “smell of sweat,” “house music,” “Jen was there.”

But here’s the key part: storing these episodes in long-term memory requires special neurotransmitters. But your liquor shots prevent the neurotransmitters from working properly. So, instead of remembering the party, all you have is an incomplete or even empty file.

And the amount of alcohol in your system at the time influences how much you remember. Let’s say you’re a 73 kg adult man. And you’ve done 8 shots in 1 hour. Your blood alcohol content is probably around 0.2% by this point— more than twice the legal limit for driving a car. And your brain may still be able to store some memories. So you end up with “islands” of memories separated by missing sections. That’s called a fragmentary blackout, aka a “greyout” or “brownout”. But if you keep pounding those shots, it gets worse. Within the next half hour, you pound back another 4 shots. Now your blood alcohol content hits around 0.3%, and your hippocampus goes dark. And full amnesia sets in. This is called an en bloc blackout. And once you wake up, that entire night could be blank. Push your BAC much higher than that and…you might die.

And yet…your friends might not even realize you’re in the middle of a blackout, since the alcohol didn’t “delete” your long-term memories already safe in storage before the night began. So you can still carry on conversations and behave more or less like a typical person. To an extent. Blackouts aside, alcohol can still interfere with other regions of your brain including those responsible for reasoning and decision-making.

So during blackouts, people have crashed cars gotten into fights and committed —or been the victims of — sexual assaults. They just might not remember it.

That being said, not everyone gets blackouts. Your sex, body weight, and family history all play a roll. So that could explain why your friends recall the entire night despite downing just as much tequila. But it won’t save them from a wicked hangover the next morning.