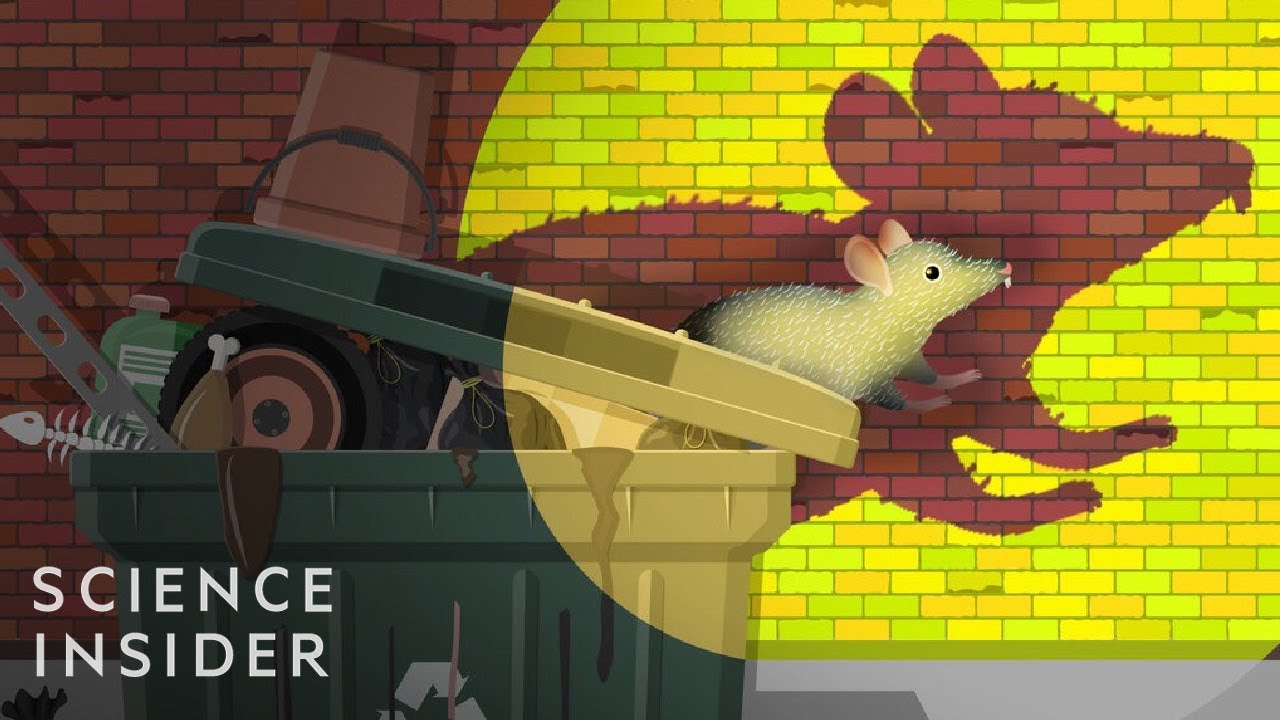 Wormtail. Professor Ratigan. The R.O.U.S. Pop culture has given rats a bad rep. And it’s understandable why.

Take northeastern India’s rat flood. Twice a century, rats swarm when bamboo forests drop about 80 tons of seeds. After they devour the seeds, they devastate local agriculture. In the 1960s, the resulting famine was so bad, it lead to a major political uprising.

It’s no wonder that the technical term for a group of rats is a “mischief”! And they’re not just a problem for farmers. These crafty rodents are the ultimate urbanites.

Meet your average city rats: Rattus rattus and Rattus norvegicus. These rats live pretty much wherever we do. Especially in cities. Take New York City, for example. We don’t know exactly how many rats call the Big Apple home. But a 2014 study gave a ballpark estimate of 2 million rats.

That means for heavily-infested areas you could have several rats per person! And in some ways, rats are better suited for living in cities than people. They can climb brick walls, “tightrope walk” over telephone cables, and their incisors grow 14 inches a year. Which lets them gnaw into anything — including everywhere you don’t want them.

But their most powerful ability? Rats are clever. Too clever. Scientists have shown that rats can learn to use tools. And when offered the choice between a chocolate and freeing a trapped friend. Rats chose to free their friend over chocolate!

Translate those smarts to the real world and rats easily avoid traps. Trying to poison them won’t help much either. Rats are extremely patient when it comes to new foods. They’ll taste just a tiny portion at first, wait to see if that food makes them sick and only then, consume the rest if it’s safe.

This is called “delayed learning” and it’s why rats are notoriously difficult to poison. Plus, they can develop resistance to many poisons over time so even outwitting them might not work in the long run.

Another major issue is that rats reproduce quickly. A single doe usually has 8-12 pups every 8 weeks! And those babies can have pups of their own after only 5 weeks!

So as long as they have access to food, rat populations will rebound from just about any attack. The only attack they can’t handle is improved sanitation.

And cities are using that to their advantage. In 2017, for example, New York City launched a $32 million war plan against its rats. Eliminate 70% of the rats in its 10 most-infested neighborhoods.

The plan is simple. Cut off their food source.

You see, NYC produces around 33 million tons of trash a year — more than any other city on Earth! The trash piles aren’t getting any smaller but the city can at least make it harder for rats to reach by replacing traditional trash compactors with a mailbox style opening.

Judging from the thousands of years where rats came out on top it sounds a tad optimistic.

While wild rats are problematic pests, pet fancy rats are another story. They don’t spread disease and are social, smart, and easily trainable.

And get this, one amazing study found that rats giggle when you tickle them!